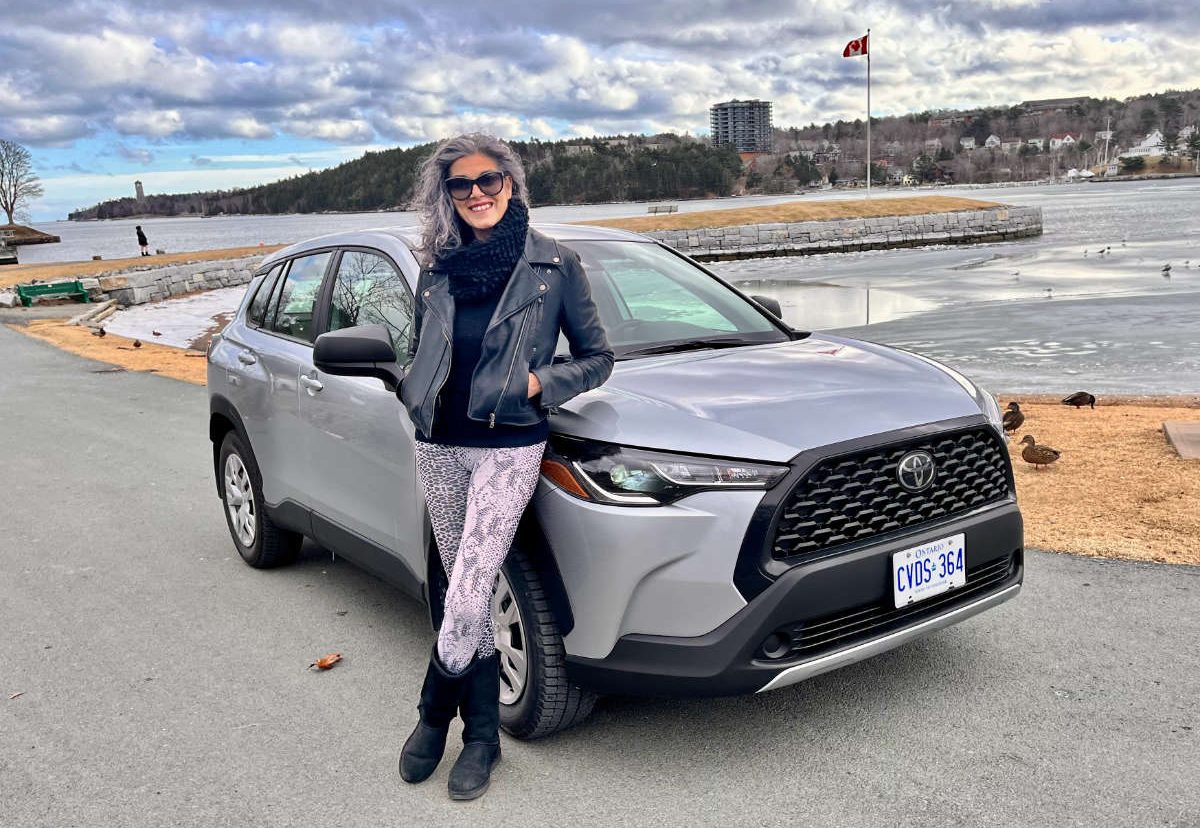 Wheel Woman: The 2022 Toyota Corolla Cross is not a wagon!

“I’m telling you,” Garry insists, “It reminds me of a little European wagon.”

After a week in the 2022 Toyota Corolla Cross, I still can’t understand Garry’s persistence in getting me to admit it looks like a station wagon. Maybe a bit when I see it parked on the street in front of my office window.

What do you think? Is the 2022 Toyota Corolla Cross a wagon?

Kudos to Toyota for building a clean-cut handsome subcompact crossover that taps into the name ‘Corolla’. Might as well ride the coattails of the planet’s best-selling car.

I like the simple interior, all Corolla, including a real key in the ignition! The nice-looking, sturdy-feeling steering wheel may not be heated, but something’s gotta give when the price tag is under $25,000.

And you do get a lot for that price.

A coffee spill in the driveway (wasn’t me) demonstrated how easy it is to clean the utilitarian material of the seats. The quilted look, all the rage in luxury vehicles these days it seems, gives the basic cabin an upscale touch. So does the fit and finish and elegant hints of brushed chrome.

No rear wiper? Shouldn’t that be a standard safety feature in our messy Canadian winters? But hey, as Garry (my personal peanut gallery) points out, the car looks better without the wiper.

“It makes washing the back end a much more pleasurable experience,” he grins. Hard to argue when he’s the one washing the car for me (not always, I swear).

Although it’s not available with a manual transmission, I still had fun playing around with the manual function on the gearshift, grinning while gearing down and enjoying its feisty spirit in the corners. I even didn’t mind the sound of the CVT (continuously variable transmission), something I never thought I would say, ever.

The 2022 Corolla Cross is a snappy little crossover with a tall persona that Toyota should sell in droves. Just don’t call it a wagon!