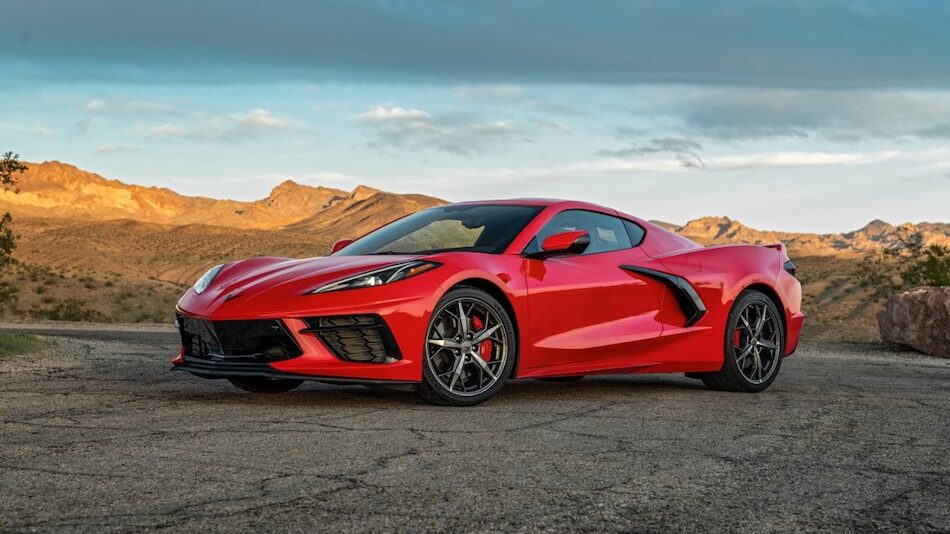 In the middle of a pandemic, a red 2020 Corvette practically glows on Moncton’s empty streets.

It might as well be the Shediac Big Lobster idling at the corner of Millennium and Vaughan Harvey Boulevards, near the city’s core. The Corvette is just that obvious.

This is not the first time I’ve seen the coupe around town. Apparently, it won’t be the last.

Text message to my mobile: “Morning, Sir. I received my 2020 Vette. Let me know if you want to look at it or anything related to your work. You are welcome to take it for a drive. Chat again.”

You are welcome to take it for a drive.

According to my buddy who bought the 3LT trim for more than $100,000 (base price is $70,000-ish), it’s the first eighth-generation Corvette (C8) in the Hub City. Such boasts of firstness are common, but this could actually be the case. He said he put a deposit on the car several years ago to ensure that he was at the top of the list. Such is the eager anticipation for Chevrolet’s first production Corvette with the engine in the back.

Word travels fast through Moncton, New Brunswick when the subject is the long-awaited arrival of possibly the first 2020 Corvette on the streets of Hub City.

The first time I saw the C8 in the flesh was at the sprawling Chevrolet booth at the 2019 Specialty Equipment Market Association (SEMA) Show in Las Vegas in early November, and getting access to the three cars — one coupe, one convertible and a C8 race car — was, well, impossible given the fortress of enthusiasts blocking any hope of a photo that didn’t involve a tangled mess of bodies.

No such problem today in front of my house, other than judgmental neighbours and some slow drive-bys, including one curious Ferrari F-430 that I’ve never seen before. Word travels fast, it seems.

One thing about the SEMA Corvettes that struck me was how wide their butts seemed to be. Looking at the red car now, I was right. It feels as though it takes a few more strides than normal to circumnavigate the C8’s arse, an experience that’s visually amplified by the expanse of flatness of the hatch that extends to the very edges of the fenders. And the height of the tail that’s essentially a collage of lights, vents, ducts and exhaust tips.

Raising the hatch is like lifting the tonneau cover of a Silverado pickup, it’s that vast. But the compact dimensions of the 495-horsepower 6.2-liter V-8 make you wonder why the bodywork needs to be this large and bulky.

The engine looks tiny in there, like a Robin’s egg in a nest. 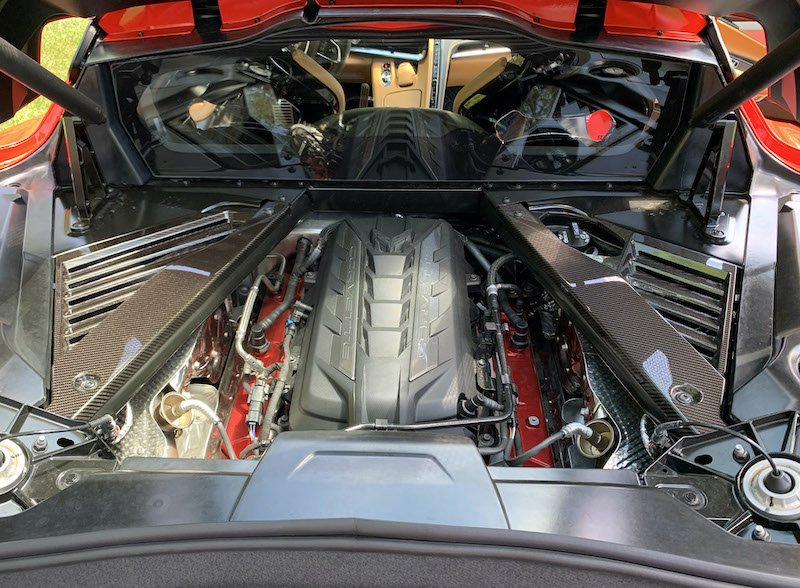 The answer is likely because of the C8’s extra junk in the truck, so to speak. Meaning that it actually has a trunk. Compare that with my Audi R8 that has much slimmer and tidier rear proportions, but no trunk at all.

I can’t guess as to why the trunk was important to Chevrolet, but the C8 will fit some luggage for a weekend getaway, unlike my R8 in which you just dump your clothing, shoes and toiletries in the small front trunk and live out of what amounts to a mid-engine suitcase. Speaking of front trunks, the C8 also has one, although it’s smaller than the R8’s.

Considering how big and wide the back of the Corvette is, one might expect a ballroom-sized cockpit with enough room to live in lockdown comfort for extended periods. That’s not the case and the reason is obvious before the doors are even opened: Look how narrow the roof section is. The side intakes located aft of the doors dig into the air like ears, at least a foot out from the side glass.

As a surprise to absolutely no one, the cabin is snug, but not in the wrong places. 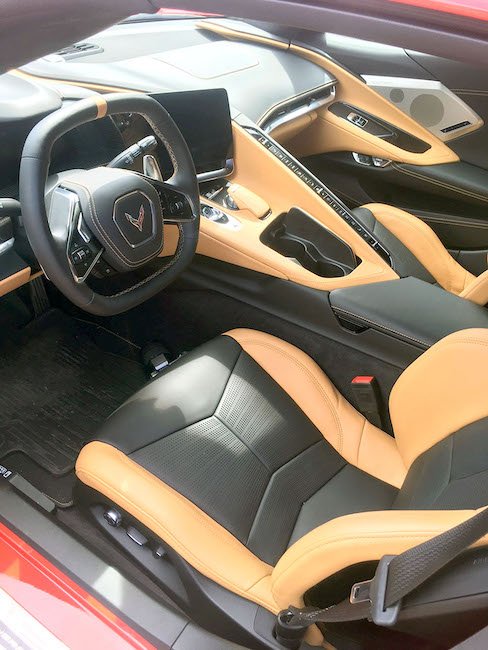 The C8’s exterior styling is not to my taste, but the interior, despite its odd centre-console partition wall of HVAC switches, is something special. Interestingly, this is the exact opposite nearly every other Corvette ever built to this point, save for the C7: Nice to look at, but with interiors that were frustratingly dated and frail.

As an experienced owner of mid-engine sports cars, I half expected Chevrolet’s first attempt to be, at best, OK to drive, and, and at worst, absolutely terrifying. Mid-engine cars tend to squirm around under hard acceleration and the steering grows lighter as the weight shift is heavily biased toward the rear. Translation? The driver has to be careful where the front wheels are pointed before hammering the throttle.

‘Incredibly stable with no surprises’ 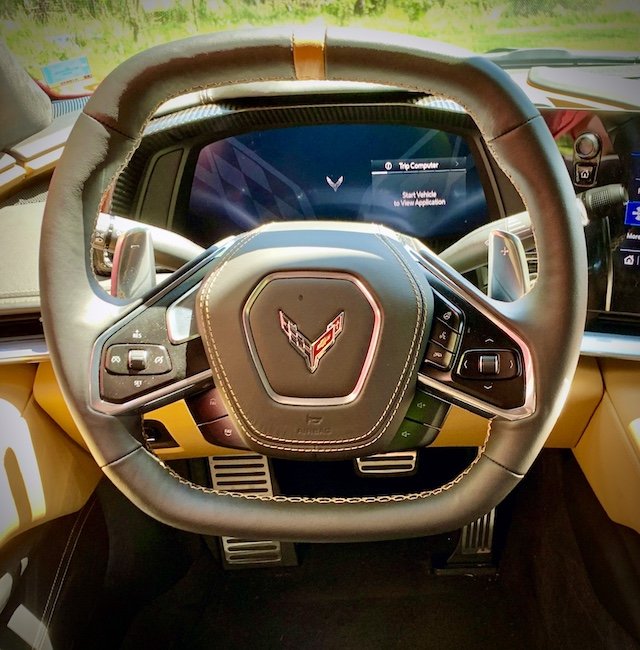 But the rookie C8 chassis acts like a total pro, brushing off dumb stabs at the gas. Above all, it’s incredibly stable with no surprises, and that’s what owners unfamiliar with the driving quirks of a mid-engine car will need when they realize the new 2020 Corvette is a car that is better to drive than ogle.

This will be more critical as Chevrolet begins building higher horsepower versions of the C8. The owner of this red C8 has dibs on the ZO6. I’ll be waiting for that text message.