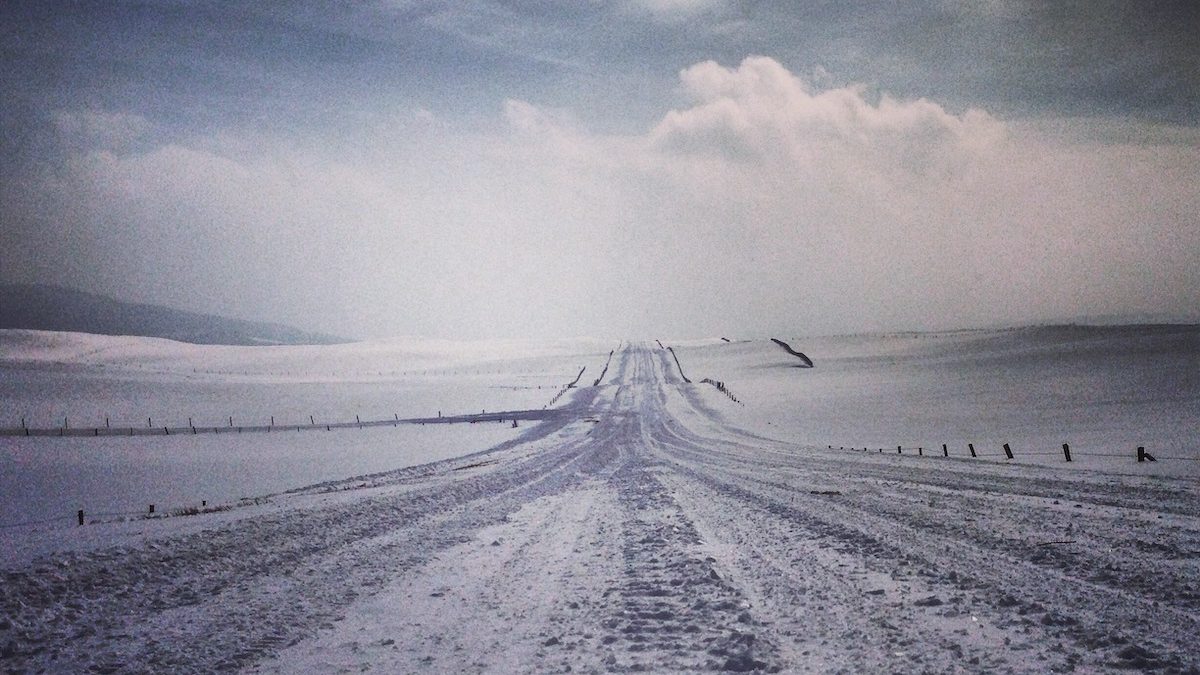 Serenade to a Drift Jumper

Winters in Canada are hard on cars. For years, I was in the habit of owning a seasonal ‘drift jumper’, something that was reliable, rugged and not to be fussed over.

In 1993, back when I lived in Moncton, New Brunswick, the car that played that role was a rustic black dinosaur that had been hanging out with my fleet for years.

The odometer had been around a couple of times and in her early life she was obviously the recipient of a few minor fender-benders. A well-worn likeable old heap, the then-15-year-old Oldsmobile Delta 88 had a well-tuned 403 cubic-inch V8 engine that could easily rattle young men’s egos at traffic lights when she shut down their high-revving GT coupes.

She was the kind of beast other cars stayed away from at all costs, because she had nothing to lose.

The Olds sported oversized Michelin snow tires, a taillight made of leftover stained glass from a local Baptist church, a perpetual sniff in the exhaust, a wimpy horn and a clock that had said 8:23 for years.

My kids called her “Black Ugly” because she was.

But she’d never let me down except for the time my ex-wife, who did her best to keep clear of the Olds, hit a pothole on the way to the mall. The confrontation resulted in the front door skin falling off and dragging along the street, dangling by the cables for the remote control side-view mirror.

No big deal – I bolted the skin back on with carriage bolts that blended nicely with the overall ambience of Black Ugly.

With winter over, was it worth hanging on to Black Ugly through the summer, clogging up the driveway while my summer vehicular prima donnas took to the streets?

Always up for a challenge, I figured visiting seven Moncton-area auto junkyards in seven hours, including the Cyclomet – a colossal auto-shredding device – would give me a chance to determine if the faithful Delta 88 was worth keeping for another winter’s battle with the elements.

It would also provide an opportunity to check out the other side of automotive assembly plants, showrooms and spec books – the proverbial end of the line.

I laid out a 300-kilometre route to a variety of potential resting grounds. First, it was a premium yard where cars were disassembled and sold in parts. With a little coaxing, the quick-eyed foreman pointed out a row of late-model, smashed-up beauties with a treasure trove of flawless quarter-panels, doors and bumpers. Too classy a joint for the Ugly one.

Then it was on to more informal yards that didn’t seem as morbid because the ‘inmates’ weren’t all late-model crack-ups.

These places held the remains of cars that just wore out, gave up their craving to cruise to lounge around for years amid the alders, birch trees and wildflowers – where faded, worn-out relics could goof off and deteriorate without fear of the dreaded shredder. 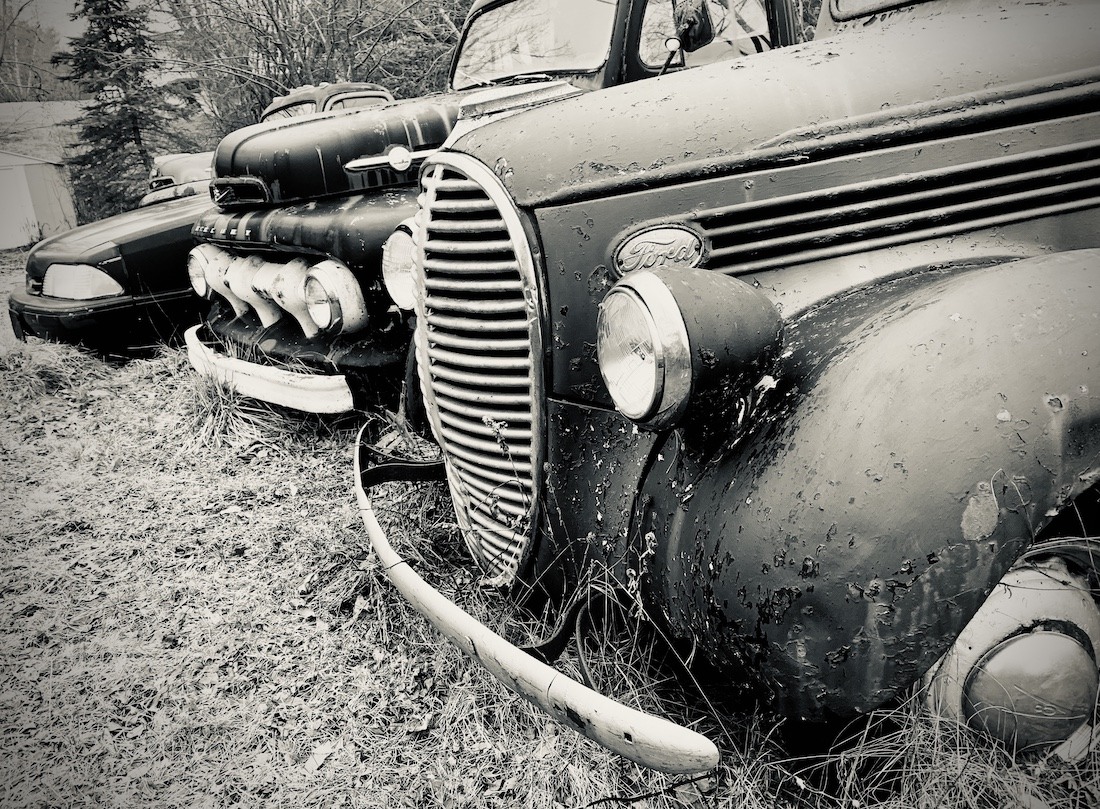 I liked those places, and thought Black Ugly wouldn’t mind the natural, peaceful setting for her final rusting place.

Mid-afternoon, I rolled into the Cyclomet yard, where row after row of flattened cars awaited the shredder and their journey to the smelter to be reincarnated as bridge girders, sardine cans or paper clips.

The Cyclomet’s foreman looked the part: broken brown teeth, a bulging waistline, and greasy coveralls. He was a friendly, accommodating guy whose office was surrounded by a mountain of flattened yellow school buses.

His eyes sparkled as he explained how quietly the shredder did its number on the carcasses of family sedans. Engine blocks were noisier. One flick of the switch and Black Ugly would be on her way to becoming three lumpy piles of ferrous metal, aluminum and ‘fluff’. Forty seconds of muffled terror! 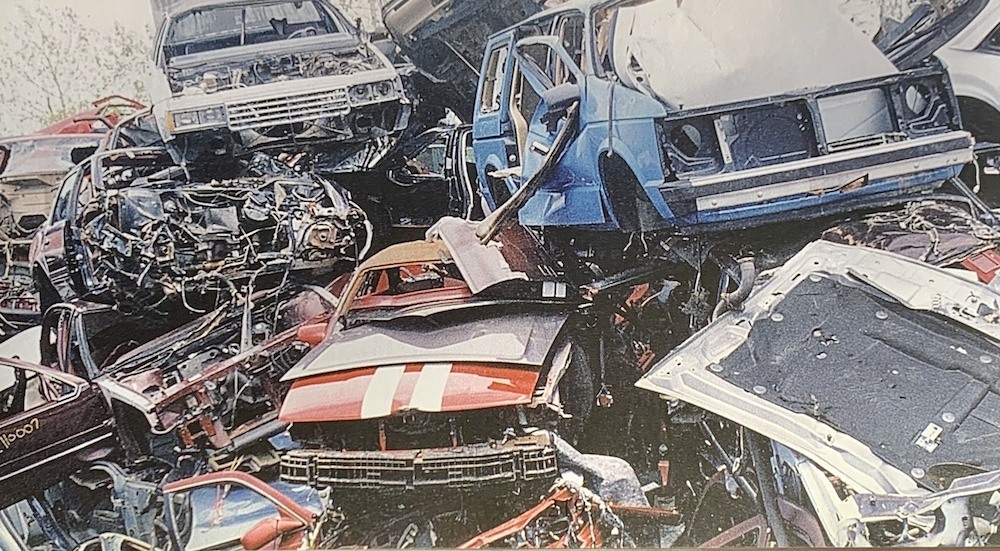 After all, she didn’t burn or leak oil. She never got stuck where many others did. Feeling guilty, I took off for the fifth junkyard on my list, about 30 kilometres away. I was leaning towards keeping Black Ugly, so I pulled over beside a stream to collect my thoughts.

At first, it was merely a malodorous presence. Then steam and finally, a great green gush of antifreeze spewed forth as Black Ugly turned her radiator inside out. Had the Cyclomet been too much for her? Had she decided she’d rather die in the lazy spring sunshine beside the gurgling brook than in the jaws of the shredder? It was the first time she had ever failed me.

As I replenished the cooling system with soggy paper cups filled with the stream’s murky runoff, I vowed to give Black Ugly one last chance.

If she got me home, she’d live. If not – the shredder!

Twenty minutes later, I pulled into my driveway. She blew again, to the squeals and chuckles of the neighborhood children. A 403’s cooling system in full-blown eruption was obviously a spectacular sight to those young kids.

I finished the junkyard tour in Red Cloud, the Volvo in which Ken Langley and I had raced around the world in 1980. Things weren’t quite the same without Ugly though. The next morning I dropped her at a radiator shop for a rescore.

Then I laid her up for the summer to rest up for yet another winter of drift jumping.