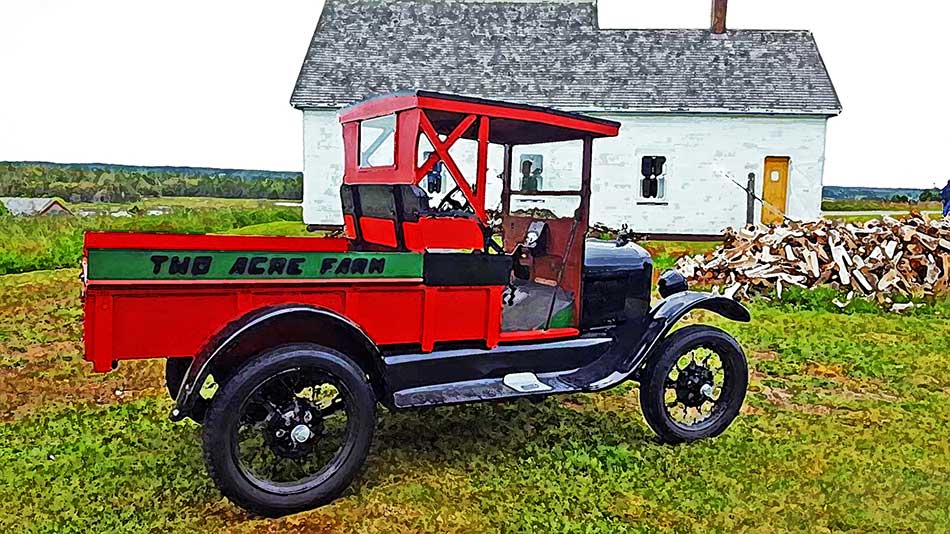 Building a Model T, like Johnny Cash, one piece at a time

New Voices author, Laurent d’Entremont, describes his lifelong dream to build a Model T Ford, one piece at a time, just like the Johnny Cash song

Summer vacation was flying by too fast and I was almost twelve years old. It was with this happy frame of mind that my brother Remi and I rode to Yarmouth, Nova Scotia, with my father in his blue Dodge Kingsway.

It was a drive of about thirty miles. After enjoying the scenery for some time, we stopped in front of Trefry’s Garage, a Ford dealer. A crowd had gathered around the gas pumps.

What I saw on that day left a brand on my heart and soul for the rest of my days.

The old driver with gray whiskers, Len Wood, of Tusket, was answering questions from the crowd. He said his car, when new, had been a touring car. But he had stored the backseat and installed a pickup box instead.

I could not get over how small this little Ford was compared with my father’s Dodge car.

Needless to say, that was the start of my lifelong interest in Henry Ford and his wonderful Model T, the car that put the ‘average man’ on wheels and the car voted the world’s Car of the Century.

As most people will agree, the pages of time flip by at a pretty good pace.

Almost thirty years after I saw my first Model T, I started gathering parts to build one of my own. I was almost too late. Car parts are not as plentiful here as they are in the United States. Luckily, I had made some contacts in the Antique Car world.

I found an engine. Then the front half of a frame, where it had ended its days as a homemade sawmill.

I sent the engine’s connecting rods, all four of them, to Illinois to be rehabilitated. I installed new rings on the pistons. The engine push rods were replaced with the adjustable type. I also installed new valves, doing all the work myself, more or less by guess.

A friend, old car guy Dick Sweeny ( 1922-2014) of Yarmouth, parted with the rear half of a frame, a rear spring and many parts for the rear axle assembly. These are hard to find parts.

In order to weld both halves of the frame at exactly the right length, I measured five Model T cars in Nathan Jourdrey’s museum in Blockhouse, in Lunenburg County. I also measure four more that friends had, including Dick Sweeny’s 1915 speedster.

I also came to the conclusion that the Model T wheelbase is ninety-nine inches and not one hundred inches, as reported by historians. I can forgive them for the error, but one inch did make a lot of difference. 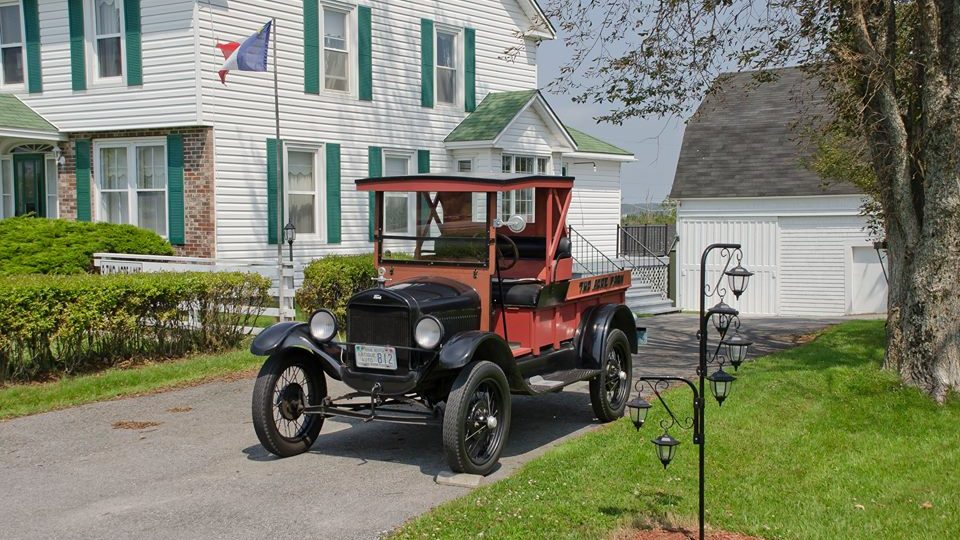 Piece by piece, the Model T was coming together

I obtained many of the smaller parts from antique auto parts suppliers in Ohio and Illinois. Exchanging Canadian funds to American dollars was no fun either.

The fenders came from Ontario, the running boards and tires from Alberta, many miles away. The rest of the much-needed parts to complete my project, I acquired from friends in the old car hobby, people like Dave Trefry of Deerfield, and the late Earl Cann of Yarmouth.

There were others for sure. Friends were willing to part with things like headlights, steering gear, hand brake, wheels, etc.

This endeavor took about eight months of my spare time.

So many old timers had told me that a Model T is a real ‘arm breaker’ that I did not dare to crank it. Instead I pushed the crank with my foot. This way I would not break my arm, only my foot.

When the motor finally started, the car almost ran me over. I had neglected to block the wheels.

I got out of the way just in time to see my little Ford leave the barn where it had been built. Praise the Lord, the door was open. I caught up with it and learned to drive a Model T.

At first, the engine would get hotter than the hinges of you-know-where, but soon, it got out of that teapot habit and has been fun ever since.

Like the Johnny Cash song, I built it one piece at a time. Like Len Wood’s Model T (that now belongs to Gordie Wood of Tusket), it has won few awards, which does not matter at all.

Now when I stop for gas and people gather with their questions, it reminds me of that summer long, long ago, when I was twelve. 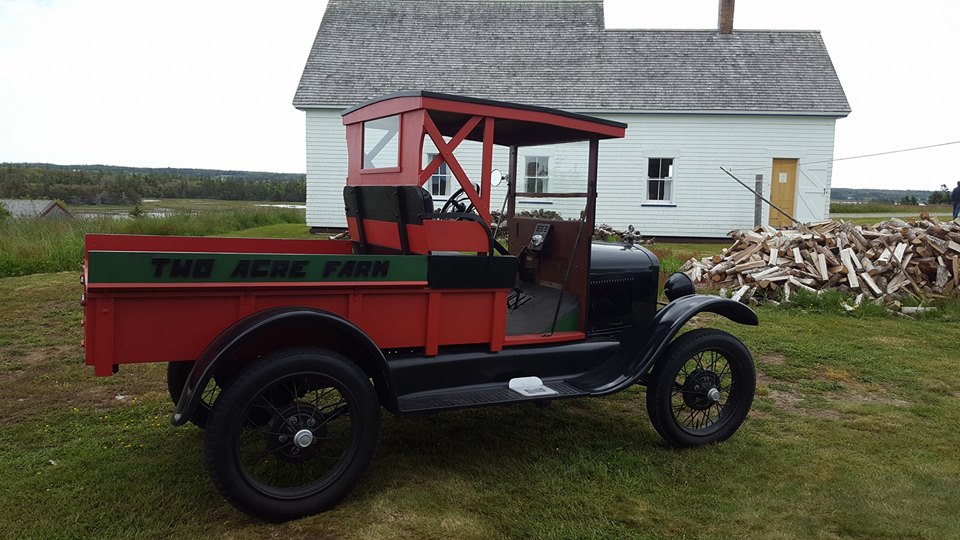