Events over the past year have highlighted the need to continue to learn, support and recognize Black History and Black communities.

While this is something that should be done year-round, it is especially important to take the time to learn and reflect during African Heritage Month. This year’s theme is Black History Matters: Listen, Learn, Share, Act.

One of the best ways to support Black communities is to understand their history.

The Black Cultural Centre for Nova Scotia has been a staple of the community of Preston since 1983 and often features cultural portrayals in the form of music, plays, concerts. It also provides an educational experience which highlights African History along with notable trailblazers.

What better way to learn about Black trailblazers than to head to the Black Cultural Centre in a 2021 Chevrolet Trailblazer?

The familiar nameplate from Chevrolet is back, competing in the red-hot compact SUV segment. It features a tiny 1.3 litre turbocharged engine – the same engine found in its cousin, the Buick Encore GX, which I drove back in the summer.

The little engine impressed me back then and continues to do so today, perhaps even more, since it performs well as a little city run-about vehicle.

To get me there in comfort, the Trailblazer features heated leather seats, satellite radio, dual zone climate control and much more.

Doctor Carrie Best was a journalist and social activist who was best known for being the first Black owner and publisher of a Nova Scotia newspaper.

I knew where I had to go next on my journey of exploring African Nova Scotian History: Africville

Africville was a predominantly Black community located on the Halifax peninsula and was mostly founded by formerly enslaved African Americans.

A museum commemorates Africville, but I couldn’t help feeling somber pulling the Chevy Trailblazer into the parking lot.

The history of Africville is depressing. The Halifax government woefully neglected the community, failing to provide basic infrastructure and services such as water, sewage, roads and more. 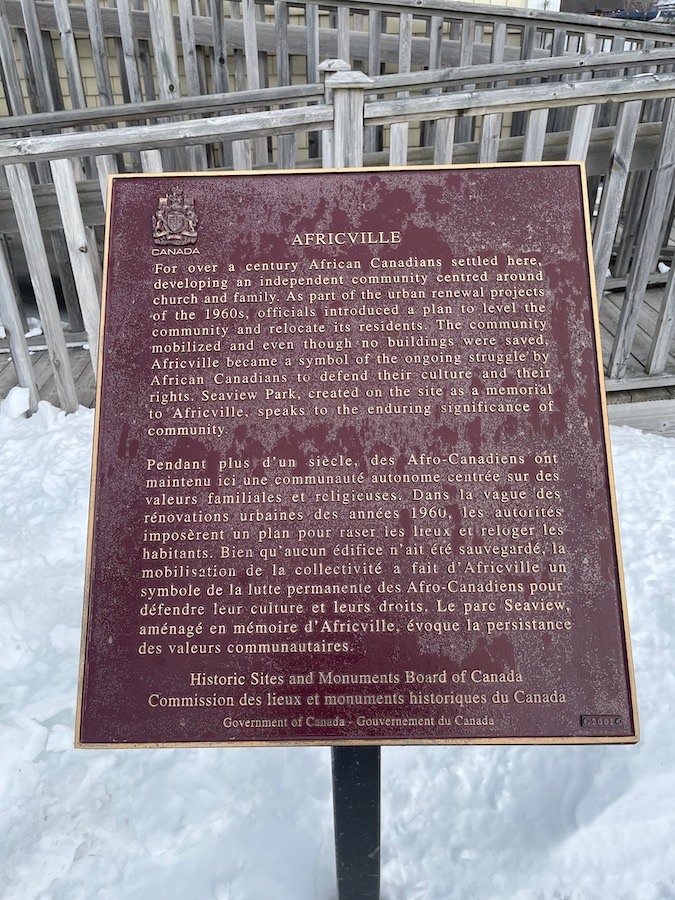 Further came a blatant effort to push members of the communities away to build a waste-treatment facility which led to poor health conditions. In 1960, the Halifax government condemned the area and relocated its residents to build the A. Murray MacKay Bridge and the Port of Halifax facilities.

In 2010, the Halifax Council officially ratified a proposed ‘Africville Apology’, however former residents and descendants still feel wrongly discriminated against. 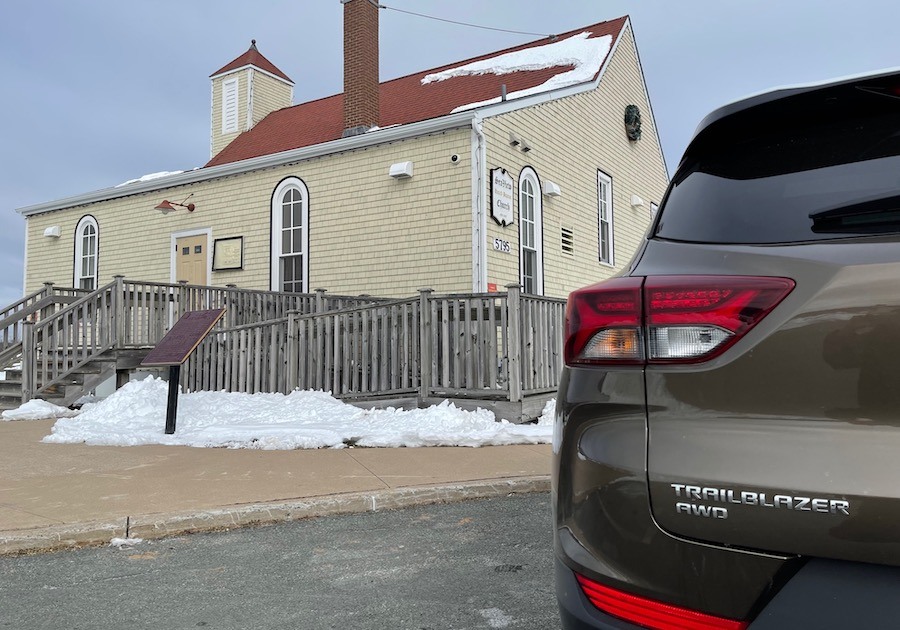 I got back into the Trailblazer and headed to the final stop, the Delmore “Buddy” Daye Learning Institute (DBDLI) – an Africentric Institute which creates educational change for learners of African ancestry to have genuine opportunities to reach their full potential. 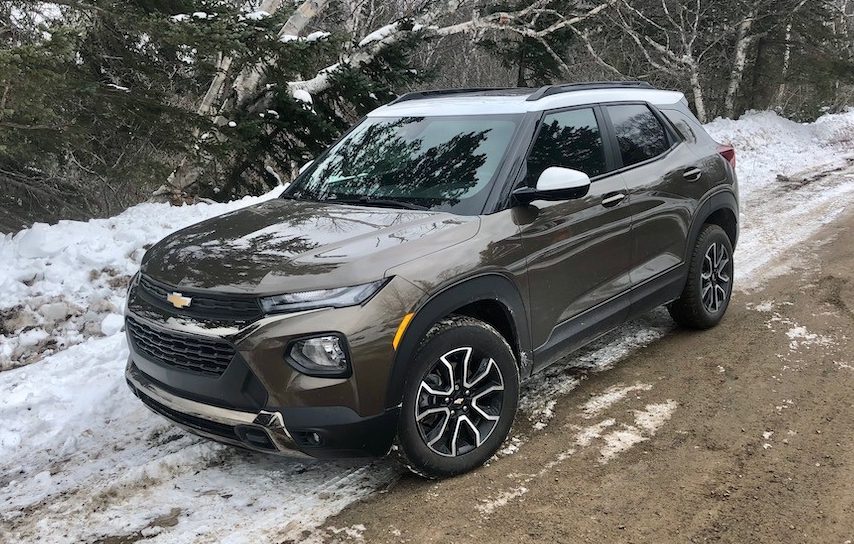 While driving there, I couldn’t help but think of the ultimate African Nova Scotian trailblazer, Viola Desmond.

Viola Desmond was driving on a business trip to Cape Breton when her car broke down in New Glasgow on November 8, 1946. She was told that they couldn’t get the part needed until the next day so she arranged to spend the night.

She decided to take in a movie at the local theatre. Since Ms. Desmond was nearsighted, she opted to sit near the front of the theatre but she was told that she had to move to the balcony. It turned out the main floor seats were reserved for White patrons and cost a premium.

She offered to pay the difference of the ticket but was declined and asked to leave. She realized what was happening and refused to move. The police arrived and she was forcibly removed from the theatre, arrested, and thrown in jail.

Still driving, a thought occurred to me: What if that had happened to me? What if I suddenly had car issues and was left in a strange town where segregation was clearly alive and well?

Well, thanks to the Trailblazer’s OnStar In-Vehicle Safety and Security System, I wouldn’t be left stranded and help would be on the way. But, while there are no official segregation laws anymore, as a person of African descent, I felt a bit of panic at the thought.

Ms. Desmond was a woman of perseverance. She is a model of strength, resilience, and encouragement. All she had to do was move to the balcony of the theatre, but she stood up for what was right. That left me feeling inspired.

DBDLI has been recognizing Ms. Desmond through a three part docuseries, which not only highlights her arrest and subsequent free pardon (the only one to be handed out in Canada), but it showcases the inspiration she continues to have on Black communities nationally.

Without these trailblazers, who knows what life would be like for all of us today. For that, I am very appreciative.

As for the 2021 Chevrolet Trailblazer, it proved to be a trusty companion during my reflective tour of Nova Scotia’s African History. It’s comfortable, fuel efficient, has lots of tech and has good pep to get you around the city – or off-road if you go for the Activ trim.

While you don’t need one to learn about Black History, it’s a great little road trip vehicle to visit historic places and sights.

For full review on the 2021 Chevrolet Trailblazer, click here. 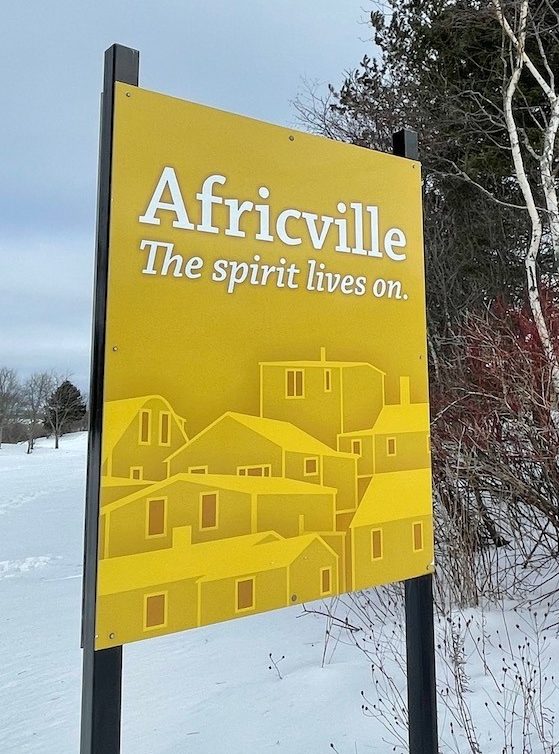