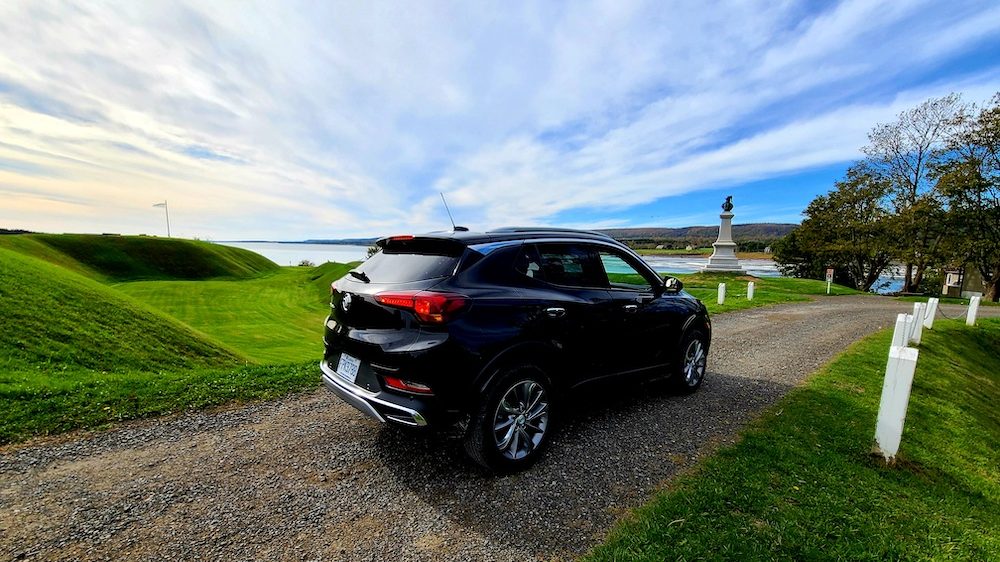 A Marathon Tour of the Annapolis Valley

With no turkey, no gathering and no family visit this Thanksgiving, East Coast Tester author, Kevin Harrison, opts for a tour of Annapolis Valley’s fine breweries. Oh, and wife Liz runs a marathon. No biggie.

COVID-19 has certainly forced us all to make changes and sacrifices. This past Thanksgiving was no exception for my wife and me. Not only would we not be celebrating Thanksgiving with our families this year, but we wouldn’t be having turkey dinner either. We wouldn’t even be staying in the city.

Wife Liz is a marathon runner. Due to the pandemic, multiple marathons were canceled this year. But, lo and behold, organizers of one marathon decided they could continue safely.

The Valley Harvest Marathon, in Wolfville, Nova Scotia, announced they would be moving forward. The event sold out within six hours. Liz was lucky enough to get in, so that dictated part of our Thanksgiving Day plans.

It would count as marathon number 14 for her, so naturally a celebratory beer would be in order after the race. But that got us thinking. Why stop there? Nova Scotia has seen a huge pre-pandemic boom in the local draft brewing industry and both she and I have recently taken a liking to sampling all the different types of craft beer out there.

It was settled. After the race, we would continue on to do a valley brewery tour which would take us all the way to Digby.

And the chariot to get us there? The all-new 2020 Buick Encore GX – an SUV that slates itself in between the original Encore (the smallest offering with a Buick Badge) and the Envision.

Our tester came fairly loaded with niceties such as a panoramic sunroof, heated leather seats and steering wheel, a head up display, satellite radio, navigation and other such perks that make long distance driving a breeze.

But I had one concern. The Encore GX only comes with two engine options, both three-cylinders. Three. Surely it wouldn’t have enough power to comfortably merge onto highways and pass slower vehicles, right?

Not only was our tester fitted with the most powerful version of the three-cylinder options available, which is a 1.3-litre turbocharged unit producing 155 horsepower and 176 pound-feet of torque, but the spritely little engine proved its worth time and time again whether driving in the city or on the highway. (Click here for a full review of the 2020 Buick Encore GX)

This engine packs more of a punch than its displacement would suggest. So don’t let that deter you from the Encore GX without trying it first.

On the night before the race, we hit up the first stop on our brewery tour. Church Brewing might be the most unique of all the breweries we visited because, as its name suggests, the brewery is housed in what used to be an old church.

The interior is quite remarkable with architecture from the old church largely left intact. Since it was a nice night, we decided to sit outside next to the beautiful fire pit. We both opted for the ‘Illuminate’ beer which was flavourful and the atmosphere provided a romantic experience.

The next day, I played cheerleader for Liz throughout the gruelling 42.2-kilometre race, which she impressively finished 5th in her category and 15th overall for women, by the way.

After the race, we headed straight to our second brewery tour stop in Kingston.

The idea for the name of Roof Hound Brewing Co. came from the owner’s grandfather, who had 11 children. With little money left for him to buy beer, he decided to brew his own. As the story goes, “… the family hound dog, named Lady, found the fermented raisins to be used in the home brew. Lady ate up those alcohol-plumped raisins, climbed up the woodpile, and onto the roof of the house. There, in her drunken stupor, she moaned & howled all through the night.”

Liz enjoyed a fabulous celebratory stout and we shared nachos.

Our third brewery stop would be where we would end up staying overnight. Lazy Bear Brewing in Digby invites patrons to stay in The Barn. The quaint, modern spot is situated right on top of the brewery and has lovely views of the water. The beer is never a disappointment either. 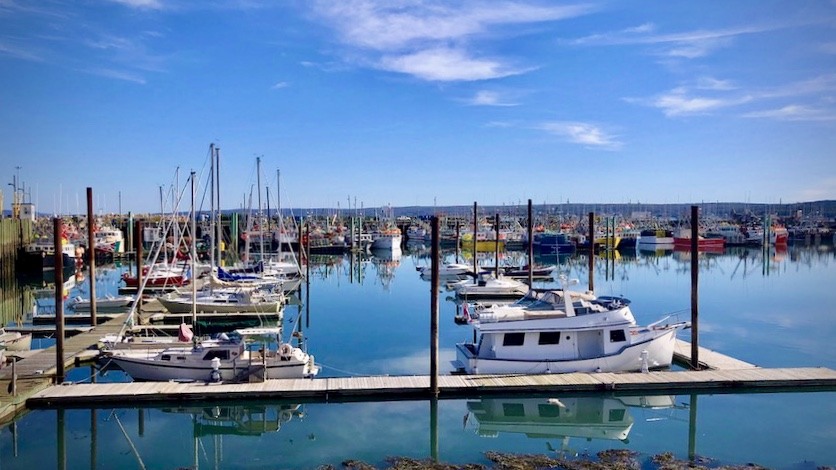 Before heading back to the city, we visited the fourth and final brewery on our tour. Annapolis Brewing Company is located right across from the Fort Anne National Historic Site – a site where settlers often clashed in battles over the rights to the land.

Liz tried a taster flight, a sampling of all the great beer the brewery has to offer, while we enjoyed the view of the historic fort.

In the end, it was probably the most unusual Thanksgiving weekend I’ve ever experienced, but just as memorable. The trip reminded me how grateful I am to live in such a beautiful province with so much to offer in terms of food, drinks, hospitality and scenery.

I am also grateful for my wife who continues to inspire and uplift me every single day.

I’m also thankful to the Buick engineers who proved that a three-cylinder engine can indeed be a gem of an engine. The Encore GX was a great companion for our journey and is likely to serve the Buick brand quite well.