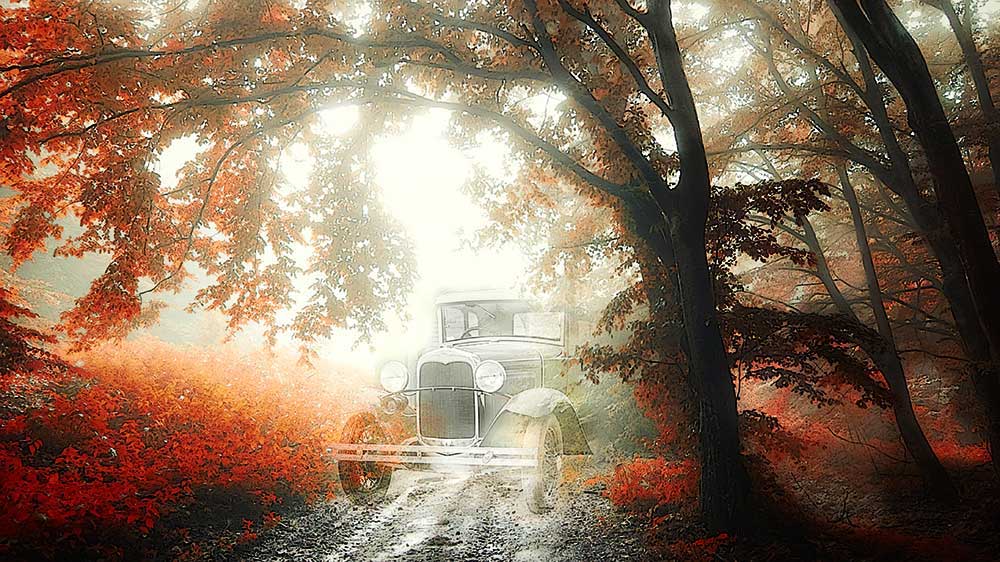 A Spooky Roadside Encounter: The Tale of Zeke and Molly Hill

A Ford Model A, a faulty fan belt and a freaky roadside encounter makes for a spine-tingling story. Happy Halloween!

It was in the fall of the year, when the frost was on the pumpkin, and the corn was in the shock.

The geese honking above were announcing their departure, and like the geese, I was on my way to River Bridge, New Brunswick, to visit my sister, Olive and her family. River Bridge is close to the Nova Scotia border and received its name from the lone covered bridge over the narrow but swift Avonlea River.

Being one who enjoys the great outdoors, I kept an eye out for birds and waterfowl close to the road; with a little luck there may be a deer or two to be seen.

What really caught my attention about twenty miles from my destination, though, in late afternoon, was a Model A Ford Roadster stopped by the side of the road with its hood open. An old timer in farmer’s overalls was working on the engine. The car was over-heating because of a faulty fan belt, a common thing in the early days of motoring.

He introduced himself as Zeke Hill. His wife Molly was inside the car knitting what looked like a pair of heavy woolen fishermen mittens.

Zeke spoke fondly about his car, “This is the only car I ever had,” he said. ”Bought her new in 1930 and kept it all these years. Like me, she’s getting up there, but ain’t over the hill yet. Tomorrow Old Man Lovitt over in River Bridge will fix my leaky water pump and install a new fan belt. Be good as new again”.

A man who had kept the same car for so long would make a pretty good story, I thought, as I parted company with Old Zeke. The car had cooled down by then and roadside repairs would enable him to reach home. 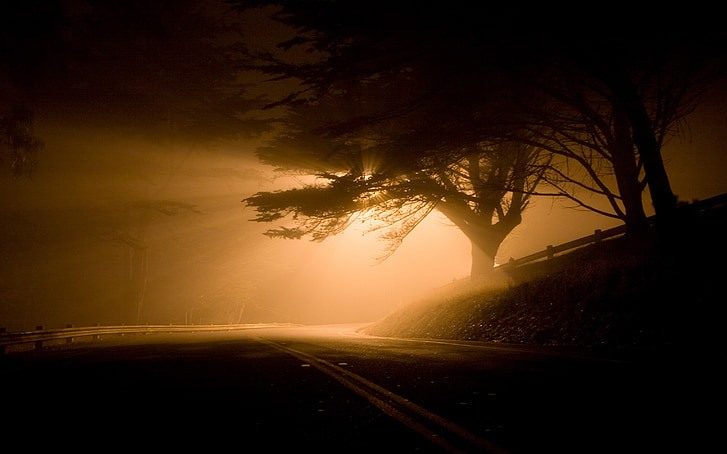 Later in River Bridge, my sister had never heard of Zeke or Molly Hill, perhaps her husband Pierre knew them. But he was away in Caraquet on business and would only be back the next day. Of course, everybody knew Old Man Lovitt, who was quite the local character.

Of my sister’s three boys, Jacques, Luc and Francois, it was Francois, the youngest, who shared his uncle’s interest in old cars. He insisted that we visited Lovitt’s Garage in the morning. (I was planning to go anyway)

We found Old Man Lovitt fiddling on some old relics of the past; the garage door was open. Lovitt was tall, straight as a rake handle and proud. The only thing that betrayed his age of four score plus one or two, was his face, which was as weather-beaten as the banks of the Petitcodiac.

“I understand that you have been running this place for fifty years,” I ventured.

“Yep, closer to sixty.” He was quite willing to talk, like most people of his age. “My brother Clifford and I, we built this place during the hungry twenties, we did all the work, just the two of us.” 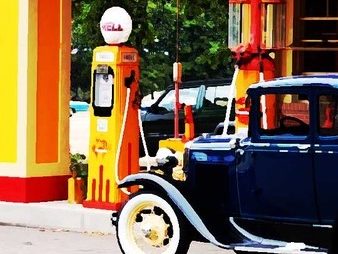 Detecting my French accent, he asked where I was from.

“West Pubnico, I have been there once,” he said. “Martha and me, we toured Nova Scotia about twenty years ago. We stayed overnight in Pubnico, I think the place was called White Cap Motels (he meant Red Cap Motels). The feller who owned the motels also ran the bus shop.“ He had been in West Pubnico alright, he was a real friendly chap.

But when I asked him what time Zeke Hill was coming over with his Model A, his expression changed, as if he had just seen a ghost.

His answer was a real shocker.

“But I was talking with him yesterday,” I insisted.

“Someone’s been playing a trick on you,” was his reply. Then he told me the story of Zeke Hill.

Zeke and Molly Hill lived on a small farm about two miles from town. They made a meager living out of farming and Molly sold woolen mittens to the local fishermen.

They bought only one car, a Ford Model A, which they kept for many, many years. One day in late fall, Zeke was coming from town, when a young boy on a bicycle drove right into his path. He swerved to avoid hitting the boy, lost control of the car and went over the bank into the river close to the bridge. He died in the accident.

Molly moved away after that and died a few years later. Now the farm was abandoned and the buildings were falling apart.

Since a man who had been dead for twenty-five years was not likely to show up (again), I changed the subject and asked if he had any car parts left over from the early days. He looked around and all he could find was a Model A fan belt.

As we left, Francois hissed, “Did you see the tag attached to the fan belt?”

My heart almost stopped when I read ‘For Zeke Hill’ written on the tag.

More bewildered than ever, we just had to visit the abandoned farm. Francois knew where it was. Devoid of life for a long time, the farm was a lonely place, one of the barn doors was off its hinges. Swallows had made their nests on the rafters for years and a blue sky could be seen through holes in the roof. 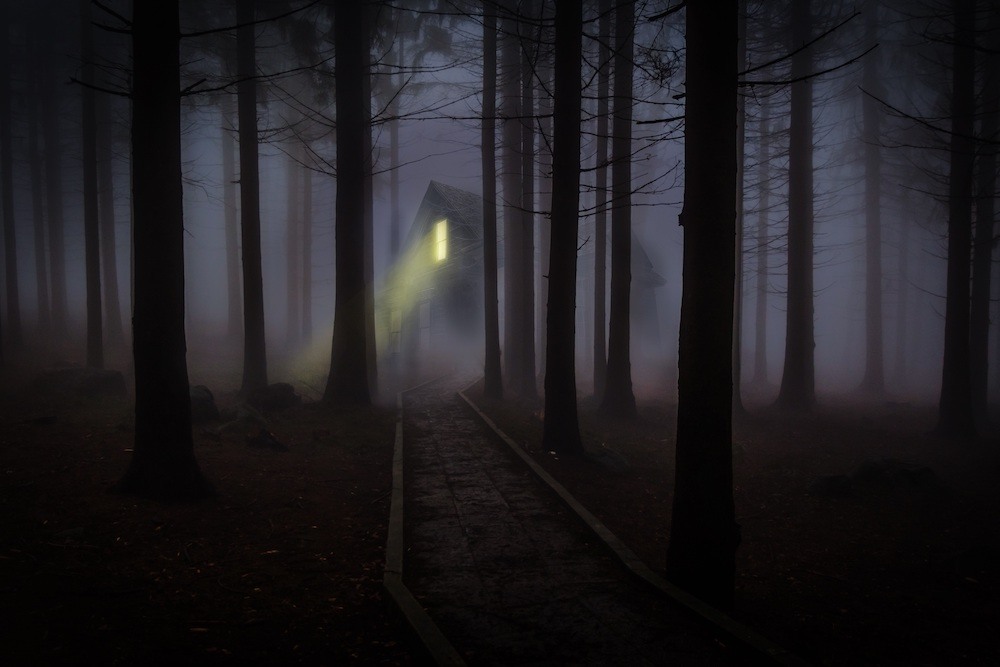 Francois suggested that we should leave the old fan belt there for “the ghost of Zeke Hill”. After all, it did belong to him. As it was near Halloween, I went along with it. We left the belt hanging on a wooden peg near the door.

Back home in Pubnico, I decided to forget all about it. No one would believe me anyway.

But the ghost of Zeke Hill was not through yet. The next spring, I received a phone call from New Brunswick. It was Francois. He was excited and talking 200 words per minutes with gusts up to 250. He slowed down enough so that I could get the gist of what he was saying. A few days after I had left River Bridge, Francois and a friend took a bicycle ride to the old farm and much to their surprise, the fan belt had vanished from where we had left it.

There was more. Recently a construction crew working on the road had dug up the remains of an old car near the bridge. Old Man Lovitt had identified it as Zeke Hill’s car. There wasn’t much of the car left, most everything was rusted or gone… except the fan belt, which appeared to be brand new.

And although I’ll swear that it is true, it will be hard to prove that I saw the ghosts of Zeke and Molly Hill. On the other hand, no one will ever prove that I did not see them either. 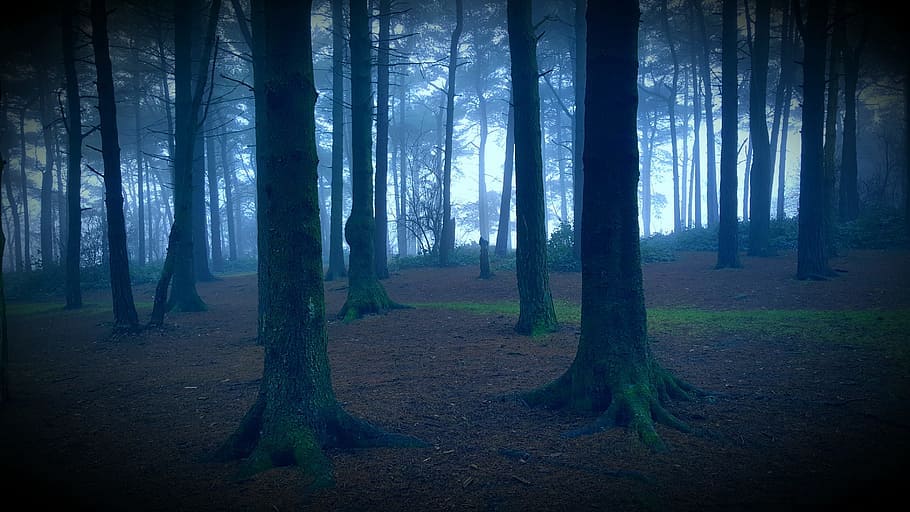