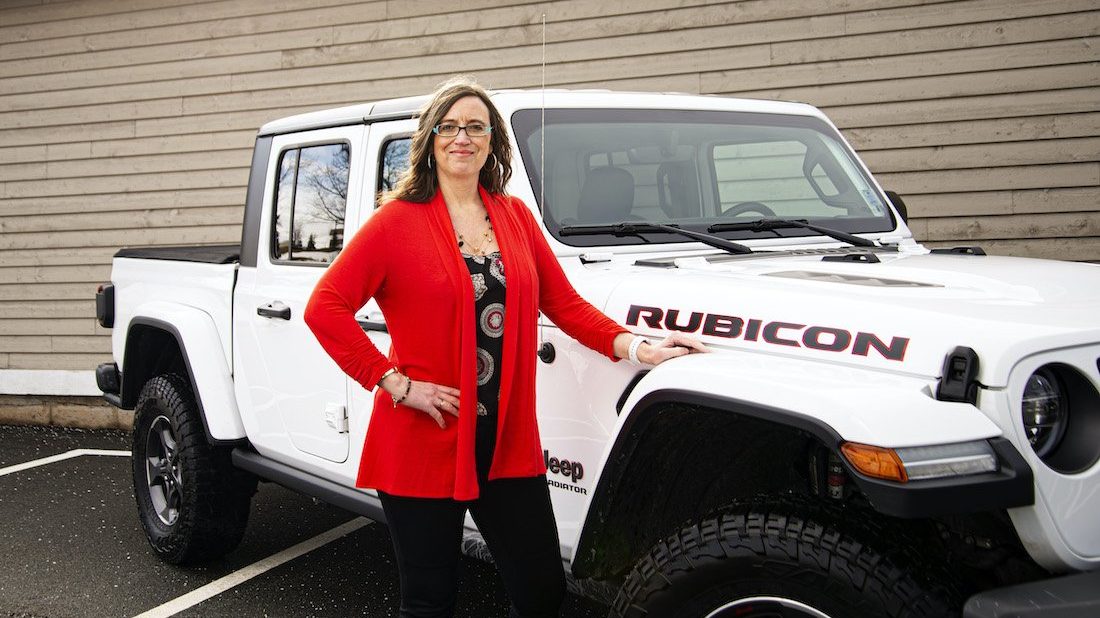 “Women belong in all places where decisions are being made. It shouldn’t be that women are the exception.”

International Women’s Day is a day to celebrate the achievements of women all over the world without regard to race, linguistic, cultural, economic or political distinctions.

March 8 is International Women’s Day, officially recognized by the United Nations in 1977, as a result of activities and labour movements by women in the early 1900s in North America and Europe.

At EastCoastTester.com, we are proud to be a part of the auto industry, although we acknowledge it has traditionally been a male-dominated world.

From the assembly line workers that build the vehicles, to the executives in the C-Suites of car companies around the world, to the journalists that write about cars in the global media, it’s been a man’s world.

Women make up about half of the total labour force, but only a quarter of the automotive manufacturing workforce.

Thankfully, that is changing. Slowly but surely.

In 2014, when Mary Barra was named Chairman and Chief Executive Officer of General Motors, she became the first female Chief Executive of a major automotive manufacturer.

Barra started at General Motors as an 18-year-old co-op college student, checking fender panels and inspecting hoods. She is now the sixth most powerful woman in the world – according to the annual list compiled by Forbes.

Mary Barra is a perfect example of the adage that hard work pays off.

Last month, Ford Motor Company announced Bev Goodman would lead their Canadian division as president and CEO of Ford of Canada. Goodman brings 25 years of auto industry experience. She’s come a long way since starting as an intern on the finance team.

Stephanie Wallcraft, in her second year as president of the Automobile Journalists Association of Canada (AJAC), is the first female president in the 40-year history of the well-respected association of professional journalists, writers, videographers and photographers.

These women, and others in a (slowly) growing list, have achieved high-ranking executive positions in the car world, not because of their gender, but because of their vast experience, their collaborative approach, their determination and belief in plain old hard work.

Female or male, car lover or not, the car industry is an exciting place to build a career.

The Steele Auto Group, Atlantic Canada’s largest auto dealer network with 50 dealerships and nine collision centres, is owned by Rob Steele. The Steele Family were the majority shareholders of Newcap Inc., a media broadcasting powerhouse with radio stations across the country.

As Newcap’s Vice President of Finance, Kim Day worked closely with Rob Steele, and in 2015 was asked to assist the Auto Group team with some acquisitions.

Shortly thereafter, she joined the Auto Group as CFO. She had the chance to learn all aspects of the business from Dave MacRitchie, then-President and COO.

The move to Steele Auto Group as CFO in 2015 was natural. Kim became President and COO, after the tragic, sudden passing of Dave MacRitchie in 2017.

Today Kim leads a team of executives that has almost 50 per cent female representation, one of the highest in an automotive group in the country.

Could this be the reason Steele Auto Group has made Deloitte’s list of Canada’s 50 Best Managed Companies for the last eight years, we ask? Kim chuckles, saying she can’t take the credit.

Jeep Girl – Growing up in the Great Outdoors

Kim Day grew up in Campbellton, New Brunswick, which could account for her down-to-earth nature. The town, with a population of less than 7,000, sits on the banks of the Restigouche River, where people from around the world come to fish.

Kim grew up with a love for the great outdoors. Summer meant swimming, canoeing, camping; winter found her skiing at nearby Sugarloaf Mountain. She fondly recalls, “Other than sleeping, we spent our days outside.”

Perhaps that explains her love of all things Jeep, although she is tentative about expressing devotion to just one brand, considering she represents so many. She has had Jeep Wranglers for the past 20 years.

Now she plays outside in a Jeep Gladiator Rubicon.

“I love the utilitarian look,” she smiles. “I like the fact that it gets me anywhere, off-road, highway. I love that it handles a little bit rougher than other vehicles.”

Is her 10-year-old son into cars? He’s not that aware yet but he definitely appreciates a flashy sports car.

Gender Issues on the Path to Success

When asked if she encountered gender-bias in her career path, Kim feels fortunate that she can count on one hand those occasions.

“It was more so the feeling that I had to do a little bit more, work harder, justify my position more strongly. Around a boardroom table, I’m typically the only woman there and It’s sometimes difficult to fit into the conversation.”

She strongly believes that, when there are more diversified voices, there is more conversation, more collaborative leadership.

“I took a very practical approach to what I wanted as a career. Where am I actually going to be able to find a job, work, pay the bills, while at the same time, allowing me to do the things that I like to do on the weekend and evenings.”

She laughs, “I wish it were more romantic.”

A business degree seemed to offer a path that would give her a well-paying career and still balance a family life and continue to do the activities that she so loved as a kid.

Role Models – “There were no limitations to what a female could do.”

When asked about role models in her youth, Kim is quick to offer, “I have to say my parents. They both worked the entire time my brother and I were growing up. They had an exemplary work ethic, and they were very practical.”

Kim’s parents instilled in her the idea that to be successful, you had to do the work, put in the time. Nothing is given to you; you have to earn it.

“There were no limitations to what a female could do,” she adds. “At least, I didn’t know about.”

She has immense praise for the late Dave MacRitchie, former Steele Auto Group President and COO:

“He was by far my biggest mentor in my professional career. I only had the privilege to work with him for two years.”

To go from CFO to President and COO is not a natural progression in business, Kim explains. “Because of Dave’s extremely collaborative nature, because he included me in so many conversations and meetings, I was able to assume this role.”

Young people tend to overlook the auto business, but Kim believes – and we heartily agree – that the automotive world offers an excellent career path in a dynamic varied industry, regardless of gender.

Kim is hopeful for the future, claiming, “All voices are necessary around the table, that’s when the best discussions happen, the best decisions made.”

To girls and young women, she asserts: “Don’t let any stereotypes, or what you perceive to be stereotypes, somehow limit your ability to grow. Don’t set limitations. Get the experience so you can build the confidence.”

“Always aim high, work hard, and care deeply about what you believe in… and never listen to anyone who says you can’t or shouldn’t go on.”

“I didn’t get there by wishing for it or hoping for it, but by working for it.”

“Diamonds are nothing more than chunks of coal that stuck to their jobs.”

“Chop your own wood and it will warm you twice.”