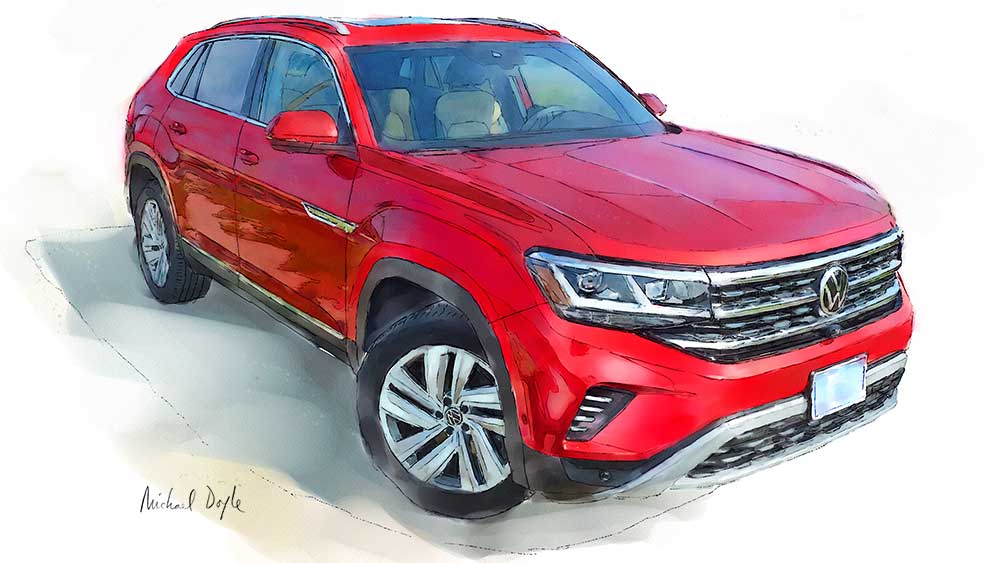 I had a lot of toy cars as a kid. Mostly Corgi cars, with a few Dinky cars in the mix. I was pretty indiscriminate in my selections. My choices were probably restricted by my allowance and the nearest store selection.

But the one that I remember distinctly was my Volkswagen Microbus with spring suspension, steering wheel, seats, and best of all TRANS-O-LITE headlamps. Its headlights would light up and you could flash your headlights to your other toy cars. Pretty cool.

My first real-world awareness of Volkswagens was thanks to one of my grade 7 classmates, circa the mid sixties. His family consisted of two adults, five kids and two Volkswagens – a Beetle and a Microbus. He explained that his entire family would head out camping in the Microbus. They would string up a series of hammocks throughout the interior to sleep the whole clan. I had no idea how they managed that, but it made a great story.

My father inherited 2 Volkswagens for work in 1969 in Lesotho, Southern Africa. One was a 1200cc bright red Beetle. Very interesting to be chauffeured along washboard dirt roads in mountainous terrain. Let’s just say all the gears got a good workout.

The main Volkswagen used in his work travels was the Double Cab Pickup. Until the first time I saw it, I had no idea Volkswagen made pickups. But it was one of the most useful vehicles in his work fleet. Room for workers in the cab and still room for various tools and supplies in the bed.

Old habits die hard. My father took on another project in Doha, Qatar in the mid seventies. What did he pick up as transportation? A bright red Volkswagen Beetle.

Life in a Volkswagen

Speaking of bright red, I’ve been enjoying the company of the 2020 Volkswagen Atlas Cross Sport.

Aside from the colour, there was very little in common with the VW’s of my past, except for their ability to hold 5 passengers.

The coupe styling really enhances the Atlas look, in my opinion. With the absence of a third row of seats, lots of legroom for rear passengers is evident, like a much more upscale version of the first generation 5-seater minivan I used to own.

How does this vehicle fit in with my future “Life of Volkswagen”? I’m grabbing the Tarot cards now!

For now I’ll enjoy a little artistic challenge of doing an illustration of the Volkswagen Atlas Cross Sport, in bright red of course!