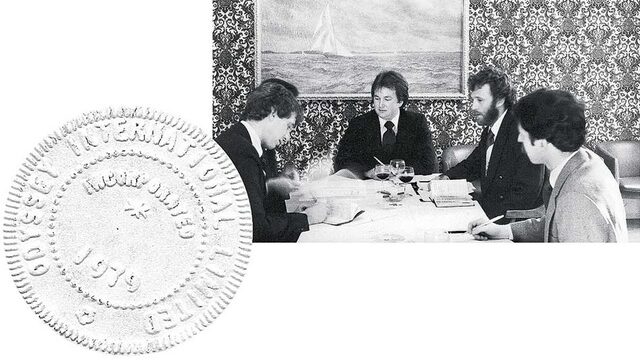 There’s Gold in that Logo

Years ago, in 1978, when college buddy Ken Langley and I quit our jobs and set out to raise a quarter of a million dollars to beat the existing 102-day around-the-world driving record, we realized it was risky business. Pay cheques, job security and cushy offices would become a thing of the past.

There were no guarantees our venture would ever get to the start line, let alone propel us around the world in record time. 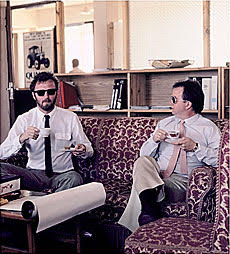 Before approaching anyone for sponsorship, we’d need a plan, a sales package and a way to convince the corporate world our idea was a savvy way to meet their business goals. Once they bought into the idea, we still had to convince them that we were the guys to do it.

We figured sponsors would rather deal with another corporate entity than a couple of nobodies, so our first step was to incorporate a company. We sold $25,000 of shares to 49 investors, a gaggle of friends and relatives. The seed money would be used to finance research, develop a sales package and for travel expenses to meet with potential sponsors.

It would also be used to commission an artist who would develop a key ingredient, a corporate logo.

We incorporated Odyssey International Limited on February 15, 1979 at Halifax’s venerable City Club amid a gathering of shareholders and business associates. It was a celebratory affair. We drank cocktails, feasted on Beef Wellington and charmed our guests.

After dinner, we sipped fine cognac while signing legal documents in a haze of cigar smoke and dreams of grandeur. 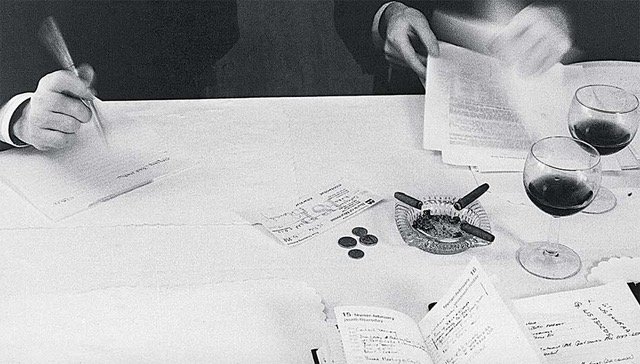 The next morning, I went to the second floor of The Green Lantern Building where we shared a suite of offices with our lawyer, Tom Khatter, who was inaugurating his law practice the same day. The first meeting of my first day in business was scheduled for 9:30 with a graphic artist to review his logo concept.

Feeling a tad seedy from incorporation night festivities, I advised our receptionist I would be taking a nap.  She agreed to wake me before letting him into my office so I laid down on the purple shag carpet behind the desk, covered up in a sports jacket and drifted off.

Of course, the receptionist was out for coffee when Mr. Artist arrived, so he nosed his way into my chambers.

“Ahh, errr, I was just getting a little rest,” I mumbled, rubbing bloodshot eyes. My necktie was choking, hair wedged into the shape of an anvil.

I was thinking about the throbbing in my temples as he unveiled a logo rendition with the word Odyssey above International Limited in smaller font. The “O” in Odyssey contained a map of the world representing our challenge to conquer the planet.

Ken and I presented the artwork to our Board of Directors who agreed “Dizzy International” was not the way to go. The next day, I met with another artist who had a studio one floor up from our office at the Green Lantern. She assured me our logo problem could be solved in a few days for $50.

Meanwhile, Ken and I lined up a series of meetings in Toronto and bought a 1962 Ford Thunderbird for $1,500 to make the trip. The black on black beauty was in fabulous shape. We planned on selling it in Toronto for $3,000 using the profit to pay for the trip, a prudent business maneuver of which our shareholders would obviously be proud.

On departure day eve I met with the artist. Since time was tight and the T-Bird still needed a road tested for the sponsorship trek, I asked if she wanted to talk logo while I checked out the road manners of our investment on a 100-kilometre drive loop.

She showed me her concept, simply an arrow made up of five smaller blue arrows. She was clearly pleased with her work, and I liked it too.

“When we break the around-the-world record, we’ll make one of the arrows gold,” I suggested, feeling somewhat concerned that the T-Bird was constantly drifting to the right.

Odyssey would go on to set more world records, making another arrow gold after each accomplishment.

When there were five gold arrows, I would retire.

By the time we got back to Halifax, the T-Bird’s right drifting problem had been eclipsed by dreams of gold arrow evolution. Then, a block from the Green Lantern building, at precisely the time I asked her to apply the artwork to our much-awaited letterhead, the right front tire exploded.

The right front brake had been dragging, overheating the drum causing the tire to blow. The force of the blowout ruptured the brake line which spewed brake fluid on the overheated assembly. A fire broke out and within minutes police and fire trucks were on the scene. The front end of the T-Bird was toast so I sold it to a wrecking company for $500 terminating plans for the profitable sales trip. 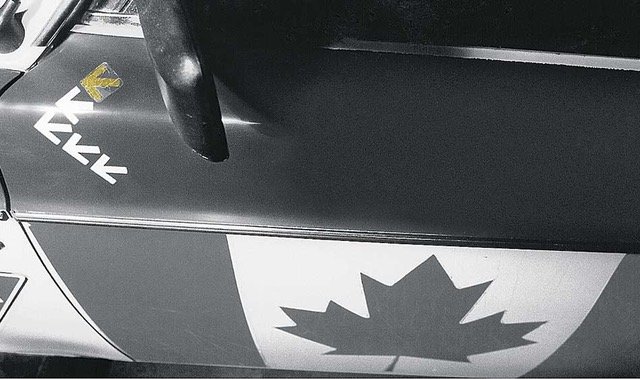 But I’ve used the logo ever since. Odyssey International’s logo on the Volvo we drove around the world in 1980 has one gold arrow, our Africa-Arctic Suburban has two and the GMC Sierra Tim Cahill and I horsed from the bottom to the top of the Americas has three.

In a museum in England, the Vauxhall Frontera with which I set another around-the-world record in 1997 has four gold arrows in the logos on its front doors. And so does the latest version of Odyssey’s business cards and letterhead.

There has been a lifetime of motoring adventures, but I’ve never felt ready to retire.

As my hair got thinner and turned grey, I’ve considered what might be worthy of the fifth gold arrow. Would it be for smuggling 5,000 children’s books to Moscow in 1991? What about raising $60,000 for the United Way by putting a car on top of the CN Tower? How about driving stranded Ralph the Pelican from Halifax to North Carolina for the folks at Hope for Wildlife?

The launching of EastCoastTester.com with wife and business partner, Lisa Calvi, and a slew of local writers might be the path to that fifth gold arrow.