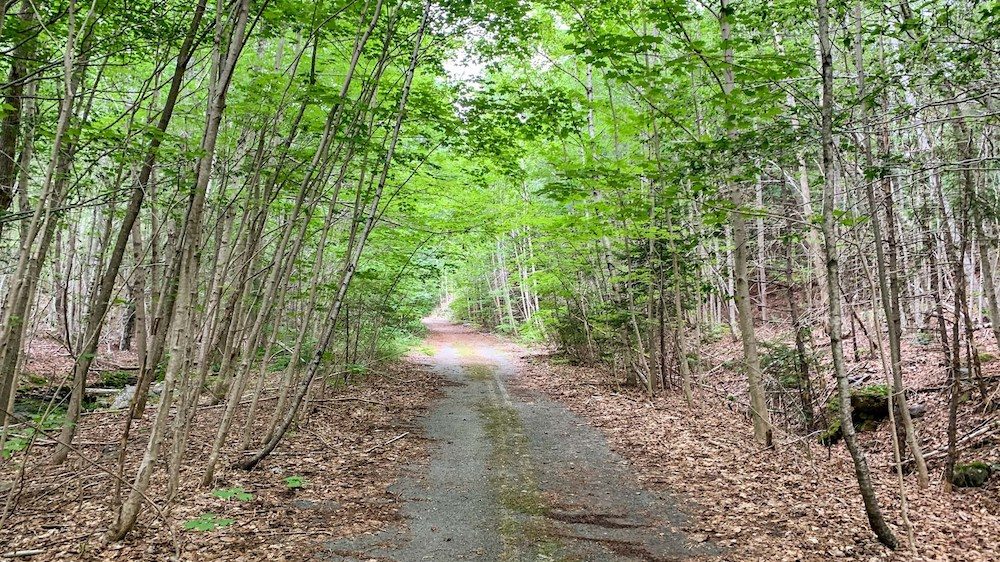 There’s something about abandoned roads that’s both mournful and fascinating. Matthew Guy chats with Steve Skafte, author, photographer and chronicler of the abandoned roads of Nova Scotia.

There are several truths to life: death, taxes, and the onward march of progress. The latter causes smartphones to be swapped like baseball cards and basements to be remodelled with zeal.

Progress also causes roads to be realigned and, in some cases, eventually abandoned altogether.

Anyone who’s turned a wheel in the province of Nova Scotia knows this region has more than its share of roads, especially in its southwest corner.

Wide and flat land lends itself to creating paths. After all, why travel five miles in the wrong direction when you can simply blaze a trail to town over family land? 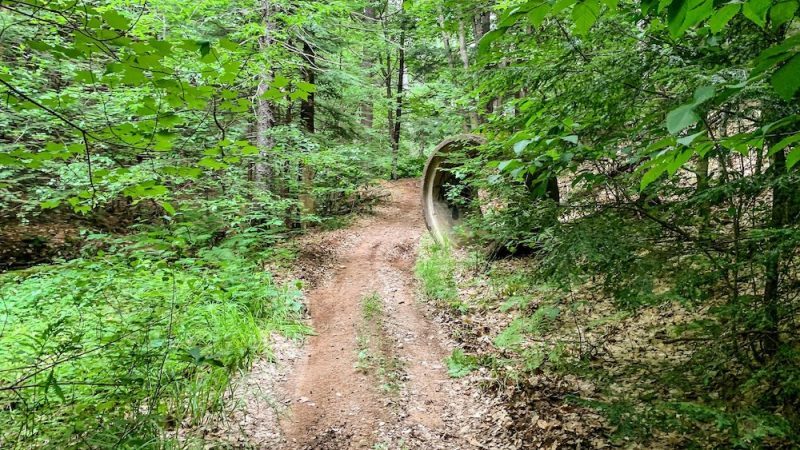 This helps explain the area’s abundance of abandoned roads.

Not just trails and cow paths, mind you, but also what were once full-fledged highways, ferrying excited holidaymakers and tired workers.

There’s something about abandoned infrastructure that’s simultaneously mournful and fascinating – and Nova Scotia has plenty of it.

One man has taken it upon himself to plot and map these roads before they’re lost for good.

Steve Skafte is an author and photographer from the Annapolis Valley region. Seeking to give voice to the past, he blends curiosity and skills in prose to document a not-too distant era.

“When I was seven or eight years old, I had maps and such on my bedroom walls,” said Skafte, which helpfully explains the level of care devoted to a Google Maps tool he maintains for this project.

Getting into photography about a decade later, he embarked on a tour of the American northeast. After returning home, he started to think about all the exploration that could be done right in his own province. 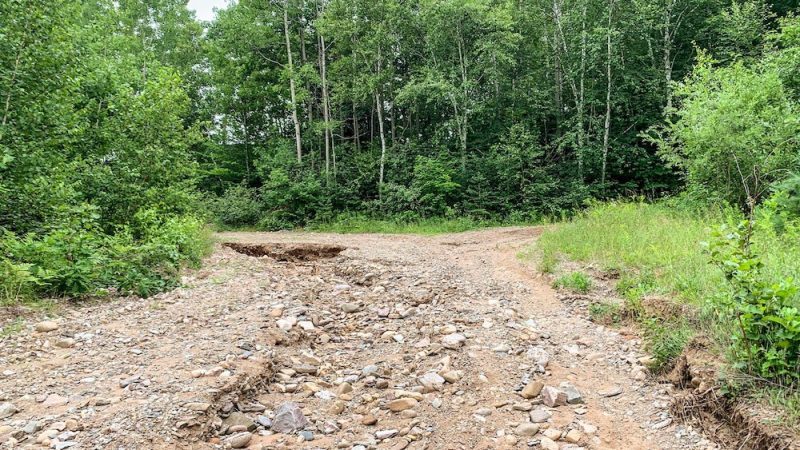 Steve’s philosophy: Travelling in your own backyard is just as fascinating as going abroad

Armed with a camera and sense of adventure, he set about creating a map of unmaintained right-of-ways in Nova Scotia, He’s held to his mandate of sharing and documenting public roads only.

He chooses to record only those still owned by the province, county, or another government entity. Private roads or purpose-built trails are off limits in Skafte’s pursuit for chronicling the past.

Skafte calls it a “small scale ‘epic’ adventure that’s close to home”, especially since there is seemingly an abandoned road in every other community of Annapolis and Kings counties. They’re primarily found closer to shore than inland, though, partly the product of a province eking a living from the harsh sea.

“Roads that have been left almost by chance,” Skafte explains. “Some of them will be hemmed in by trees, with a forgotten car poking out of an old driveway or near a collapsing foundation.”

Indeed, it’s easy to spot these remains on some hidden streets, an old well head popping up out of the ground like a surprised gopher in one place and the rusted fender of a car propped up near a tree at another. 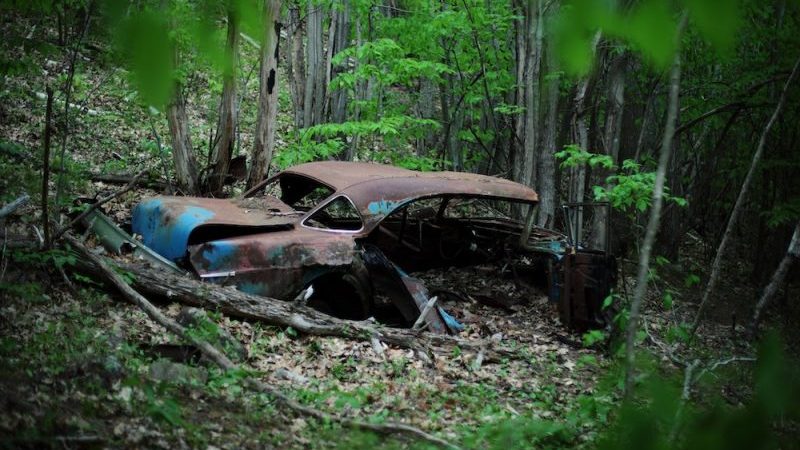 It’s the latter, of course, that draws the most attention from your author, especially in these socially distant times.

In addition to maintaining a Facebook page and Google map of the project, Skafte has also published a pair of books, one of which is called This Creek Was Once a Street, an 80-page photography paperback, filled with a blend of lively description and directions to his finds.

“When I’m telling the story, I’m thinking not everyone is going to visit that particular abandoned roads. Maybe they can’t hike or are not local. I try to tell the reader a story and be more than a guidebook,” he explains.

“I guess, in a way, I accidentally became the cartographer that I imagined as a kid.”

*All photos provided by Steve Skafte 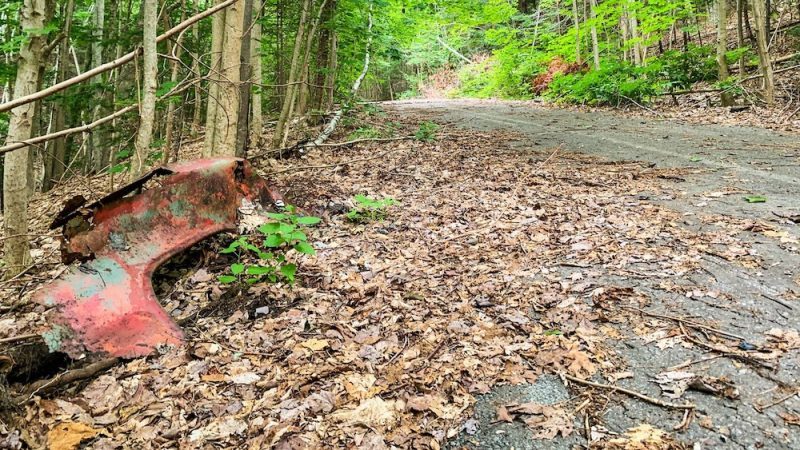