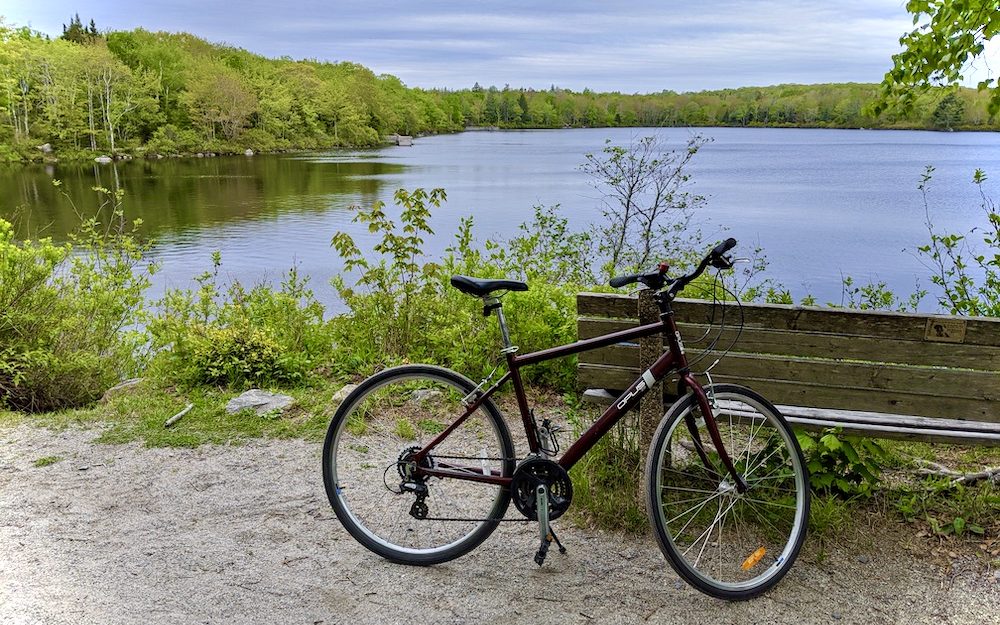 This week, Evan Williams tests out two wheels for a change, on some of the trails close to home. A Corsa 2.0 by Opus is getting him to places a car just can’t go.

This week I’m testing something a little more mechanical.

Forget the MX-5. This ‘vehicle’ puts the road at your fingertips with no power assist getting in the way. You can feel the road through your seat more clearly than a Lotus 7, but with visibility that puts even a full-size pickup to shame.

It’s as open-air as you can get, with the wind in your face, along with gravel, dust, and the occasional mosquito. This time I’ve got less than one horsepower, but I can use it to go places that no car will ever reach. 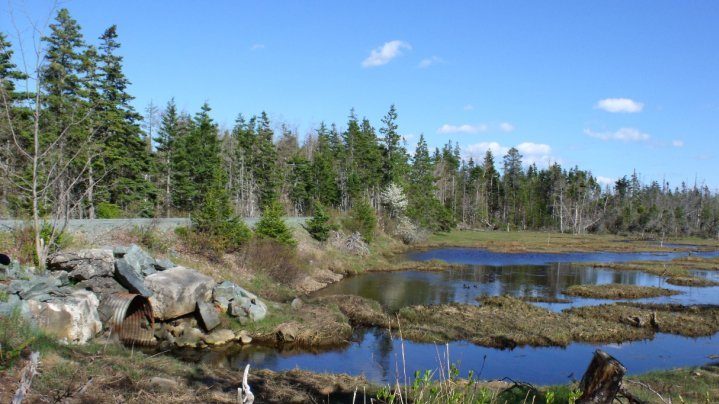 It’s been a long spring. And summer. I’m also not entirely convinced it’s not still May. This has meant more time to do things that aren’t driving.

So, this year, I’ve finally replaced the trusty bicycle I’ve had for close to 15 years and gotten something that’s a little easier on my aging joints.

Like most of my cars, the Opus bike is a previously-enjoyed model.

And an ex-rental, to boot. But it’s got a decent service history and has been pretty reliable for me with the exception of a broken spoke about 300 km after I got it. To be fair to those poor spokes, I’m probably a lot larger than they ever expected to have to deal with.

It’s a Corsa 2.0 by Opus, and while I don’t really know what that means, I do know a few things about it.

Like, it’s got metric tires, in the history of some of the strangest cars sold in the 1970s like Ferraris and the Mustang, and then again briefly on the Honda Odyssey in the 2010s. 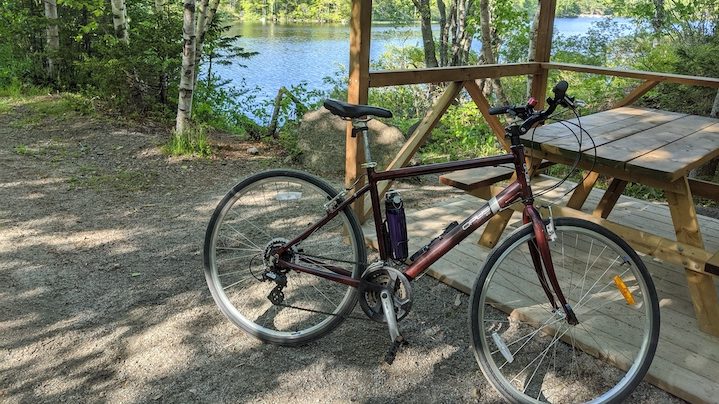 The gearbox on the Montreal-built bike is, in car talk, a seven-speed sequential manual with high, medium, and low ranges.

That’s 21-speeds total, with a granny 1st gear that I swear needs 10 rotations of the pedals to move the bike a single foot. It’s great on steep hills. It’s horrible if you accidentally shift into it when you’re moving because you’ll overspeed the pedal and nearly throw yourself over the bars. Or so I’ve heard.

The Opus bicycle offers a two-wheeled alternative to driving, commuting or even just getting to your fave café

You might be wondering what pedal power has to do with cars, but I’ve found the two complement each other nicely.

Commuting in downtown traffic on a sunny day? No thanks, I’ll take the low traffic park way and pedal. Want to hit the trails and ride for the afternoon without filling the tank (except for some snacks)? Got it. Even better, want to go to a new trail that’s 200 kilometres away? Throw the bike in the back of the car and drive to the trail. See? Perfect.

Luckily for me, my favourite coffee shop, and the place where I do much of my writing, is almost exactly an hour’s ride from my home.

A raspberry white-chocolate scone and a large medium roast from Bike and Bean is the perfect way to recharge before riding back. Forget that almost the entire ride home is up hill. These days I’m not exactly in a hurry.

I know not everyone can ride, but for me, it’s a way to get exercise that doesn’t tax my knees like jogging and isn’t boring like walking.

It’s also a great way to see parts of the province you’ve never seen before, on trails like the one that runs from Joseph Howe Drive in Halifax to Yarmouth, or the one following the eastern shore from Dartmouth along the salt marshes.

Any one of the dozens of trail networks in Atlantic Canada will give you a view unlike those from the road. Some higher, some lower, all special. And more peaceful than the road.

So I’m going to get out there and keep pedalling. As much as I can. And enjoy seeing this side of the country through a sweaty-eyed sheen. 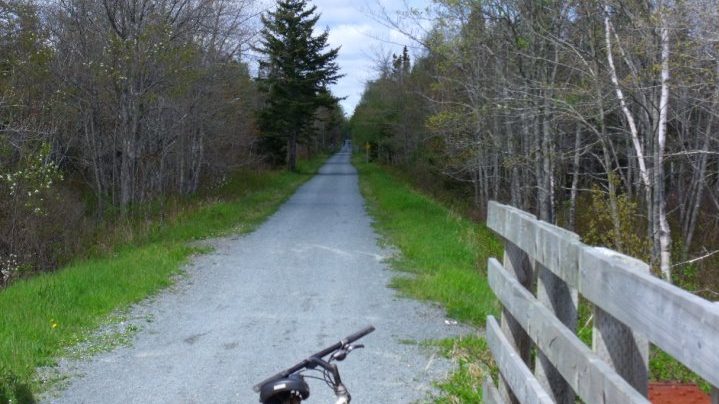