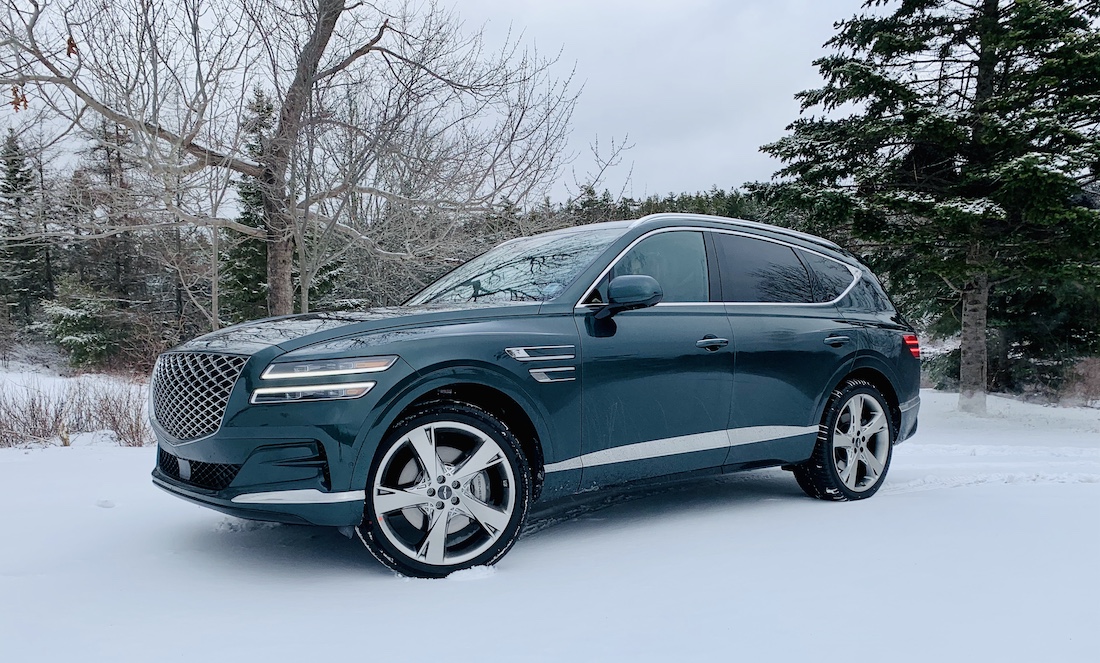 A New Year brings hope and new beginnings, a birth of sorts. A Genesis, you might say.

Our first treat of the year was delivered to our house like magic. Even before I returned home to find the 2021 Genesis GV80 in the driveway, I received a message from a friend on my smartphone: “How did you get your hands on that new Genesis?!?”

Apparently, we weren’t the only ones awaiting the arrival of the first SUV from the world’s newest automotive brand on the highways and byways of Atlantic Canada.

We had the first weekend of 2021 to play with this distinctive, elegant people carrier. Since we had nowhere to go, though, and no one with whom to get there, we determined that FIRSTS would be the theme of our drive-about, which happened to coincide with the first snowfall of 2021.

Now we put in some time behind the wheel searching for FIRSTS around Halifax.

When you talk about FIRSTS, Nova Scotia and, in particular, Halifax, has a lot of them. Halifax’s harbour may be the first thing that many newcomers to Canada saw when they arrived by sea and pulled in alongside Pier 21, where one million immigrants passed between 1928 and 1971.

The GV80 would certainly have represented an aspirational vehicle for those newcomers. 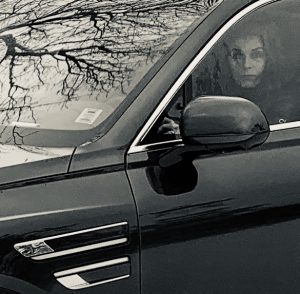 With its smooth and swift acceleration, the 3.5-litre twin-turbocharged V6 engine under the hood of the GV80 made short work of getting us to our next FIRST stop, St. Mary’s University, the first university in Canada. Although the campus on Robie Street was not the actual first home for SMU, the GV80 didn’t seem to mind posing in front of the historic building.

No wonder. The Cardiff Green paint is eye-catching as are the slick bisected LED headlights or Quad Lamps, as Genesis calls them, the first rendition of the luxury Korean brand’s new design language. The two parallel lines carry down the side of the sophisticated SUV and wrap into the taillights.

Engage 375 horsepower and the all-wheel drive system to get through some slush and on to Grafton Street to check out Halifax’s glitzy Convention Centre, built near the spot where, in 1752, a printing shop owned by John Bushell, published Canada’s first newspaper, the Halifax Gazette.

The hot-off-the-press GV80 has an expansive 14.5-inch infotainment screen, a touch screen that can also be controlled by buttons and knobs on the centre stack. A circular touchpad, in a chic white, recognizes handwriting, offering a third option of control.

We especially loved the available 12.3-inch digital gauge cluster that detects the driver’s line of sight and generates a 3D image, a global, industry-first in a production vehicle.

Another neat feature: Turning on the left or right signal lights activates cameras in the gauge cluster, showing you the entire side of the vehicle, including any vehicles, cyclists, pedestrians lurking there, effectively removing the word ‘blind spot’ from driving vocabulary forever.

On our next FIRST stop, Province House, we wondered if we would be invited in. In the Bentley-like Genesis GV80, we thought we might be mistaken for diplomats or other Very Important People. Province House, built in 1819, was the first government house in Canada.

Driving the GV80 feels good and, if you opt for the opulent Genesis, your wallet will feel good, too. The Genesis GV80 starts at $64,500 and, depending on trim and engine choices, reaches a top price of $85,000. It’s an affordable alternative to its many competitors.

Happy New Year and here’s to the beginning of a new era, a Genesis, for the world.