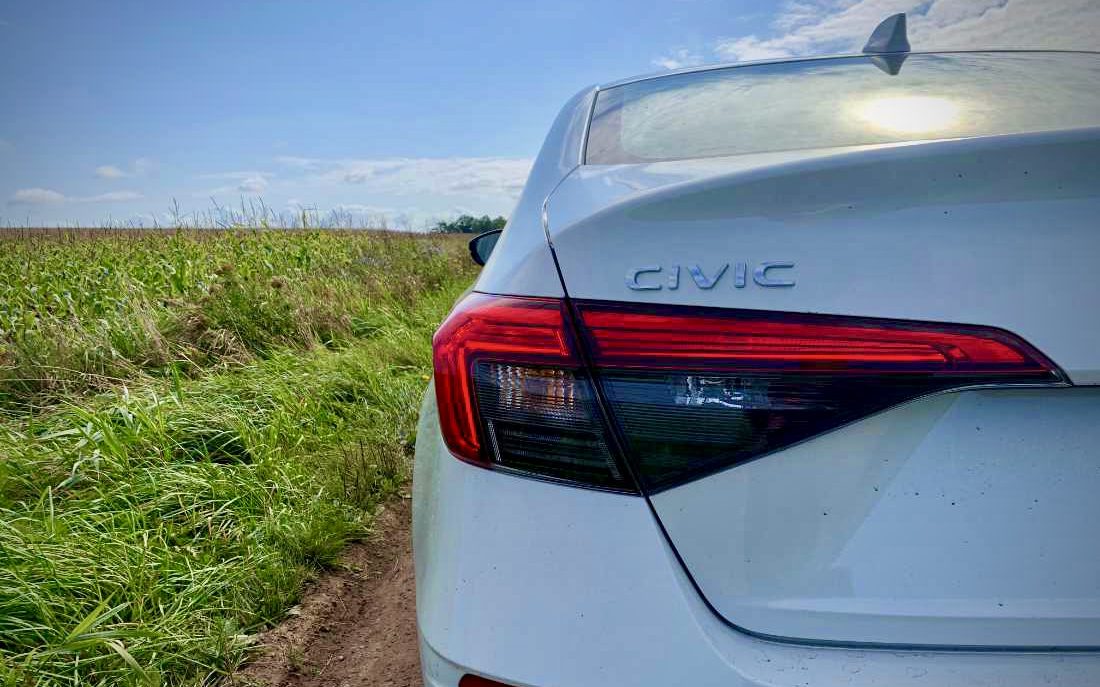 The Honda Civic of today is a far cry from the one I bought in the early 70s. That first generation Civic and its Accord sibling helped start the Asian import movement that came to dominate the industry. They also forced domestic automobile manufacturers to re-examine how and what they built.

The Civic became the best-selling car in Canada for 23 consecutive years!

As a result, the Civic remains one of the most significant cars in the industry. The 2022 Civic rolling off the Alliston, Ontario assembly line is a major departure from the outgoing model. Smooth lines have replaced the sharp edges and controversial styling.

The extensive redesign has resulted in a more mature and upscale Civic.

The grown-up look continues inside. The redesigned interior is more refined in appearance and includes significant technology upgrades.

The full-width, honeycomb-like mesh hiding the air vents, is a neat touch and the new front seats will be appreciated on long drives.

The console is wider and has generous provision for phones, keys etc. A larger infotainment display is accompanied by actual knobs and buttons. Apple CarPlay, Android Auto and wireless connectivity are standard.

As we have come to expect from Honda, the development team sweated the little details. Steering and suspension tuning has been updated to take advantage of the stiffer new chassis.

The 2022 Civic continues to be offered in both sedan and hatchback body styles.

While nearly everything else has been redesigned, the engine/transmission are carried over with a few minor upgrades.

The standard engine on base models is a 158-hp 2.0-litre four-cylinder. Other trim levels get a turbocharged and intercooled 1.5-litre four. Revised turbocharger plumbing has resulted in more horsepower and torque – now 180 horses and 177 lb. ft.

Fuel mileage has been improved for both engines. Both are paired with a continuously variable automatic transmission sending power to the front wheels.

The tester was an EX model with the turbo four. Response was instantaneous and there is plenty of power for most situations. It isn’t the fastest or most powerful in the class, but makes up for that in refinement and exceptional fuel economy.

There is a significant difference between Eco and Sport drive modes. The former dumbs down things in the search for maximum mileage while the latter tightens up the steering and keeps the engine within the meat of the power band.

While the right-hand pedal of the 2022 Honda Civic may not cause excitement, turning the steering wheel does.

Response here is also immediate – and linear. The stiffer new chassis and revised suspension have turned this meek-looking car into a sports car pretender. Handling is sharp and there is little body roll or understeer until the very high limit. Yet, the ride quality is smooth and comfortable over all but the worst surfaces.

The Civic has become an industry standard. This latest generation is a significant upgrade. A cleaner and more mature look, inside and out, is accompanied by improvements in both ride and handling. Technical and safety upgrades are the frosting on the cake.