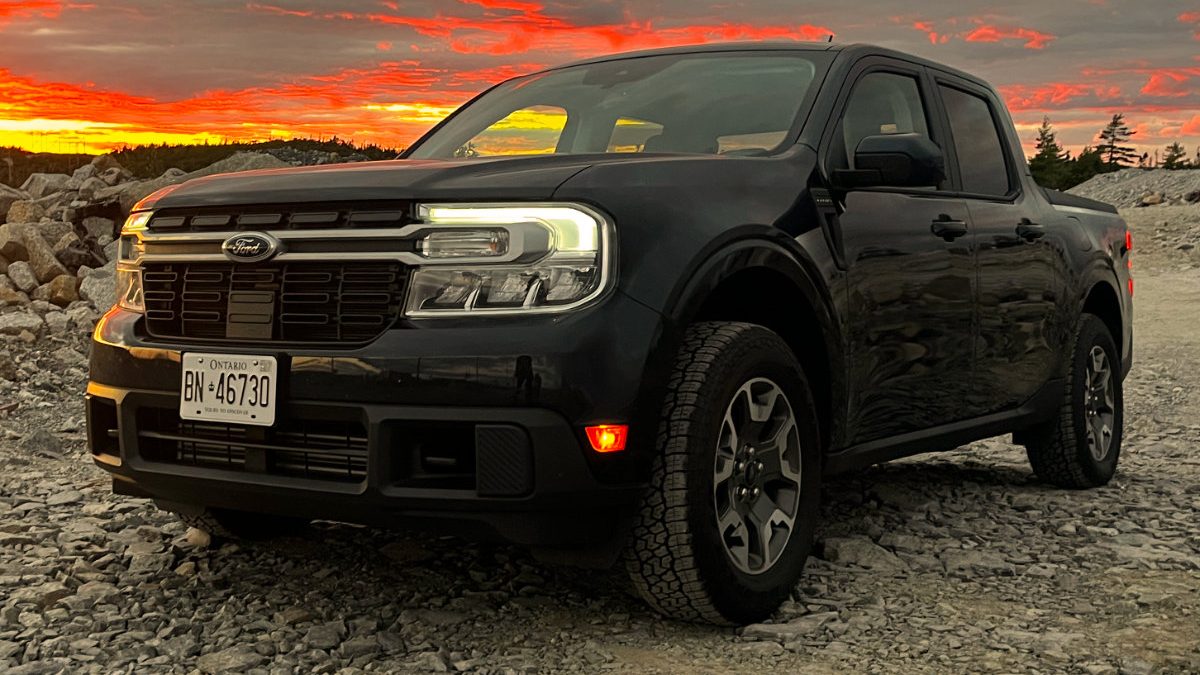 I have been the proud owner of a third generation Ford Ranger for more than a decade. That model was discontinued after 2011. Several years passed before it was replaced. The 2019 Ranger, based on an Australian platform, was indeed smaller than current full-size pickups – but it was huge compared to my old Ranger.

The new Ranger is about the same size as a 20-year-old full size F150.

Finally, a true compact pickup has come along to meet the needs and wants of folks like me who don’t need a big truck, but occasionally have use for an open bed. In my case, occasional is the operating word.

After a dozen years, my ‘little one’ has less than 40,000 km on the clock. Like most babies, it has been spoiled – waxed, garaged, serviced regularly. But until now, there has never been anything on the market I would consider as a replacement.

The 2022 Ford Maverick is that truck.

Driving the 2022 Ford Maverick and the 2010 Ford Ranger back-to-back is a lesson in evolution.

The Maverick has more power, yet gets vastly better fuel mileage. It rides like a limo compared to my rigid Ranger. The rear accommodations of my truck consists of a pair of folding ‘seats’ that, when down, face each other.

Access is through a narrow opening and comfort a mere dream. The Maverick, on the other hand, has a pair of conventional rear doors allowing access to a roomy conventional seat with room for two in comfort, three in a pinch.

The Maverick tester had all that and more – a lot more.

All the modern conveniences from infotainment and navigation systems to power seats and great LED headlights. Of course, the new truck has all the conventional safety features. Mine has a pair of airbags, both of which have been replaced through recalls.

The difference is startling.

Thanks to a turbocharger and modern tech, the little engine in the Maverick puts out 250 horsepower and 277 lb. ft .of torque. It is no contest whether accelerating from rest or pulling out to pass on a hill.

The Maverick also wins at the pump, using approximately half as much fuel for a given distance!

My truck has a four-wheel-drive system with a transfer case and high and low ranges. The Maverick also can send power to all four wheels. But here, an electronic system activates the all-wheel drive system according to need and conditions.

“This feels like a car, I could actually enjoy driving this,” she said.

Other than the vastly superior interior accommodations, and performance, the biggest difference between the two trucks is ride quality.

Both wear identical FX-4 Off Road decals on their rear flanks. In my Ranger that means hefty springs /shocks and an absolutely brutal ride on less-than-perfect surfaces, which is most of Nova Scotia off the 100-series highways.

Should you come across a bump mid-corner at speed, the sold rear axle will hop up and come back down a couple of feet off the line. Bumps and other road blemishes are teeth-jarring experiences. Travel the same road at the same speed in the Maverick and you’d think you are in a car.

That’s exactly what my considerably better half said after only a few minutes in the Maverick. “This feels like a car, I could actually enjoy driving this,” she said. The lady is not a fan of the Ranger!

Not everything is better in the new trucklet. The two are pretty close in overall size – length, width and height. But park the two side-by-side and the difference is quickly evident.

The Maverick gives preferential treatment to people. The old Ranger put the box first with people a secondary consideration.

I have watched with interest as manufacturers attempted to produce “small” or “compact” pickups.

The new Ford Maverick is just that, finally.