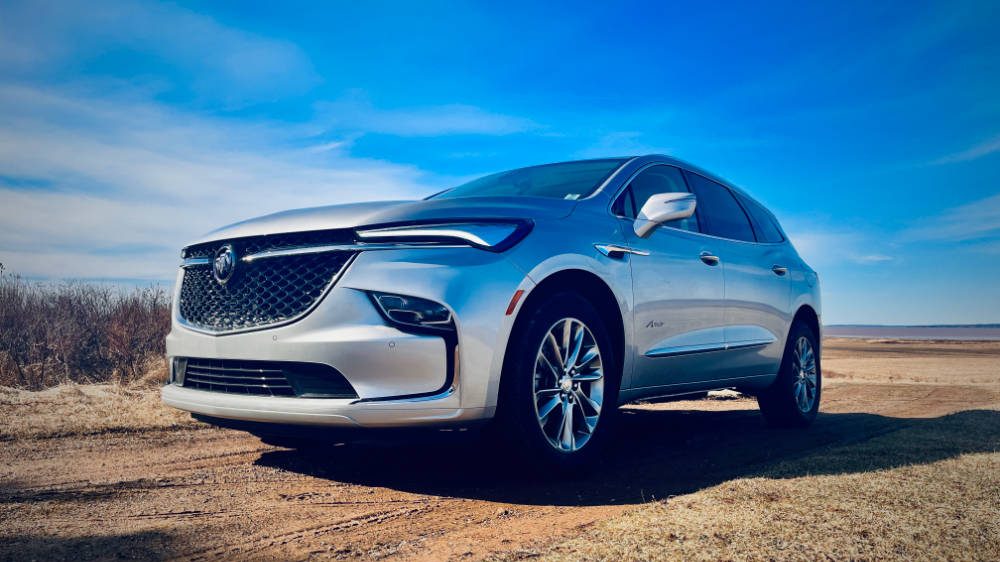 Buick is one of the oldest automobile brands in the world. The first two Buicks were produced in 1899 and 1900 by the Buick Auto-Vim and Power Company owned by David Dunbar Buick.

He incorporated the Buick Motor Company in May 1903 in Detroit, sold the company to James Whiting four months later. Whiting moved the company to nearby Flint, Michigan and the company produced 37 cars the following year there but ran out of money.

By 1908, Buick was the number one producer of automobiles in North America with an output of 8,800 new vehicles, overtaking Oldsmobile and Ford for that honour.

As a division of GM, the marque was slotted in just below Cadillac and paired with Pontiac in showrooms across North America. North America’s oldest nameplate has outlasted fellow GM brands Pontiac and Oldsmobile. Long known for large, comfortable cars, Buick has followed the industry trend and no longer actually produces any cars.

The three-row Enclave, the brand’s flagship, received a mid-cycle makeover for the 2022 model year with new front and rear fascias, an updated interior and technical and safety feature upgrades.

It comes in three flavours: base, Sport Touring and Avenir.  All come with a 3.6-litre V6 sending power to all four wheels through a nine-speed automatic transmission and sophisticated all-wheel-drive system.

As tested in Avenir trim, the 2022 Buick Enclave upholds the marque’s reputation.

It is a roomy, quiet, comfortable and, as befits the role of flagship, well-equipped and luxurious. So much so, that it could be considered a good value when compared on an apple-to-apple basis with similar size efforts from noted luxury brands.

The Enclave shares its basic platform and drivetrain with the Chevrolet Traverse. But everything you see and feel has been upgraded. The exterior design is unique and the interior more upscale. The Avenir trim gets unique looks at both ends, and different lights and wheels.

The interior is generally upscale in terms of materials used, their application and overall design.

The infotainment system is intuitive and has been updated for 2022 with improved Apple CarPlay and Android Auto compatibility. The graphics are crisp and clean and the onboard Wifi hotspot much appreciated.

The third row seat is surprisingly comfortable and easily accessed past the second row buckets. The cargo area aft of that third row is adequate and, with it folded – spacious. With second row seats down, it becomes a well-finished cavern.

The V6 is smooth, quiet and responsive, providing plenty of power for all occasions and the ability to tow up to 5,000 pounds (2,267 kg).

It is not the most fuel-efficient vehicle in the class, thanks partially to an almost 5,000-pound weight with driver and one passenger aboard. That weight is not otherwise evident. It likely contributes to the excellent road manners over poor surfaces.