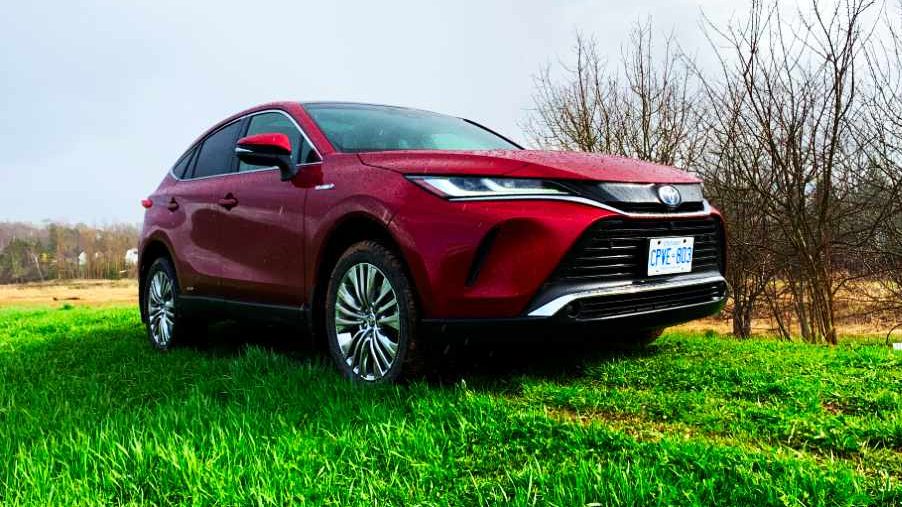 Toyota offers a wide range of crossovers covering the $24 – $75K range, from the sub-compact C-HR to the giant Sequoia. The middle ground is occupied by the RAV4, Venza and Highlander. Something for every taste and budget.

The 2021 Venza is an example of Toyota’s ability to cover all the bases.

Built on the same platform as the RAV4, it has a sloped roofline that allows it to stand apart from the crossover pack. But that same roguish roofline means second row occupants have to duck to get in, and will find less headroom once inside. Rear cargo space also takes a hit.

The differences are significant. Despite being 14 centimetres longer than the RAV4, the Venza has 30% less cargo space behind the rear seat – 28.7 cubic feet, compared to 37.6.

In both cases, the cargo floor is higher than the competition to make room for a hybrid’s lithium-ion battery pack. You have to lift heavy items like large suitcases further to get them aboard.

At the other end of the interior, the instrument panel of the Venza and RAV4 also differ. Here again style was a higher priority.

The development team went for an infotainment screen with capacitive touch buttons instead of old-fashioned knobs and buttons. Stylish it may be, but functional it is not. 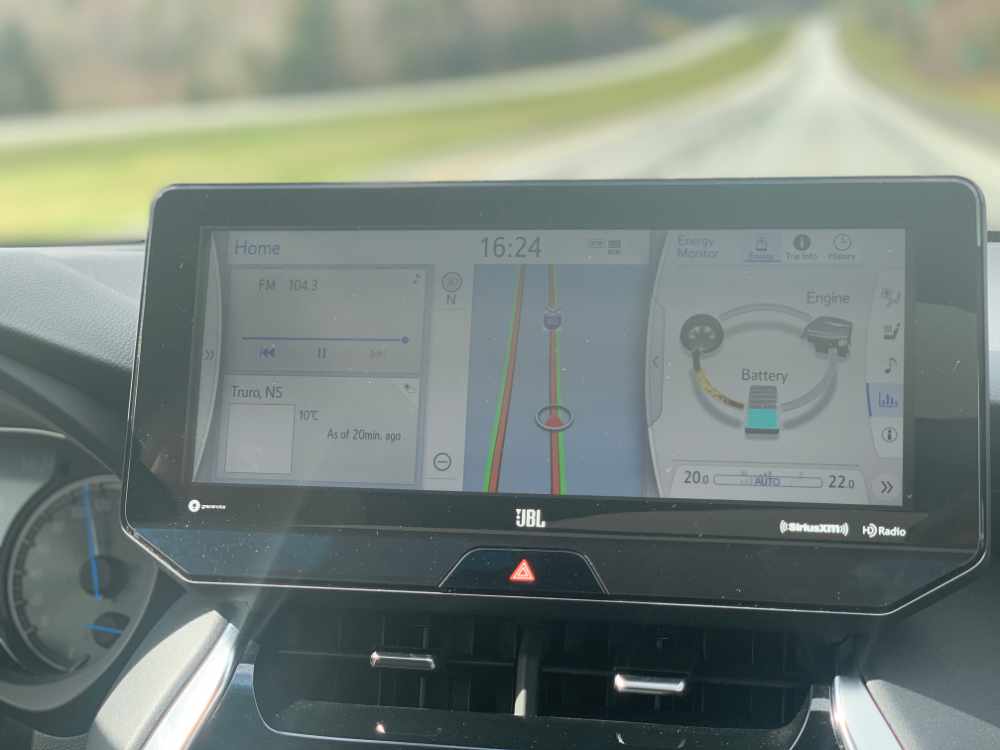 Even after you have become accustomed to the location and various functions, you have to take your eyes off the road too long to do something as simple as changing the volume or temperature. Even if you manage to touch the right portion of the panel, you’ll find things too sensitive to touch.

This system only appears on the XLE and Limited trims. The base LE gets traditional knobs and buttons.

I am not a fan of sunroofs – whether they open or not. But in this case, I might make an exception.

The tester came with what Toyota calls a Star Gaze panoramic roof. This giant fixed piece of glass changes from clear to opaque at the touch of a button. Too much sun or light, press the button and the glass seems to become frosted over. Excellent!

Click here for a video of the Star Gaze panoramic roof in action.

The Venza is only available as a hybrid. It has Toyota’s well proven combination of a normally aspirated 2.5-litre four-cylinder engine paired with a trio of electric motors – two for the front end and one at the rear. A continuously variable automatic transmission is employed.

With 219 horsepower, the Venza does not have the power and punch of some turbocharged four or V6-powered competitors or even the excellent 302- horsepower RAV4 Prime. But it acquits itself well in stop-and-go city driving where the instant torque of the electric motors comes into play. 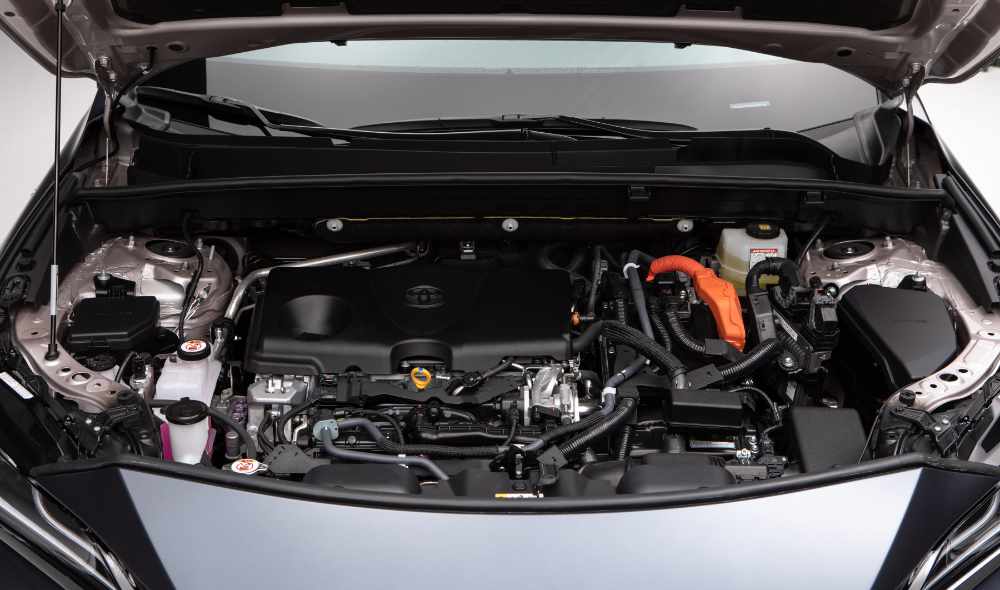 The Venza is a thrifty devil – thanks to that hybrid system.

I averaged 7.1 litres/100 km for a week of mixed driving conditions.

The Venza may share the same New Global Architecture platform as the latest RAV4, but this one has been tuned for comfort and on-road driving rather than off-road antics. The ride is supple, and quiet.

The tester exhibited a fair bit of road noise, especially in the corners, but I put that down to the set of four winter tires the Venza was wearing when I drove it.

Speaking of winter, the standard all-wheel-drive system, is an electric on-demand arrangement that can switch seamlessly from 100% of power to the front wheels to as much as 80% to the rears when more traction is called for.

The Drive Mode selector features normal Sport and Eco modes. Sport livens things up noticeably, but I came to think of Eco as the snooze mode.

There is also an EV mode which enables low-speed electric-only driving for short distances. Perfect for sneaking into the garage or driveway late at night or out early in the morning.

If you and your lifestyle favour form over function, this stylish two-row crossover might just be the ticket.