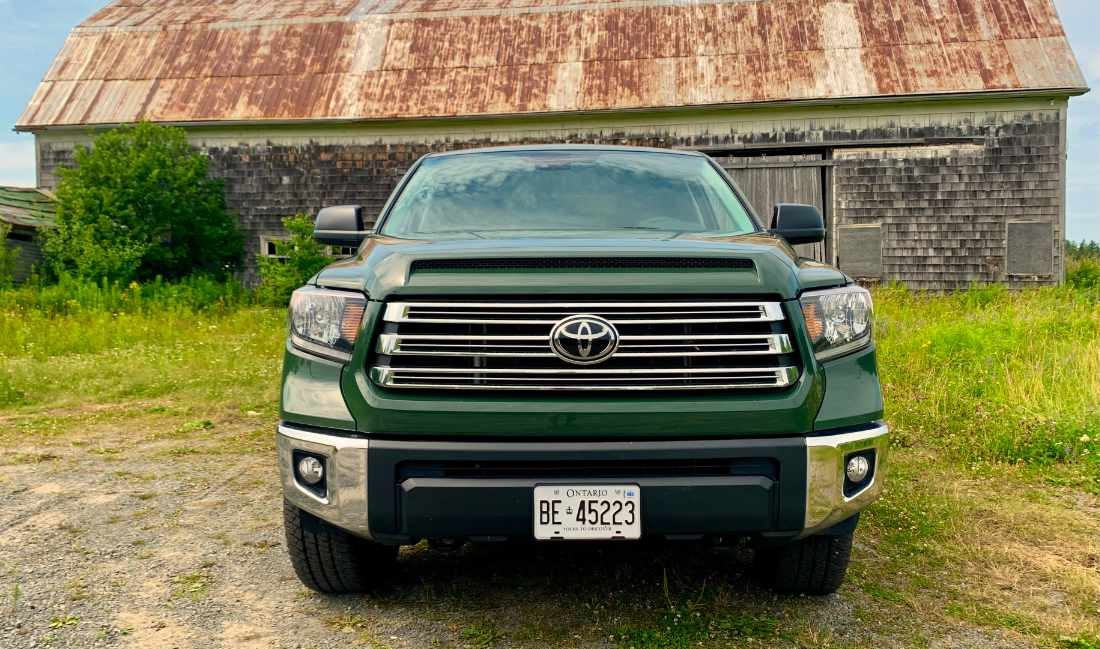 You’ve got to hand it to Toyota. It won’t quit.

I was at the brand new plant in San Antonio, Texas in 2008 when the first truck rolled off the line. That Tundra was meant to compete with the last bastion of owner loyalty in the huge American market – the full-size pickup.

Building Toyota’s entry at an all-new plant in the heart of pickup country was surely a step in the right direction.

All these years later, the Toyota Tundra has established a loyal following, but it has hardly made an impression on the pickup market.

But Toyota is not giving up – it has just announced the first completely new Tundra since that 2008 version.

There was a mid-cycle makeover in 2014, but that was essentially just a refresh and not much has changed since 2008. The 2022 Tundra will be all new from road to roof when it rolls off that same assembly line in Texas.

The completely new 2022 Toyota Tundra is coming. But first – a look at the outgoing model

In the meantime, let’s have a look at the last of the current Tundras, a 4×4 Crew Cab in SR5 trim. First things first – if you are a fan of the good old ‘Murican’ V8, get to your local Toyota store and grab a 2021 Tundra. The only available engine is a hearty 5.7 litre V8 belting out a stout 380 horsepower.

By way of comparison, the 2021 GMC Sierra I tested last month had a 355-horsepower V8 and easily managed 11.1 litres/100 km for a mixture of city and highway driving, dipping into single digits on the highway.

Once you get past the dismal fuel economy, the Tundra is a very impressive big truck.

As we have come to expect from Toyota, quality and reliability are above reproach. The 2,600 folks working in the San Antonio, Texas plant deserve praise for the way the Tundra is put together – tight as a drum and solid as a rock.

My Army-green tester was a formidable visual and aural presence, with a massive upright grill and that beefy engine announcing its V8ness with a roar at start up. Other than the thirst, the beefy eight never failed to impress. Quick off the line, and at complete ease climbing long grades or passing, it made long highway runs a lark.

Step inside and you are once again reminded of the age of the 2021 Toyota Tundra , despite Lexus-like fit and finish.

The design and placement of controls are somewhat dated and materials sub-par. All of the amenities are there from heated seats to an infotainment system that is both Android Auto and Apple CarPlay compatible. A small 18-cm touchscreen is standard on lesser trim levels. The tester had a 20-cm unit.

There is plenty of head and legroom in both front and rear seats of the Crew Cab model. Rear seat legroom is especially impressive. However, the front seats are not as comfortable and supportive as those of the competition.

On the road, the Tundra is a comfortable way of passing the miles. The ride is smooth and pleasant and there is very little road or wind noise. The suspension absorbs major imperfections with ease, but abrupt surface changes like potholes are less pleasant.

The 2021 Toyota Tundra CrewMax features spacious accommodations, and a strong but thirsty drivetrain. It has an excellent reputation for quality, reliability, and durability.