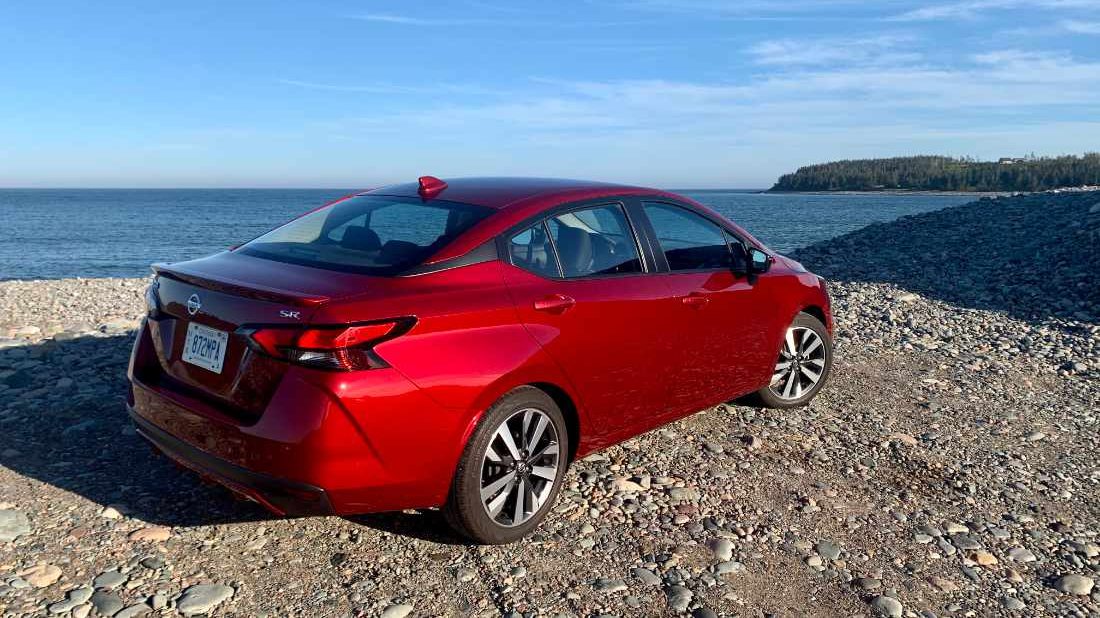 Manufacturers – and consumers – are abandoning cars. Nissan is bucking the trend.

With a starting price of less than $17,000, the 2021 Versa is among the least expensive cars on the Canadian market. It brings a host of safety features and technology at an affordable price.

Nissan does not claim the ‘least expensive’ title in this small class. A quick look at and inside the new Versa reveals it doesn’t look like a contender for that moniker. It only takes a few minutes behind the wheel to discover it doesn’t drive like one either.

Very few cars near this price point offer as much safety, features and technology. Those that do, cost thousands more.

Nissan’s baby has grown up!

The third generation Versa is categorized as subcompact, but it comes across as a much larger vehicle than others in the class. The spec sheet backs up that impression with both passenger and cargo space exceeding that offered by the remaining competition in the sub-compact segment.

This puts the Versa in an interesting position, and makes its price/value even more attractive. The average consumer appears to have chosen height, space and utility as the reason to buy a crossover instead of a car. That decision has been made easier by pricing. There is very little difference now between the cost of a car and that of a crossover, especially in the sub-compact ranks.

The amount of interior space in the new Versa, especially in the rear seat, allows it to compete very favourably with subcompact crossovers.

Nissan throws a wrench into the cost comparison by pricing the Versa thousands less than a crossover offering anywhere near as much room. Especially if equipped with the same level of standard equipment, safety features and technology.

Versa’s pricing is tough to beat.

It starts at less than $17,000. But let’s admit, most dealers don’t stock this model, because most consumers are not interested.

Step up to the $19,500 SR trim and you get 16-in alloy wheels, an automatic transmission, air conditioning, power windows and locks, remote keyless entry, tilt & telescope steering column, cruise control, blind-spot warning and so many more features (see list below).

The exterior appearance is very current and bears more than a passing resemblance to its Sentra, Altima and Maxima siblings, from the V-shaped grill to the curved roofline.

Step inside and you are greeted with an airy and roomy cabin. Rear seat space is especially impressive in light of the size of the car. The trunk is large enough to beat the space behind the back seat of sub compact crossovers and easily accessed through a low and wide opening.

The V-shaped instrument panel mimics the front end. The 18-cm ‘floating’ touchscreen for the infotainment system is integrated into the design rather than tacked-on as is often the case.

The 2021 Nissan Versa is wider than the norm in this category and that adds to the roomy impression.

At this trim level, the seat coverings feature contrasting stitching. The front seats boast Nissan’s excellent Zero Gravity design with lots of support above and below the waist. I emerged after four hours at the wheel with no need for a chiropractor.

The Versa shares its stiffer platform and drivetrain with the Nissan Kicks. This third generation Versa gets its power from a 1.6-litre four. It has 122 horses in the corral, 12 more than the previous version. Not exactly exciting on paper or in use, but sufficient for all normal activities.

I’d say the 2021 Nissan Versa is best suited to urban life but requires patience if accelerating at higher speeds.

The Continuously Variable Transmission (CVT) is one of the better units of this type with simulated gears allowing it to avoid the droning common with CVTs – under all but wide-open throttle conditions. Fuel economy is excellent, I saw numbers dipping into the low 6L/100km numbers with no attempt to ration fuel.

There is nothing special about the suspension – MacPherson struts up front solid axle in back -or the brakes, discs in front and drums behind. All are proven long-life components and there is no intention of this being a sports car. The ride is comfortable and composed over all but the worst surfaces.

The 2021 Nissan Versa is practical rather than exciting. It offers a surprising amount of space, technology and features at a very attractive price.