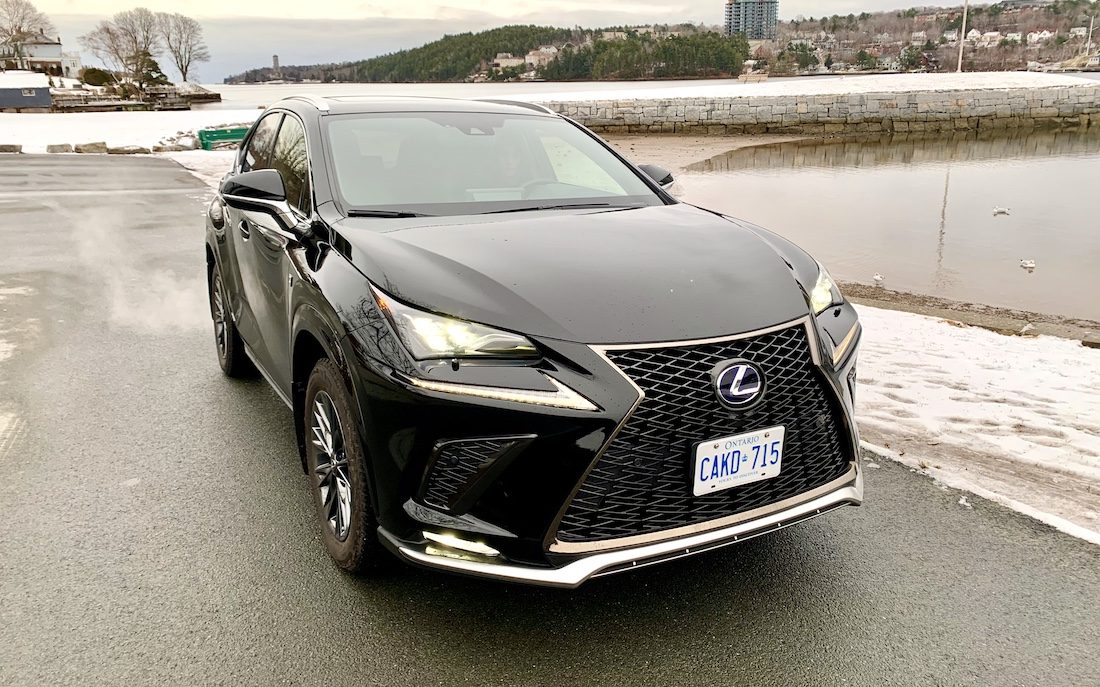 Lexus rattled the car world in 1989 with the introduction of the LS sedan. From that point, the upstart luxury arm of Toyota became a player.

Crossovers and other cars, even convertibles followed, along with hybrid versions and F Sport trim levels. A hybrid version of the first crossover, the RX, appeared in 2005.

Anticipating growth in the compact crossover luxury sector, Lexus introduced the NX in late 2014 as a 2015 model. Based on the Toyota RAV4 platform, the NX had its own styling, drivetrain, interior and, as expected from the brand, a high level of fit/finish and luxury.

While the RAV4 has moved on to a new platform, the 2021 Lexus NX remains based on the old RAV4 underpinnings. The test vehicle was a 2021 NX 300h. I have no idea where the 300 came from, but the ‘h’ designation tells us it is a hybrid.

The NX300 comes with a turbocharged 2.0-litre four-cylinder engine producing 235 horsepower. It sends power to all four wheels through a conventional six-speed automatic transmission.

The 300h has a normally aspirated 2.5-litre four-cylinder engine operating on the Atkinson cycle (less power but better fuel economy) along with ‘Lexus Hybrid Drive’. This involves three electric motors, one on each axle and a third acting as a motor-generator mounted at the rear of the engine. This self-charging hybrid-electric pairing delivers a total of 194 horsepower through a continuously variable automatic transmission.

All-wheel-drive is accomplished by the electric motor driving the rear wheels. A drive mode selection system allows you to adjust the performance/efficiency profile.

There are few updates for the 2021 NX. One of them, is the availability of an F SPORT edition of the 300h. It adds uprated shock absorbers, unique steering wheel and 18-inch black alloy wheels, triple-beam LED headlights (exemplary!), heated and cooled front seat with memory for the driver, power moonroof and hatch, 120-volt outlet, and an intelligent clearance sonar system with rear cross traffic braking.

The front seats are comfy and supportive for large and small folks over long sessions. There is room in the rear for two adults and the cargo space is plentiful, with minimal loss due to the battery pack beneath. The rear seats don’t fold completely.

The overall impression is one of style, space and luxury. The driver faces a pair of gauges, one for road speed and the other for a variety of hybrid-related functions. The centre stack is topped by the infotainment screen, beneath which are the HVAC and audio system controls. The slot for a CD shows the NX has not been updated recently. There is a considerable blind spot at the rear quarters.

The flat portion of the wide centre console hosts the controls for the infotainment system. This fussy arrangement requires far too much time with your hands off the wheel, your eyes off the road and a very steady finger on the touchpad.

The 2021 NX offers both Apple CarPlay and Android Auto capability.

The 300h is surprisingly agile when the road develops the bends. The ride is on the firm side on nasty surfaces, but the reward is the responsiveness to steering inputs and lack of lean when pressed in the corners.

Hybrid drivetrains are at their best in low-speed, stop-start conditions. The NX300h excels in this situation with remarkable fuel economy for a 4,300+ pound vehicle. But venture beyond the confines of an urban environment, and the lack of power and the CVT transmission become less pleasing.

The 300h takes almost 10 seconds to reach highway speed from rest, several seconds more than the non-hybrid 300. During this lengthy period of the necessary full throttle application, the engine groans away at high revs. Nobody does a better job of hybrids than Toyota/Lexus. But others have made advances in CVT programming.

The Lexus 300h is starting to show its age on a number of fronts.

But is retains all of the expected Lexus benefits – luxury, reliability, resale value. I have no hesitation in recommending the Lexus NX300h – if the majority of your driving is in the city. Otherwise, the non-hybrid NX300 would be a better bet.