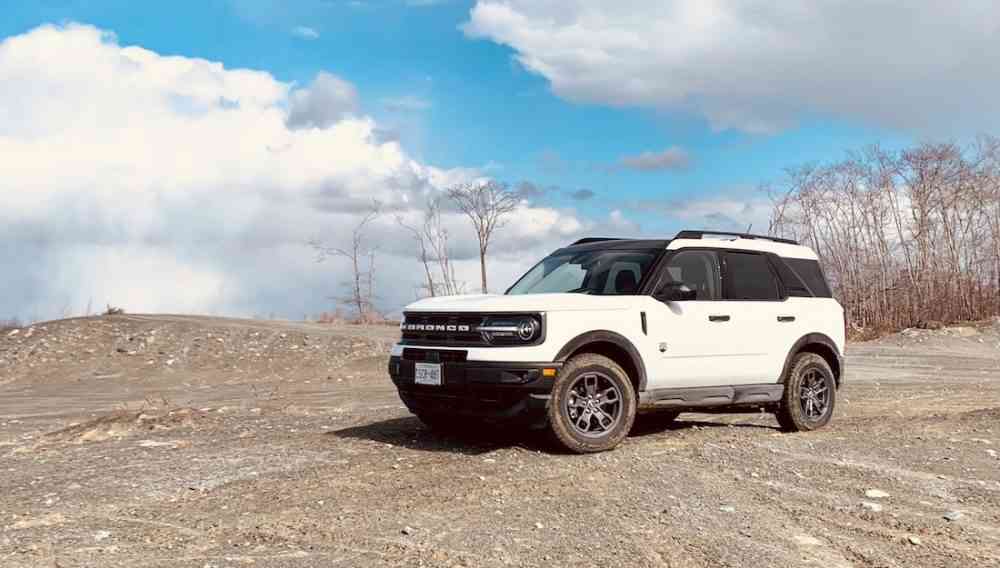 Ford and horses are a common pairing. Mustang and Bronco are two of the brand’s most famous and successful offerings.

Hoping to cash in on that familiarity, the company has attached those names to a pair of new Crossovers that share little with the originals. The latest Ford to wear the Mustang name is a pure electric four-door.

The 2021 Bronco is a compact front-drive unibody. The new Bronco actually comes in two formats – the Bronco Sport tested here and a bigger body-on-frame Bronco to follow in a few months.

2021 Bronco Sport – with ground clearance and G.O.A.T. (Goes Over Any Terrain) modes that invite you off the beaten path

The Bronco Sport slots into the company’s Crossover lineup between the Escape and Edge. Based on the Escape, the Bronco Sport has been developed with some serious off-road credentials. That has resulted in the ability to go where no Escape would try to tread. But, on the other hand, the Escape has a much more comfortable highway ride.

The Bronco Sport comes only with all-wheel-drive and sufficient ground clearance to invite you to venture off the beaten path. It is equipped with the latest electronic drivetrain technology, ensuring traction in a wide variety of conditions.

Ford cleverly terms this multi-mode system’s capability as G.O.A.T – Goes Over Any Terrain. The modes include Slippery, Sport, Eco, Normal, and Sand. For some reason, the default mode on the tester was sand.

Lots of options on the Bronco Sport Big Bend, about the middle of the trim level, but not heated steering wheel

My only wish was for a heated steering wheel, which appears higher up the trim ladder.

It also had Ford’s Co-Pilot 360 suite of safety features that warns of an impending collision and applies the brakes if you don’t; steers back into its lane if you drift over the line marker and warns if there is a vehicle in your blind spot when changing lanes or while reversing.

The 2021 Bronco Sport is a head-turner

Visually, the Bronco Sport stands apart from the pack. It bears a strong resemblance to the Land Rover, especially the two-level roof, tall hood and squared-off rear quarters.

The little white tester drew more attention than any other vehicle driven in the past many months. Young folks snapped pics with their phones, and older ones took the time to walk up, study it, and ask questions.

The tall, square roofline means plenty of head room in both front and rear seats. It also makes it easy to get and out. There is plenty of glass and the tall seating position means great visibility. 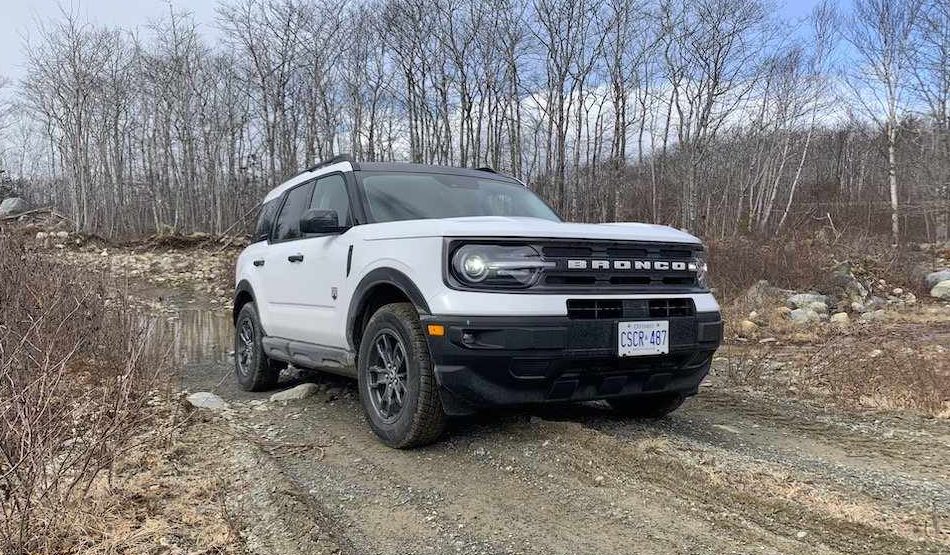 I found the lower cushions of the front seats to lack lateral support, but that might be more attributable to my driving style – I tend to like corners!

There is ample provision for storing small items and the back of the front seats has a slick slot for second row occupants to place items within easy reach.

The three-cylinder engine is respectable, despite hilly terrain

All but the top-grade Badlands model are equipped with a turbocharged 1.5-litre three-cylinder engine. The Badlands gets a 2.0-litre turbocharged four-cylinder. The three produces 181 horsepower and 190 lb.ft. of torque, while the four has 250 ponies in the corral and 277 lb. ft. of torque on offer. Both engines are mated to an eight-speed automatic transmission, and an electronically controlled all-wheel drive system.

Despite its diminutive size, the engine was not as thrifty as the numbers would indicate. Put that down to our Maritime roads which are littered with hills, forcing the turbo to stuff more fuel and air into the engine. The tester could not maintain a pre-set speed on cruise control on long grades. I averaged 8.5 litres/100 km for a mixture of city and highway running.

The car-based Bronco Sport is an extroverted little crossover bristling with personality, and the ability to back up its rugged looks.

Click here for a video review of the 2021 Bronco Sport.