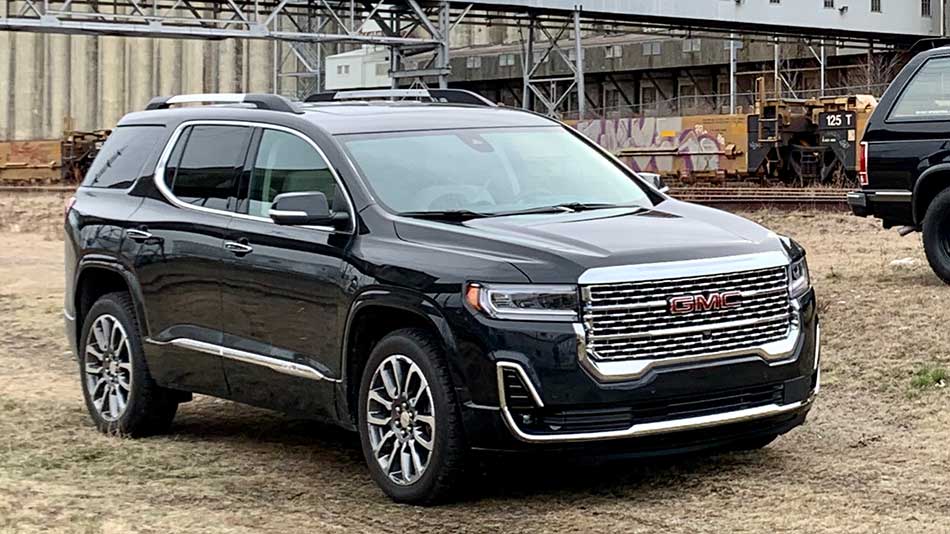 You can argue that this was not a quality issue – but the surveys are meant to gauge customer satisfaction. If an owner was not happy with a system, they are unlikely to be happy with the vehicle.

All this by way of introducing the 2020 GMC Acadia.

As I approached it for the first time, I found myself thinking. “OK another crossover, the fifth in a row.” I had studied the spec sheet and accompanying information prior to that first drive. This was the latest iteration of the second-generation Acadia first introduced in 2017. It had some design changes front and rear, some changes beneath the hood and “upgraded navigation and entertainment systems.”

The latter showcased just how significant these systems have become in the overall ownership. My background and driving style cause me to spend a great deal of time thinking about the dynamics of a vehicle, how the engine, transmission, suspension, brakes and steering contribute to the driving experience. I also take note of comfort, accommodations, special features etc. and include these in my assessment.

I hadn’t driven more than a couple of kilometres in the new Acadia when I heard a warning “beep”. My wife, Elaine, also heard it and we wondered what it was. 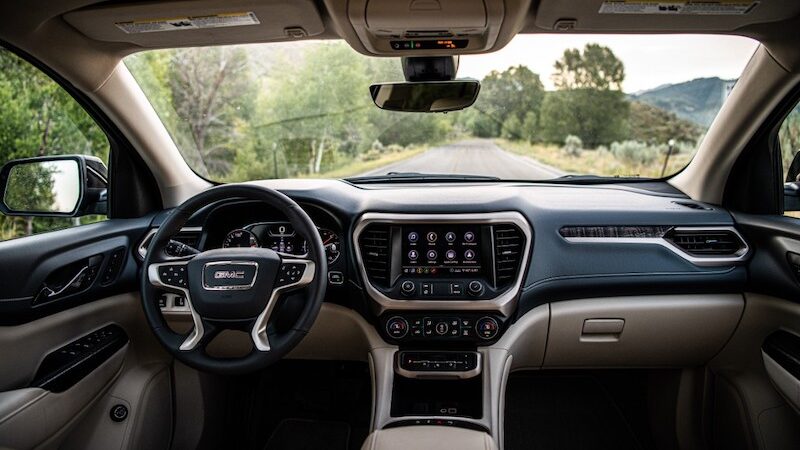 The belts were properly fastened, I had not wavered from my lane, the doors and hatch were closed. What was that about?

“Look” she said, pointing to the 20-cm infotainment system display which displayed “School zone ahead”. Wow, that’s new I said. We also noted several indications of fuel prices with an arrow pointing to a gas station, (obviously ones that had paid for the connection since others nearby did not show).

After pulling into a parking spot at a local mall, while Elaine went inside, I remained in the Acadia. I wanted to learn more about the info system. Before I turned the ignition off, the system told me it wanted to perform an update, that would take about 12 minutes. I approved and it told me to go ahead and turn off the ignition. A colored bar showed the progress as it performed this update.

The ability to update vehicle systems remotely has become common. Most are performed at the dealership utilizing equipment specific to that task.

More recently it has become possible to do so remotely when the vehicle itself is connected to the web. This was my first exposure to this ability, principally because the system was of a new generation and the vehicle itself boasted wifi connectivity.

Needless to say, what has previously caused owners to complain about their new vehicle has been turned into a positive. In addition to updating itself, the new system on the Acadia was far more intuitive than past and other examples.

As for those other things? The 3.6-litre V6 was smooth, responsive and provided plenty of power for all circumstances. The steering provided a decent amount of feedback and the brakes were strong and progressive. The suspension did a good job of absorbing nasty surfaces while keeping the Acadia on a relatively level keel in the corners. The transmission went about its task without drawing attention to itself and a rotary knob on the center console allowed me to select 4WD during a brief snowstorm.

The 2020 Acadia Denali is a full-featured mid-size crossover

The Denali trim level provided lots of leather and a wide array of special features. The big front buckets were comfy and supportive. The second row came with a pair of captains’ chairs which could tilt and slide fore/aft, even with a child seat in use, for access to a third row. Space back there is best left to brief encounters by small people. If you regularly need a third row, there are many larger vehicles to choose from. The overall sensation, aided by extremely low noise levels, was of refinement.

The 2020 Acadia is visually distinguished by a new grill flanked by LED headlights and revisions to the rear appearance. It has a new transmission and a third engine choice. A nine-speed automatic replaces the six-speed and it is controlled by a series of buttons on the console. While this freed up space for more storage, it takes a few days to become accustomed to the layout. Suffice it to say it is not intuitive when trying to change direction quickly in a parking lot or while attempting a three-point turn.

The 2020 Acadia Denali is a full featured mid-size crossover that offers a luxury at aprice well below that of the traditional luxury marques. It also has a pretty impressive infotainment system!