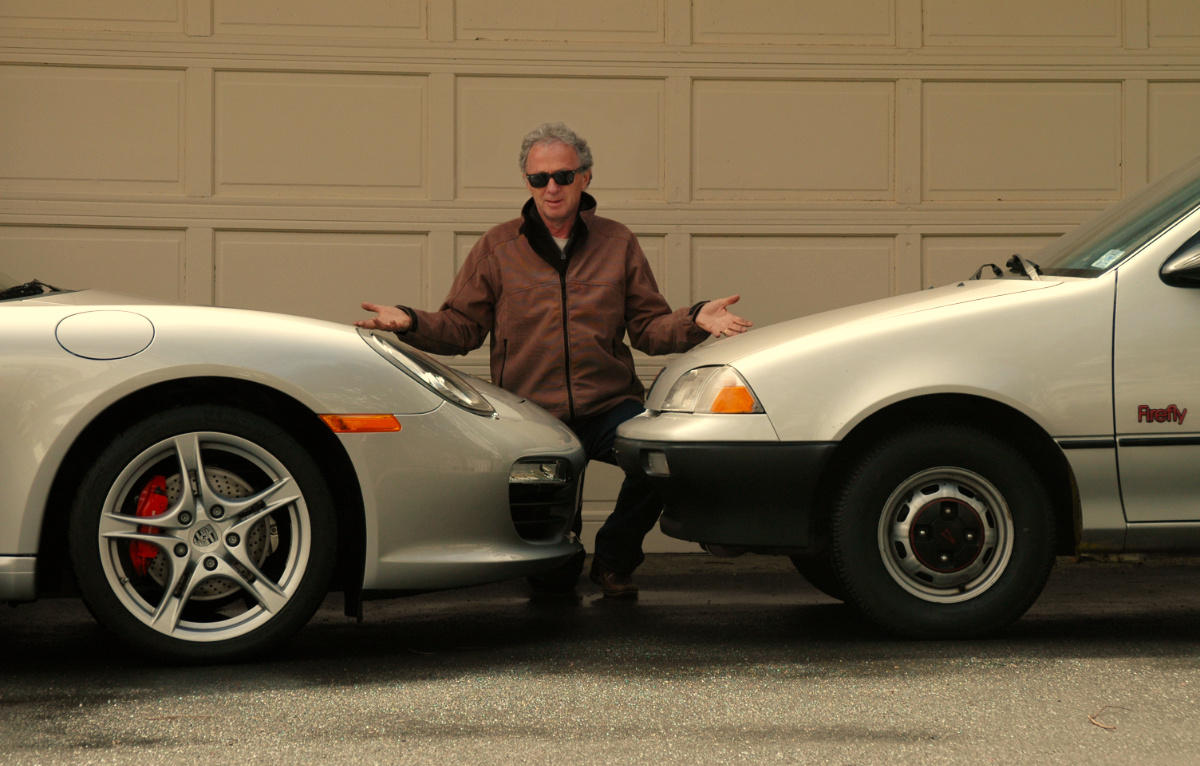 On most days, I think about my twin brother, Larry Sowerby, but on this day in particular, January 10, I think about him every minute. We lost Larry suddenly three years ago on this day. This story is just one of the many examples of love, laughter and fun of a life with Larry in it.

Originally published in the Vancouver Sun in June 2012

It was a generous spring afternoon with bright sunshine and warm temperatures. Backyard and driveway chores were in full swing and the time was ripe to get my 1991 Pontiac Firefly out of the storage bunker after its six-month hibernation.

After a wash and fuss-over, I went for a quick spin to blow the water out of those pesky pooling places and to make sure the ‘Fly’ hadn’t developed any unfavourable habits over the winter. When I got home, twin brother Larry’s silver Boxster S was in the driveway.

“I escaped a pile of home chores to come to the city and feed Cory.” Larry was in his usual good mood, even on a spousal assignment to feed his vacationing son’s family cat.

I asked Larry to follow me downtown to ‘the bunker’ to park the freshened up Firefly. Of course, we swapped cars.

Whenever we’re driving somewhere together in separate cars, we always swap, a matter of duty. Along the way you get to see what your car looks like on the road and, with an identical twin behind the wheel, it’s like watching myself motoring along. 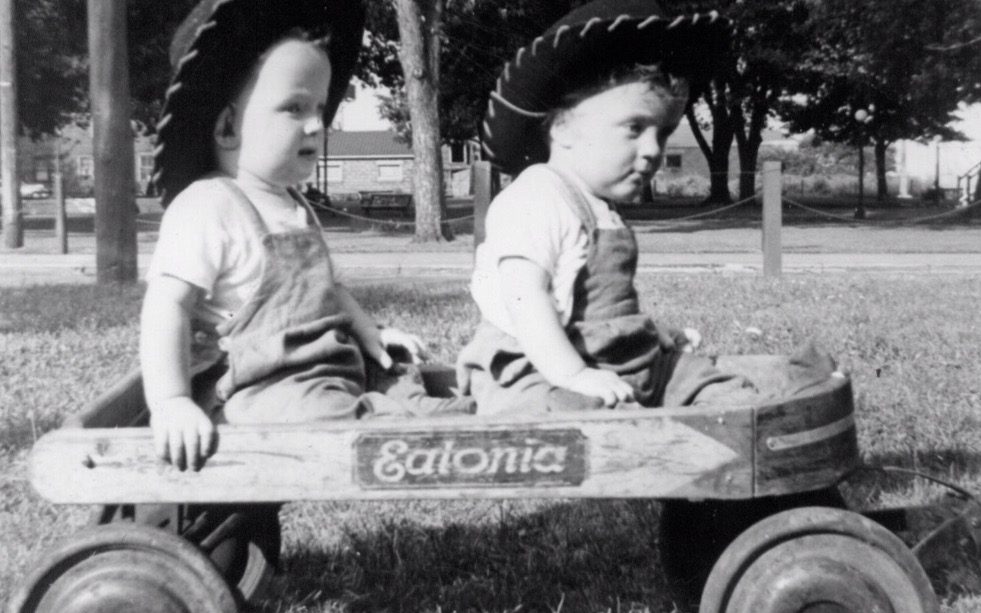 “Hey, don’t I look cool! And my exhaust pipes are level, too.”

At the bunker’s entrance, I carefully nosed the Boxster close to the automatic garage door leaving Larry in the Firefly enough room to pull up behind and operate the ‘open’ switch with the key that was on the Firefly’s key ring.

There was not enough room, so I inched closer to the door and waited.

When the door lifted, I felt the slightest of shudders. Or did I? By the time I pulled into the parking area, curiosity ruled and I walked around to the front of the car.

Nasty greeting! The two wide black scratches on the nose of my brother’s new Porsche looked like bar codes on the side of a widescreen TV box.

From one angle, in the low light of the underground parking, they reminded me of a couple of sabre-toothed tiger fangs.

I fantasized about them just peeling off. Rubber scuffs from the garage door obviously. A cruel warning of how close we came. Nothing like the good fortune of a near-miss scratch to puff up a gorgeous spring day.

“Whew, Got off with a peeler and a finger rub on that one, Larry!” I hoped.

No such luck. Two considerable, to the bone, scratches. Nightmare on the front fascia of Larry’s perfect Boxster. I’d have felt bad no matter whose car it was, but of all the cars I drive in all the places, it’s my twin’s new sports car I have to tangle with? Nice brother I turned out to be.

Larry pulled up in the Firefly. I couldn’t think of any of his toys I’d trashed as a kid.

We were pretty good about sharing everything and I suspected he wouldn’t be mad. But he would be hurt. I was correct on both counts.

On the way home, my droopy ears perked up when Larry offered: “A garage door got the front of the hood of my pick-up truck last summer.”

I remembered seeing the bruise on his truck and the cold shoulder I got when I broached the touchy subject after noticing it at a family gathering.

When in doubt, check it out!

“After that,” Larry continued, “and a time years ago when I misjudged a parked car and smashed the park light out of my Volvo, I made myself a new rule: ‘if doubt enters your mind that you are too close to something, either check it out or stop.’

“I thought of that before I opened the garage door, Garry. But I still hit the open switch.”

Larry was obviously trying to make me feel better.

I knew we were about to analyze the situation to death. What If I had not got in front of Larry so he could check out his Boxster butt on the way to the bunker? What if I hadn’t inched ahead that last bit? What if Larry’s son had not gone away and left Dad to feed Cory the cat?

Was it the Fly’s fault though? If only I hadn’t given it a spit and polish or that afternoon drive-about. Also, let’s not forget the diminuitive Firefly with 12’ Hercules tires is the one that bullied the wiry Boxster S up against the garage door.

Larry dropped me at home. I felt like a loser and, as a distraction, cleaned up my backyard shed. Every now and then I’d forget, then I’d relive the fruitless attempt to simply peel the problem away on the chilly dank floor of the bunker.

The next morning Larry called with the quote for repainting the front fascia on the fanged Boxster. Just under $700. The time had come to admit my mistake and pay up.