Racing is back, baby! And so are the fans

Racing in Atlantic Canada is back. And there are even spectators, though the numbers are much smaller than anyone would like them to be. No matter, it’s good to see cars going round and fans up in their seats.

The first track to return was Petty International Raceway in Petitcodiac, NB.

The 1/4-mile asphalt oval has now had a few weekends of races, and is planning a big weekend of racing September 18th and 19th. It looks like that’ll be the close to their season. The track has barriers around the ticket booths, is requiring distancing and encouraging mask use, and will have hand sanitizer stations.

These days it’s not just the pit crews who have to get ready for the race.

Riverside International Speedway in James River, near Antigonish, has just announced a race for the 26th of this month, but still need to get final approval of a guest management plan.

That would see a crowd less than 20 percent of maximum capacity, with zones of no more than 250 spectators. They expect multiple groups of 250, as long as each has separate washrooms, entry/exit, and seating. The afternoon of racing will have the Parts for Trucks Pro Stock Tour and at least one other series.

Scotia Speedworld in Halifax just announced yesterday that they’ll be having Friday night racing until the end of September.

That adds events the 18th and 25th, and they’ll have a maximum of 250 spectators permitted.

Scotia Speedworld is also hoping for the multiple groupings Riverside is looking for, but is waiting for approval.

On top of the Friday night races, a Parts for Trucks Pro Stock Tour, the Jim Hallahan 250, presented by Nova Truck Centres and Lucas Oil. The 250-lap race (one lap per fan?) will be held this Saturday, the 12th.

Greenfield Dragway in Liverpool cancelled their season earlier in the year, and decided it was best for the group to remain closed until next year.

If you’re looking for straight-line racing, Cape Breton Dragway just had their second race of the season, but limited to 250 total in attendance, fans weren’t high up on the list. That space was quickly used up by competitors and their crews, but at least they were able to race this year.

Atlantic Motorsports Park is open and has several races scheduled

On the road course at Atlantic Motorsports Park near Stewiacke, motorcycle and car racing are both back on the menu. 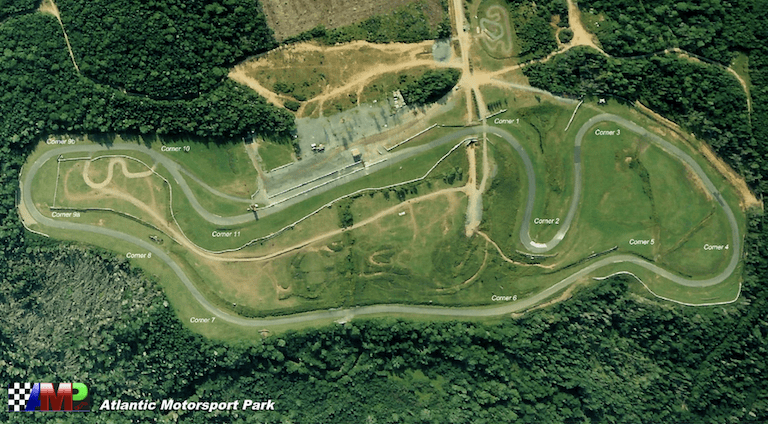 The Society for Atlantic Roadracing League, the two-wheeled group, has a race weekend September 18-20 and their end of year Mack and Jack on October 3rd, but at this point there are still no spectators.