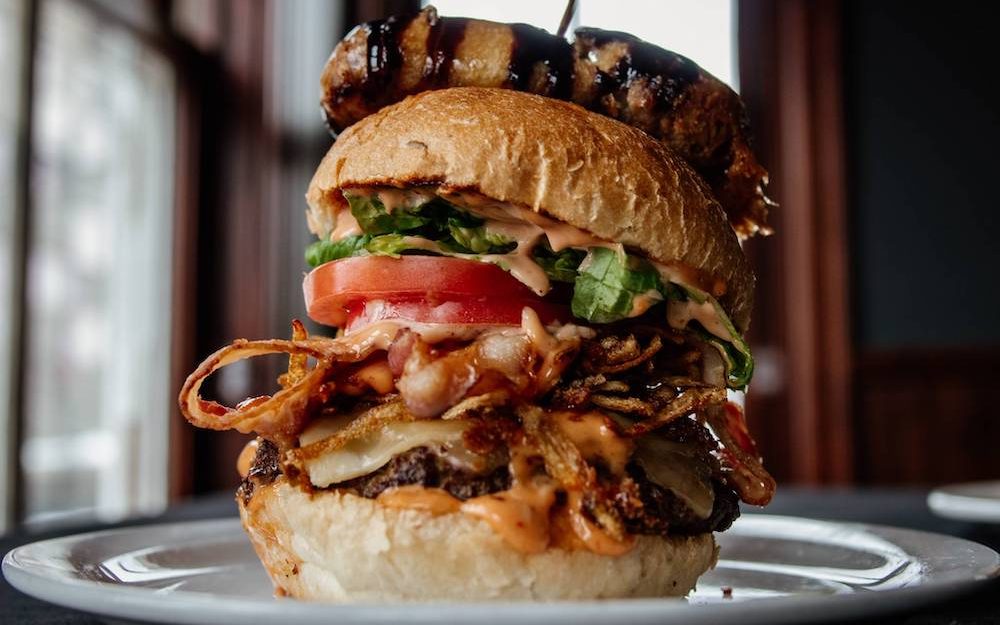 It will have not escaped your notice there are seemingly more variants of the crossover and SUV than there are grains of sand at Risser’s Beach.

Another place to find an abundance of choice? The 10th annual PEI Burger Love festival on Prince Edward Island.

Created a decade ago by two culinary fans at Fresh Media, a PEI creative agency, the event was born of a desire to highlight local restaurants using island beef. This year, over 70 different PEI restaurants brought their A-game, creating a wild variety of tasty burgers using local ingredients and proteins.

Having more than a bit of fun naming the things arguably adds nearly as much flavour as the ingredients themselves. Fight For Your Right To Poultry will please chicken (and Beastie Boys) fans.

If Looks Could Kale and The Dill Breaker win points with anyone that’s a fan of dad jokes. Choriz-y Does It and Cluck Norris rank pretty high, too. The variety is wild.

All of which explains why the new 2020 Volkswagen Atlas Cross Sport was on our minds as we wolfed down an array of burgers that had the same basic structure but shared few ingredients. 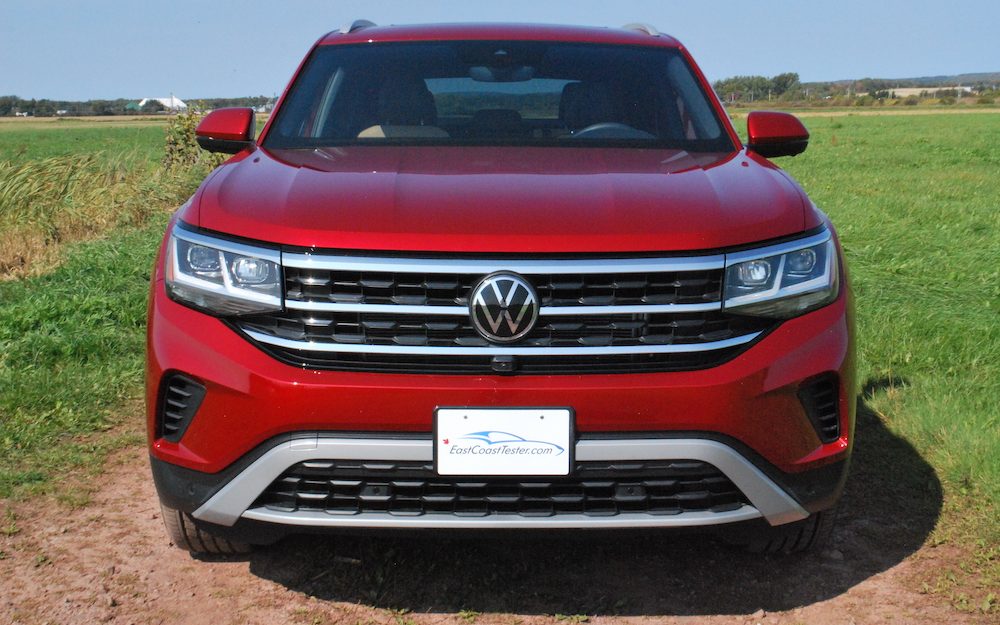 Volkswagen is joining the industry fray with its fastback-style variant of the Atlas, the Cross Sport, with slightly less cargo and human capacity

Taking a page from companies like BMW and Mercedes-Benz, who took a penknife and whittled a fastback-style roofline onto their all-wheel drive SUVs, Volkswagen introduced the Atlas Cross Sport this year as a more stylish foil to the upright Atlas SUV.

It should be noted that VW has played an Uno Reverse card with this model. Most manufacturers introduce the slinky so-called ‘coupe’ variant a year or two after the primary volume model goes on sale.

This time, the Atlas Cross Sport beat its upright equivalent to market by a full twelve months.

While the Atlas nameplate has been around for several years, a fully-redesigned model – sharing much with this 2020 Cross Sport – doesn’t show up until 2021.

If you’re thinking the slash-n-burn roofline on an Atlas Cross Sport cleaves some passenger and cargo capacity compared to the Atlas, give yourself a gold star.

Cross Sport is strictly a two-row, five passenger machine, with roughly 40 cubic feet of storage behind the back seat.

Atlas, meanwhile, has three rows of seating and over 55 cubes of space, putting an exclamation point on the old saw that there’s a price for fashion. 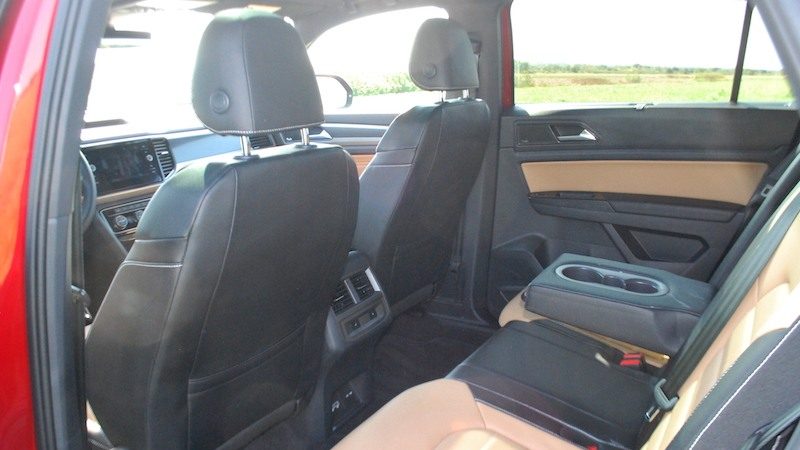 For Year 10 of PEI Burger Love, organizers wanted to bring a spirit of community and love of local to a wider variety of island food industries, not just beef producers. This change permitted burgers made with different types of local protein – chicken, for example – to make the menu.

Broadening the scope and loosening the reins supported many local farmers and producers and introduced Burger Love to an ever-widening circle of the population that doesn’t eat beef.

‘Coupe-style’ SUVs like the Atlas Cross Sport have arguably widened the customer base in this segment, too. 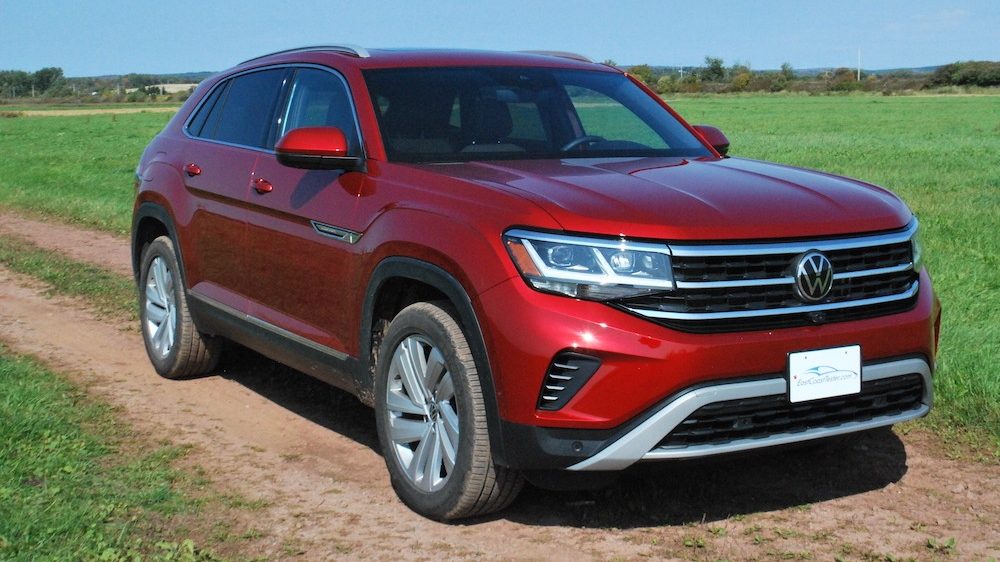 Your author would have no trouble naming multiple friends and family members who’d gladly trade a bit of utility so as not to be seen in a me-too squared-off SUV, many of which look similar and populate the school drop-off line like ants at a picnic.

Cross Sport is a new model at VW, doing a good job of attracting first-time buyers rather than cannibalizing sales of other Volkswagen products.

A choice of engines are available, with our top-of-range Execline tester equipped with the tasty 3.6L V6 making 276 horses.

Power delivery was smooth and linear, absent of the peaks and valleys that make themselves known on so many small-displacement turbo engines.

The 4MOTION all-wheel drive system has different settings for a variety of driving surfaces, none of which were needed on the Friendly Island. The eight-speed automatic invisibly goes about its business like a dutiful butler.

Also tasty? Jack And The Beefstalk burger at O’Shea’s Pub & Eatery in Kinkora, located just a few skips from the Confederation Bridge.

Topped high with a patty made of island beef, lattice fries made from locally sourced potatoes, and – yes – a mozzarella stick, this towering tribute to my expanding waistline was just one of 40 burgers during this year’s event listed as a ‘Give Back” burger.

These platters donated a portion of their purchase price to Anderson House, a local emergency shelter for women and children. Last year, the effort raised over $86,000 for the organization. 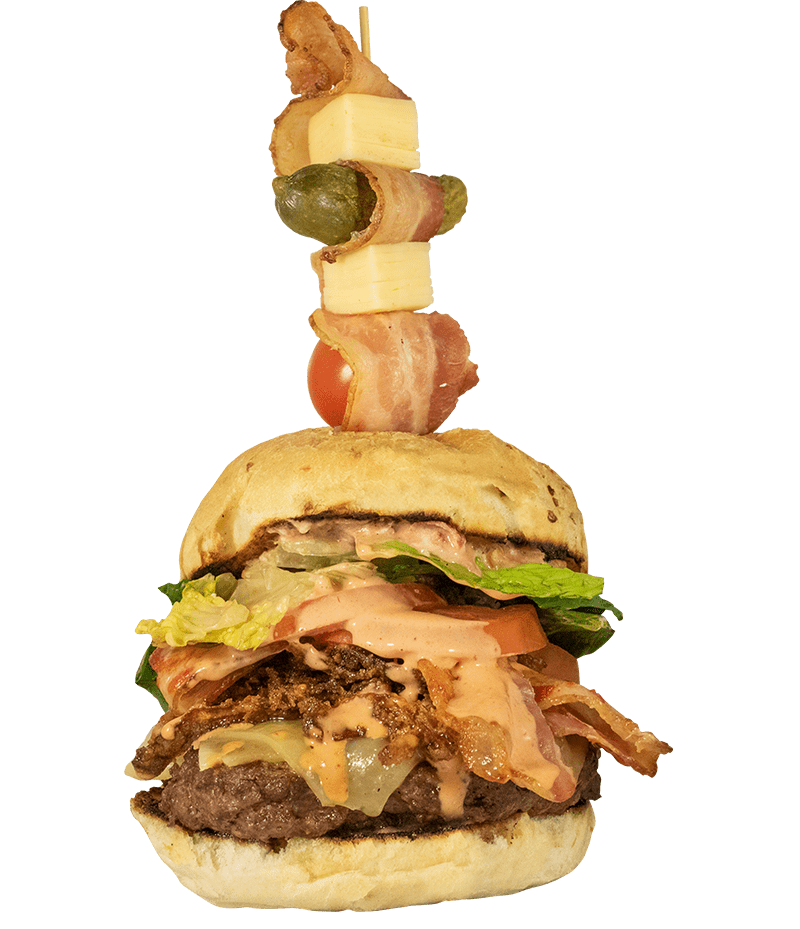 Not all burgers are completely satisfying, of course.

Pressing the Atlas Cross Sport into duty for retrieving renovation supplies revealed this car has no levers in the trunk area for flipping and folding the rear seat backs. This requires either a trip back around the side to reach in through the back doors to fold the seats or, if you’re long of limb, a stretch to the button release units on the seat backs themselves.

It’s a silly omission in an otherwise well-thought out car.

No such complaints can be hurled at the Cross Sport’s interior, laden with materials and technologies that line up well with its $54,495 price tag.

The excellent Digital Cockpit instrument cluster can display an array of information including a map very nearly the size of the one hung on your author’s third grade classroom wall.

The standard 12-speaker Fender audio system was a treat to the ears. 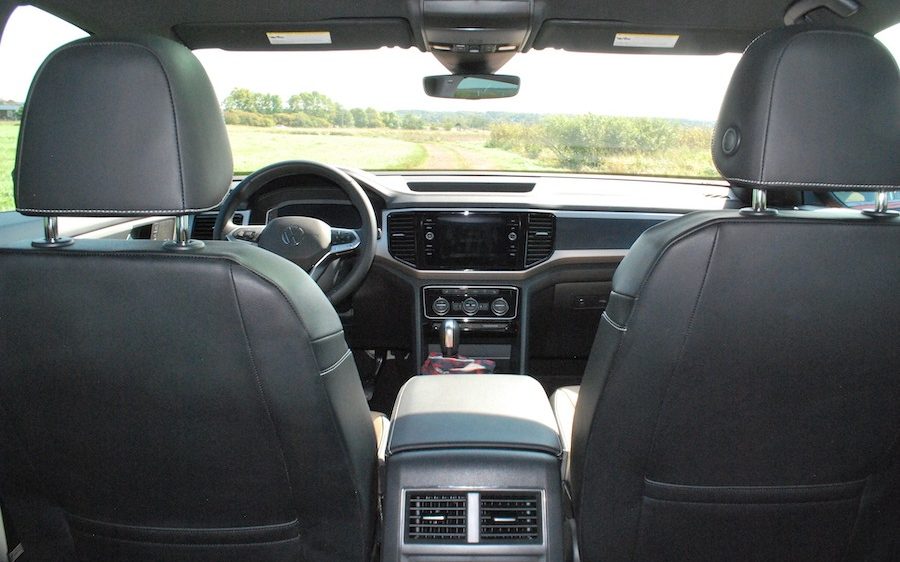 Interior space was abundant, particularly in the second row, where the Cross Sport has an extra three inches of legroom compared to the three-row 2021 Atlas, suggesting that shoppers who don’t absolutely need the extra seating should look in this vehicle’s direction.

If Cross Sport feels wide, that’s because it is – it’s only three inches narrower than a new Chevy Tahoe.

Something that’s most definitely not narrower?

Our waistlines after sampling some of the best burgers PEI has to offer. The crew behind Burger Love will be back again next year, signing up restaurants eager to show off their talents and those of local farmers.