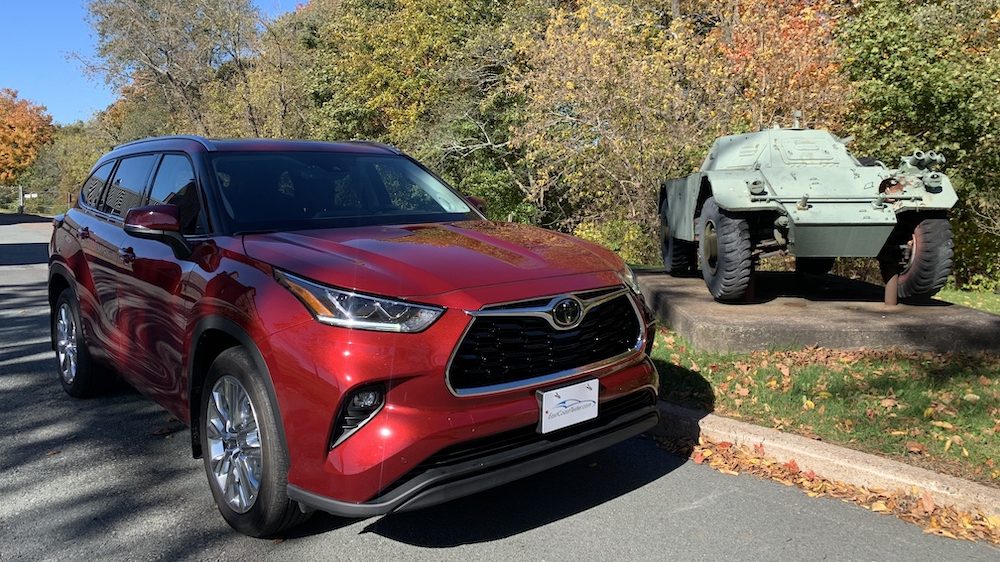 How many Nova Scotia Highlanders can you fit in a 2020 Toyota Highlander?

Your author’s initial plan with the 2020 Toyota Highlander was to see how many Nova Scotia Highlanders, a primary reserve infantry unit of the Canadian Armed Forces, could fit in the three-row SUV. Alas, the New Normal of gathering restrictions and social distancing quickly put that idea to rest.

With a Scottish heritage running miles deep and enough tradition to make even a bag of Werther’s Originals seem modern, Nova Scotia isn’t in want for Highlander references.

The annual Highland Games have been active since 1863 and only cancelled twice – this year and once during World War I. Cape Breton lays claim to its own set of Highland mountains, while golf courses and resorts alike use the name with abandon.

By and large, we tend to have a better menu selection than even Scotland (canned haggis is notably absent in most Nova Scotian supermarkets, though).

One other piece making up this complete Highland set? The Nova Scotia Highlanders, a primary reserve light infantry unit of the Canadian Armed Forces. 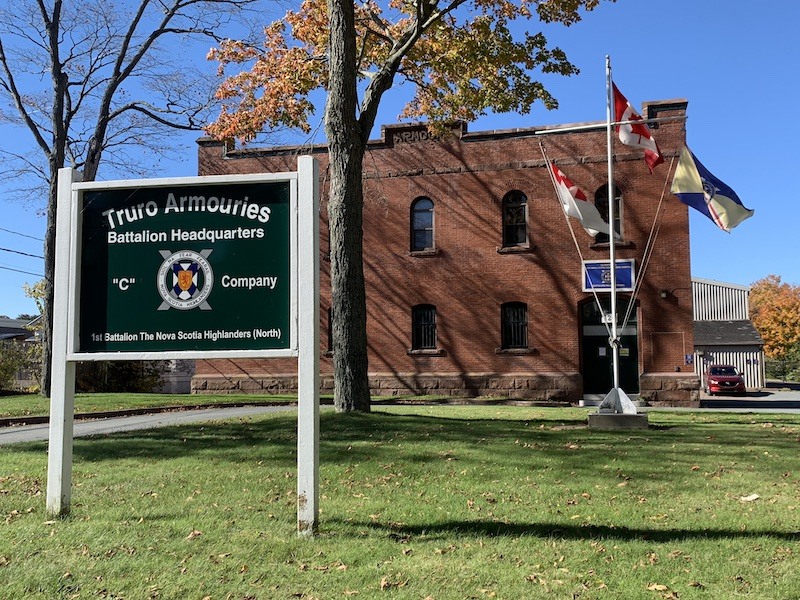 No shortage of Nova Scotia references to the word ‘Highland’, including an infantry unit of the CAF

Based in Truro, with Companies in Springhill and Pictou, the Regiment traces its history to 1871 and has carried on the tradition of citizen-soldiering through two World Wars and numerous expeditionary and domestic operations.

Today, the Highlanders are a well-equipped and well-trained component of the Reserve Force, contributing to light infantry capability of the Canadian Armed Forces.

All this made the task of finding a place near which to snap images of this all-wheel drive Toyota quite easy.

Our initial plan was to see how many Highlanders could fit in the three-row Highlander but that idea was quickly and understandably scuppered by gathering and distance restrictions in what is becoming the New Normal. We’ll have to settle for some images of this Ruby Flare Pearl SUV outside the Highlander headquarters. 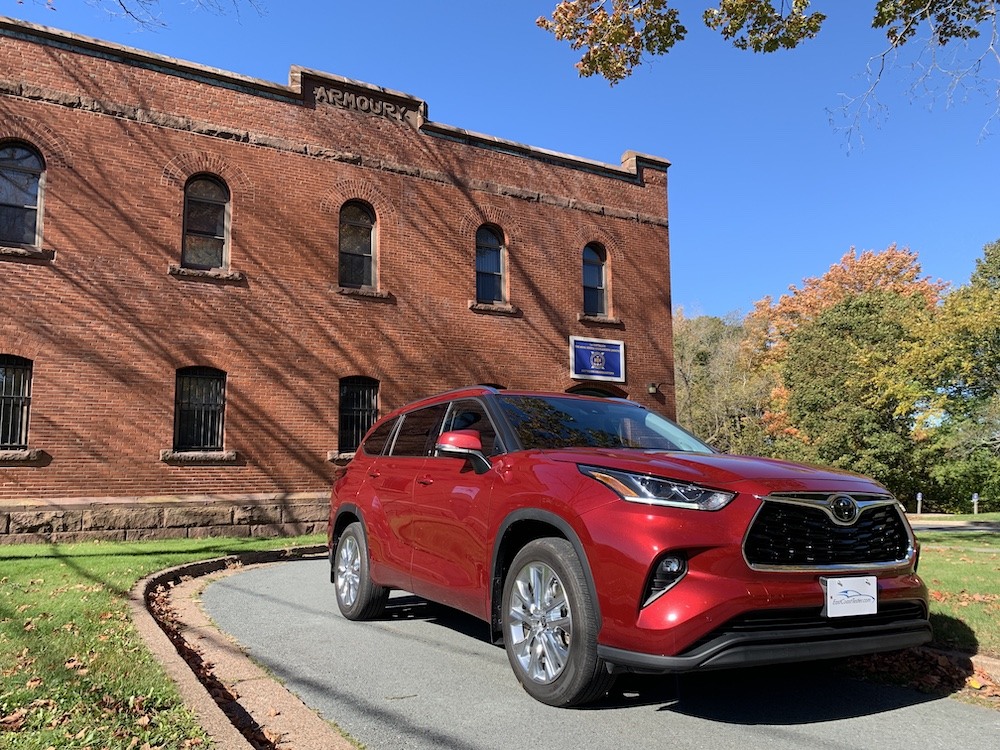 Powered by a 3.5-litre V6 making 295 horsepower, this three-row Highlander now rides on the scalable Toyota New Global Architecture platform, a foundation shared with other models in the brand that can be right-sized for a particular application.

Here, it is stretched to almost 195 inches in length, just over two inches longer than last year’s model. All of that extra length is allocated to the cargo area, a space which can now swallow 16.0 cubic feet of stuff behind the third row and probably five or six military Highlanders had we been able to follow through with our original plans. 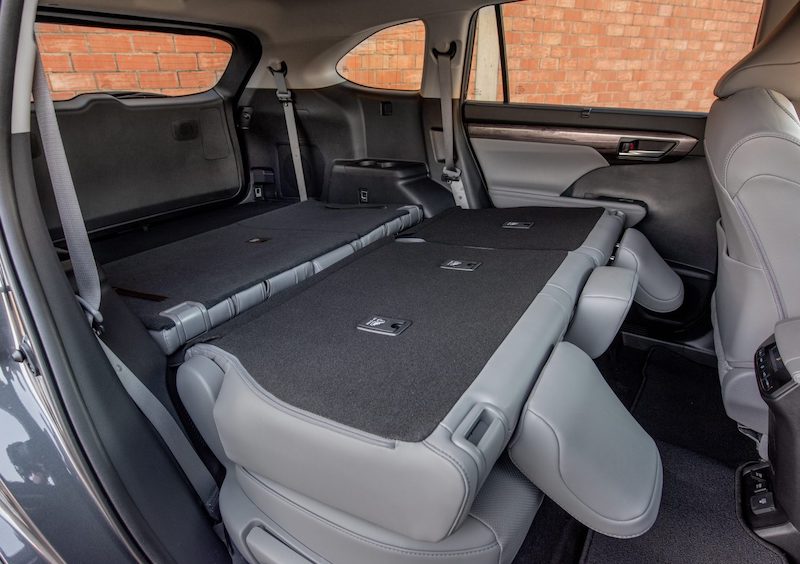 In fact, Highlander’s new dimensions permit 48.4 cubes of room when the third row is folded away, as it surely will be during the vast majority of daily drives. 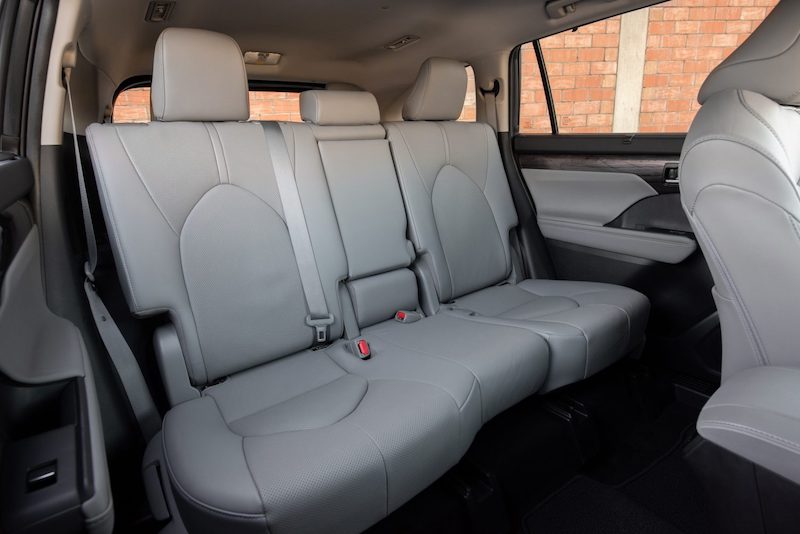 The area’s side surfaces and pockets are shaped for maximum space usage and, helpfully, that second row of seats now slides an extra 1.2 inches further forward to increase distance between the second and third rows or for just a little bit more cargo room.

Our Highlander’s new shifter is a welcome change.

Details matter, as anyone in the Highlander regiment will tell you. For years, Toyota steadfastly and stubbornly stuck with a zig-zag gate-style pattern for its automatic transmission selectors instead of an in-line straighter than our patriotic Highlanders when assembling for company inspection.

The old pattern put hard stops between each gear, making it theoretically safer against accidentally bumping the lever to an incorrect selection but also providing an infuriating foil to executing a smooth three-point turn or simply making a quick shift to park when one arrives home and needs to pee.

The rest of the interior is typical Toyota, which is to say well thought out and assembled with good materials. Gauges are the size of serving platters with AARP-approved fonts and a pair of nifty slim cubbies occupy space in the dashboard that would otherwise be wasted.

One even has a small trapdoor through which users can drop a charging cable to adjacent USB ports and charge their devices. The only way that particular space could get more useful is if it incorporated a wireless phone charger, a feature which is provided just elsewhere in the car.

Its infotainment system is in desperate need of a software reskin, particularly its backup camera whose video feed appears to be supplied by a russet potato. At least its outdated graphics are quick to respond, so flicking back and forth between Baby Shark and the grim news being read by CBC Radio is easy. 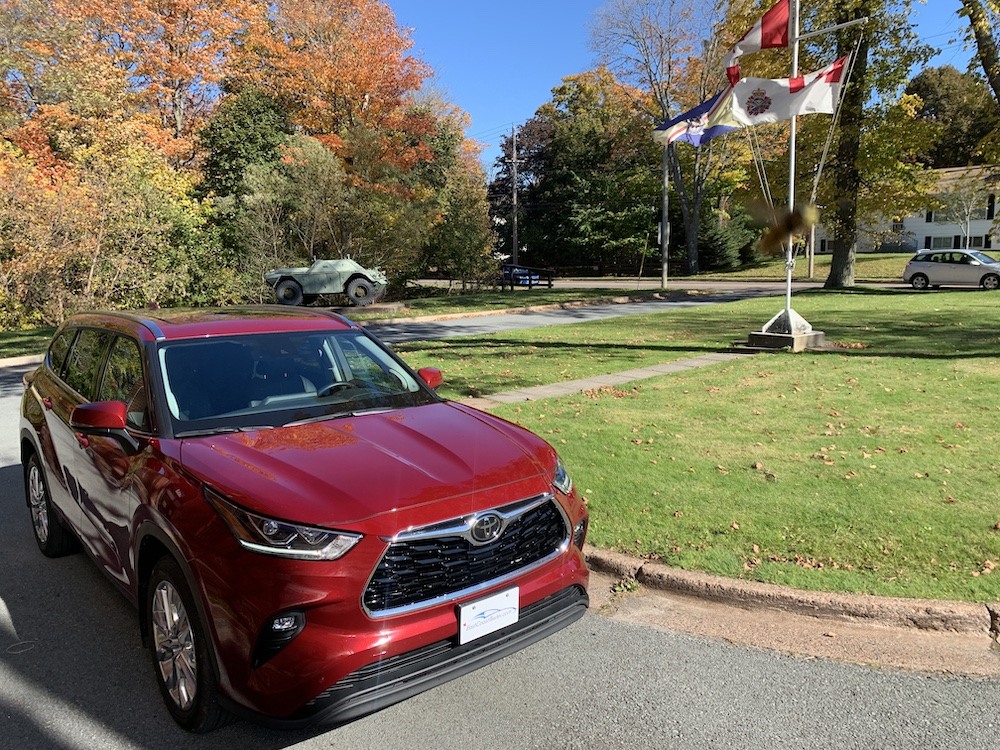 This top-rung Limited trim featured Driver Easy Speak, permitting the pilot to more easily pipe their voice rearward in an attempt to deescalate factions in the third row warring over the last Quaker Chewy Dipps bar.

Speaking of, a number of Army Reserve units – including our intrepid Highlanders – have been assigned specific Mission Tasks by top brass. Members within these units are trained in these specific capabilities and ready to be fully integrated, as a formed entity, into the Regular Force units that they reinforce.

Direct Fire Support is the responsibility of the Highlanders, forming a platoon of 39 members trained in the employment of various infantry heavy weapon systems to provide tactical direct fire support to a manoeuvring battle group. Strong (and brave) stuff.

As for the Toyota Highlander, it brings a few strengths of its own to the table. It is rated to tow 5000 pounds – 2269 kilograms – (or 3500 pounds – 1587 kg – when equipped with the optional hybrid drivetrain), a realistic sum given an ample payload rating that will permit a heavy tongue weight and a cadre of humans plus their gear.

The 2020 Toyota Highlander is an SUV that combines ample interior space with a pleasant ride and obvious care in its level of assembly. As a bonus, it’s also likely to retain its value quite nicely.

We’ll ring up the Nova Scotia Highlanders again in 2021. Watch this space. 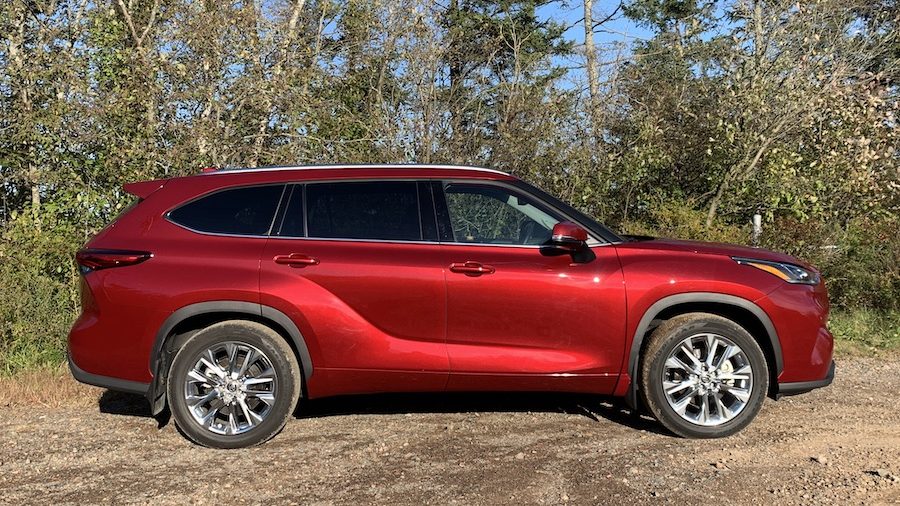 *More on the 2020 Toyota Highlander here.