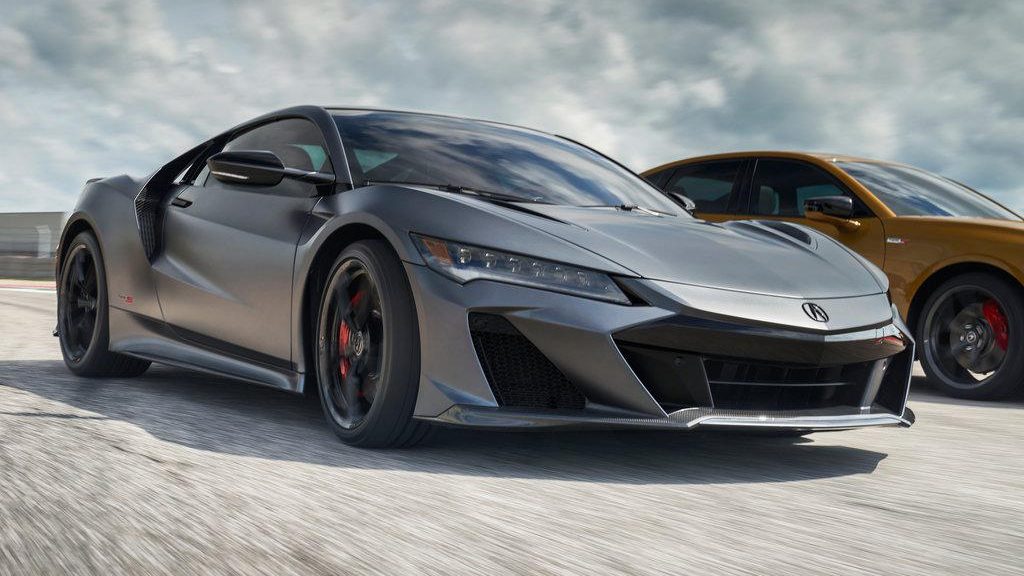 Each model year, automakers close the books on some of their older and/or less popular models to make room for fresh replacements. Herewith are several retirees that will no longer be with us for 2023.

Honda’s premium division introduced the Civic-based sedan for 2013 and gave it a significant updating for 2016, including a fresh face, an upgraded suspension and a new four-cylinder engine/eight-speed automatic transmission combo. For 2023 the Acura Integra, a name resurrected from the past, replaces the ILX and is similarly based on the current Civic sedan.

The all-wheel-drive hybrid supercar had amazing looks and for a relatively affordable price, delivered scintillating performance. The NSX was fitted with a twin-turbocharged V-6 positioned amidships plus three electric motors that collectively summoned up to 600 horsepower. Rumour has it a battery-electric replacement might be introduced at some future date. Let’s hope.

The stubby little South Korea-originating utility vehicle arrived for 2013. Other than a bump in horsepower to 155 from 137 for 2016, it received little in the way of change during its 10 model-year run. The slightly larger and stronger-running Encore GX, which joined the lineup for 2020, remains in play.

Closely related Encore, but not quite as old, the Trax was Chevy’s smallest utility vehicle from the 2015 model year until the tinier Trailblazer arrived for 2021. However, fear not Trax fans, Chevrolet will reintroduce a redesigned second-generation version for 2024, but minus the all-wheel-drive option.

Another made-in-Korea General Motors model, the sub-compact Spark served as an inexpensive fuel-stretching city scooter. The standard 98-horsepower four-cylinder engine combined with a five-speed manual transmission (a continuously variable transmission was optional) actually made the Spark fun to drive.

The sub-compact utility vehicle first arrived from the automaker’s factory in India for the 2018 model year and offered a turbocharged three-cylinder and non-turbo four-cylinder engines. The roomy interior was offset by a weighty side-hinged cargo door that was awkward to open and shuts in tight spots, especially when parked on an incline.

The Insight’s Civic-based hybrid system was rated at 4.9 l/100 km in combined city/highway driving, making it one of the most fuel-efficient sedans in its class. For 2023 Honda is rebranding the Insight as the Civic Hybrid, which is what it should have been called in the first place.

One of the sharpest-looking coupes on the road was also one of the quickest in its class. The Q60’s twin-turbocharged V-6 produced up to 400 horsepower. All-wheel drive was also on the menu as standard equipment. It’s never easy to say so long to such a sweet ride.

The least expensive sedan and hatchback in the automaker’s lineup are no more. The A-Class models were equipped with a turbocharged four-cylinder with 188 horsepower in base models and a healthier 302 ponies in AMG trim. All-wheel-drive was standard with both editions. The A-Class’s departure means the CLA-Class four-door Coupe is now the least-expensive Mercedes-Benz you can buy.

As the Camry’s larger sibling, the entry-luxury sedan was never a big seller. For about the same money, it seemed Toyota buyers preferred either fully loaded Camrys, or else they gravitated to the similar-sized Lexus ES. For 2023, Toyota is replacing the Avalon with the new Crown hybrid sedan offering both front- and all-wheel-drive versions, rated at 236 and 340 horsepower, respectively.

The longstanding midsize models bid farewell, falling victim to lagging interest in both body styles in general and VW variants, in particular. Such a shame, too, since each one offered a comfortable ride combined with a turbocharged four-cylinder engines that produced 174 horsepower in the Passat and more abundant 300 horsepower in the Arteon. Going forward, Volkswagen’s focus (as is the case with most automakers) will be the development of a broad range of battery-electric models.