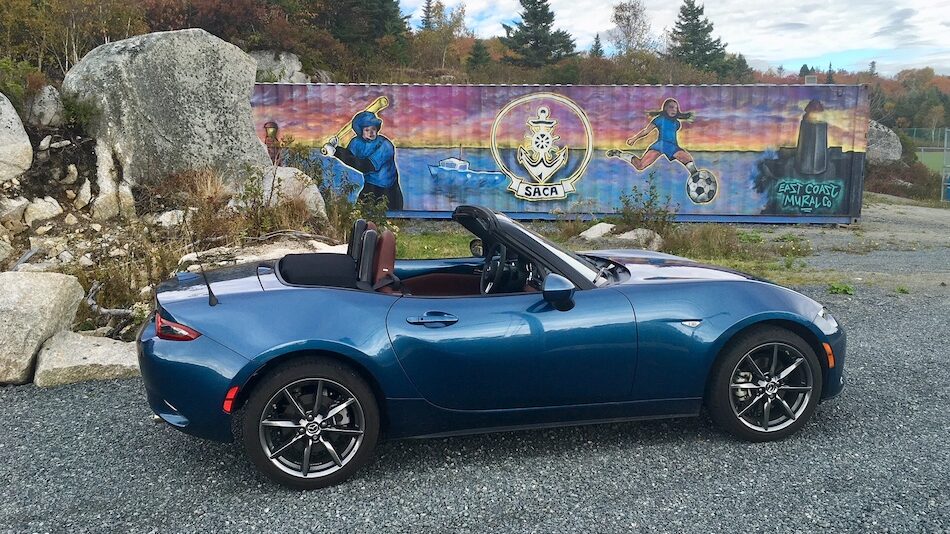 Cars and Romance: How a Mazda MX-5 helped me find my wife 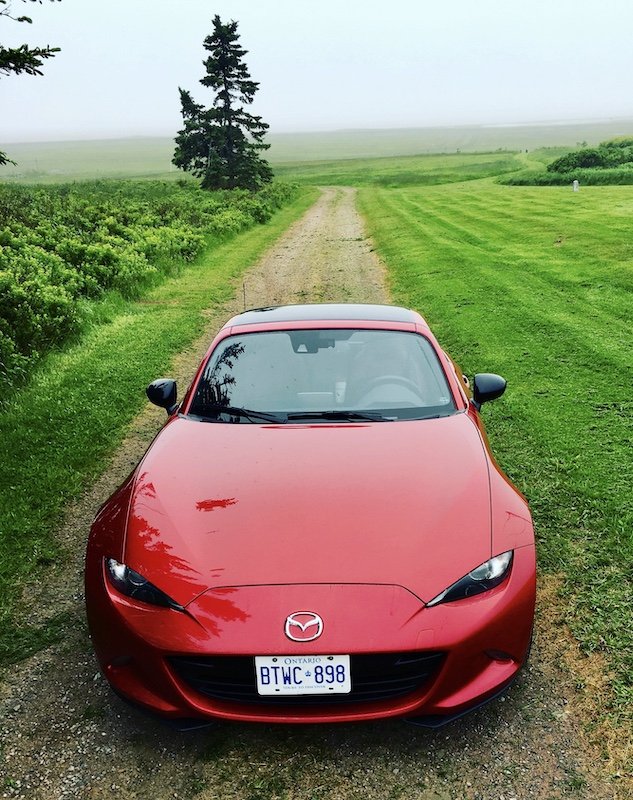 I’ve enjoyed previous versions of the roadster which was so satisfying and fun to drive that I found myself texting friends to ask if they needed a drive anywhere. I would purposely take the long way everywhere I went, usually with a big grin on my face, which I imagine looked a bit ridiculous, a smiley-faced driver driving a smiley-faced car.

The hard top version of the MX-5 was just as surefooted and nimble, though not particularly quick, but it didn’t have to be.

Many people have yearned for it to be so with the MX-5. Well, the current generation has given to us what many people thought was forever lacking in the MX-5: more power!

Don’t be foolish. Get the manual.

A six-speed manual is still available as is an automatic, but don’t be foolish. Get the manual. It is simply among the best manual transmissions currently in the business, which I suppose isn’t saying much these days since manual transmission options are about as plentiful as the red-crested tree rat species (look them up, they’re pretty cute, though near extinction unfortunately).

The end result is a car with a noticeable increase in oomph, though that power is largely felt at higher RPMs. 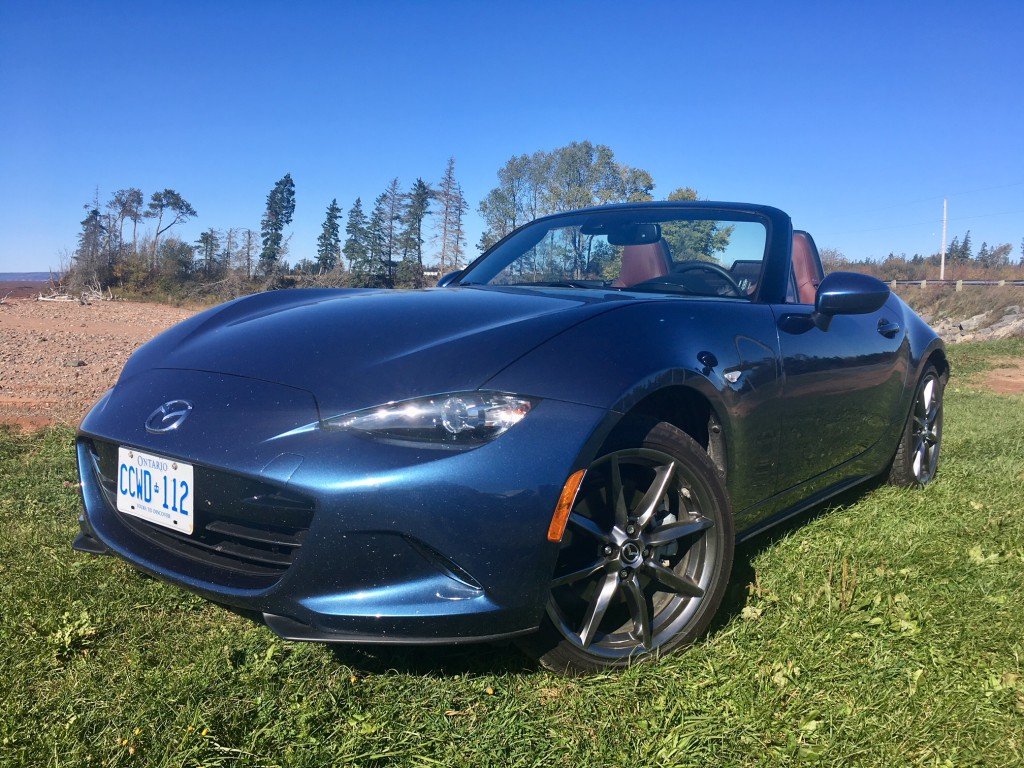 If you drive the MX-5 around town normally, the added power won’t be as apparent. It’s not an improvement that will turn the MX-5 into a drag race superstar (not the Ru Paul kind of drag race), but it gives more leeway to those of us who experience bursts of testosterone behind the wheel every now and then.

Considering how light this little roadster is in the first place, power is certainly on tap when you need it.

Could the MX-5 use more power? I certainly wouldn’t say no. But the MX-5 now feels as if it has enough.

Back to my original point: the MX-5 evokes an emotional response.

When I drove the 2016 model year, I was invited by some friends to join them at Point Pleasant Park in Halifax for a car meet. I almost didn’t go. I was exhausted and didn’t much feel like playing the car meet staring game with the Honda fan boys, BMW fan boys and muscle car baby boomers having mid-life crises.

When I arrived, I parked it amongst the BMWs. Immediately everyone from every camp came over to take a closer look. Normally I would keep a close eye on a press vehicle, but my attention was elsewhere.

It was focused on a girl I had just met. We clicked instantly.

If you ever find a machine that can conjure as much passion and emotion as the MX-5 does for me, then go buy it. Life is too short.

She was a friend of the guy who invited me and she was drawn to the little roadster. It turned out the MX-5 was a good ice-breaker for both of us. We quickly agreed to go on date a week later. I took the MX-5. She took her Ford Fusion. I remember her wanting to race me for a short section of clear road. Naturally, I couldn’t resist; in more ways than one.

A year later, I had a 2017 model year MX-5 as my #eastcoasttester, though this time it was the RF model (hard top). By then, that girl had become my girlfriend.

And for the 2019 model year, that girl had become my fiancée. Our wedding date was scheduled for a year later.

While we certainly had a fantastic wedding car in the form of a Turbo Blue Audi TT-RS, both of us wished the MX-5 could have been there, again, for that special moment in our lives.

The MX-5 was there at the beginning of our relationship and like that relationship, it continues to grow and blossom into something remarkable.

The car holds a soft spot for both of us. In fact, it’s so meaningful to us, that my fiancée and I took the 2019 version for a late night drive, top down, in 10-degree weather so we could experience the nostalgia all over again. It even started to rain during our drive, but we didn’t care. We cranked the heat and kept the roof down anyway. We were, and continue to be, so happy. The experience made us feel all warm and comforted inside as if to say: this is perfect.

That is what a good car does. If you ever find a machine that can conjure as much passion and emotion as the MX-5 does for me, then screw your savings. Go buy it. Life is too short.

As for the MX-5, I’ll one day put my money where my mouth is and have one of my own, I’m sure.