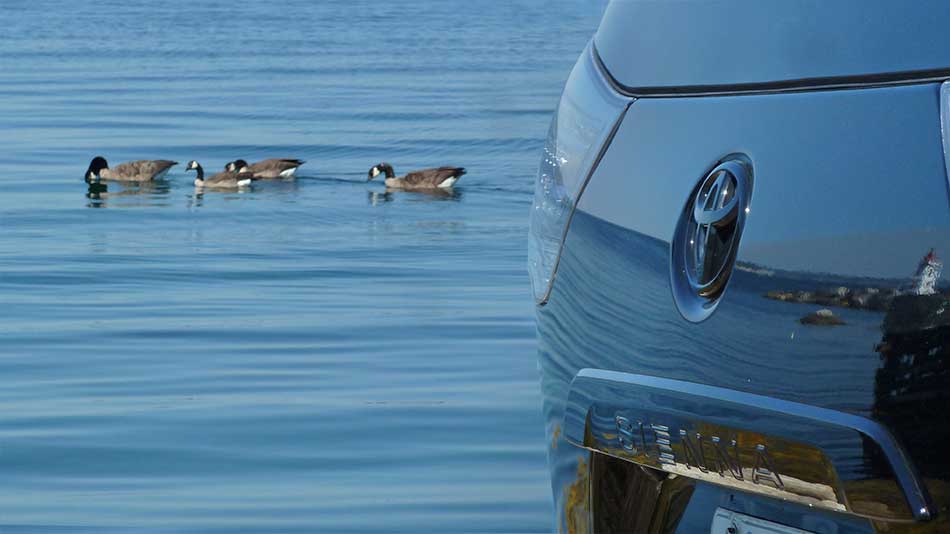 1984 was an interesting year. The Apple Macintosh first came out, the Chrysler Magic Wagon minivan hit the market, I got married and we bought our first house.

Fast forward four years to 1988. I decided to get my first Apple Macintosh, we bought another house and, due to a recent new arrival (first of three), we got our first minivan, a 1988 five-seater Plymouth Voyager.

This was the beginning of 20 uninterrupted years of minivan ownership.

This first minivan took us, and eventually three kids throughout Ontario, vacations to New Brunswick and Nova Scotia. It finally took up residence in Fredericton, New Brunswick.

As the kids got older, we realized that a five-seater wouldn’t carry a load of three kids, just as many friends, and camping gear very far. Decision time. We ended up getting a seven-seater van about eight years into our first van, but decided to keep both vans.

Now there was tons of space for pretty much any house project or scout troop.

For the next dozen years, we kept a minivan in our driveway. It transported me, six Venture Scouts and all their climbing gear to Mount Washington in New Hampshire in February.

It took two fathers and two daughters and gear to Mount Katahdin in Maine. My daughter is still hooked on mountain climbing 15 years later.

It sashayed up to six giggling girls to many a highland dance competition and moved our eldest son to Ottawa for University co-op employment. More than once.

And it took an assortment of friends and their gear, including a canoe, many times any number of places for over two decades.

Life in a Minivan

Hard at work on the Plymouth Voyager minivan

Why am I bringing all this up? Well, after a hiatus of a dozen years, I reacquainted myself with a minivan – the 2020 Toyota Sienna.

What did I think? With all that welcome extra space, memories came flooding back.

It didn’t take long for a friend to ask me to pick up a few chairs for him. Word gets out fast!! It was a breeze.

The Sienna’s power rear gate and sliding back doors would have come in handy when we had three pre-schoolers!

The Sienna’s standard features were light-years ahead of what I had over the years. (Remember when you thought twice about getting air conditioning?)

The extra space made me think anew about what a minivan like the Toyota Sienna could mean to our lifestyle. Should we use the van as a camper this weekend? It wouldn’t blow away like the tent did that fateful weekend.

Taking yet another mini-staycation, the Sienna was perfect for even smaller Nova Scotia backroads, with enough clearance for the occasional scenic look-off that dot coastal Atlantic Canada. Our Peggy’s Cove to Prospect drive in the Sienna allowed us to pack whatever we needed without thought.

There’s no question that today’s Sienna tops all our previous minivans in features and comfort. Our first van had no air conditioning, no fold-up or third row seats, windup windows and AM-FM radio only.