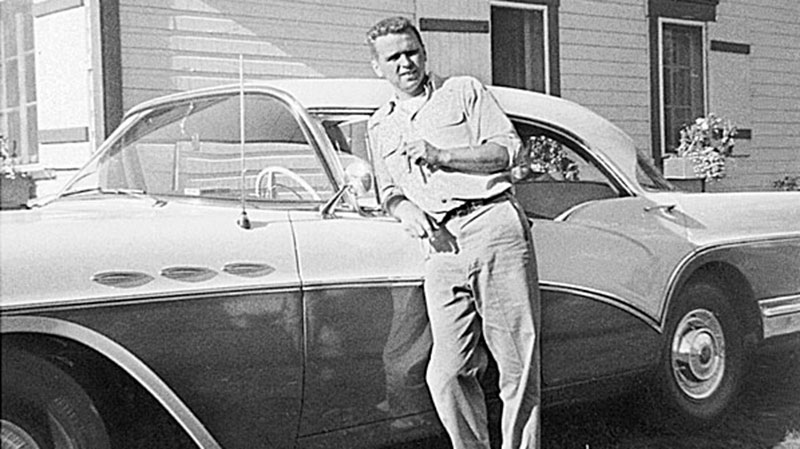 Father’s Day: Garry Sowerby thanks Dad for passing down his love of cars

Car fever, that obsessive crave for a new set of wheels, infiltrates everyday life with the pervasiveness and tenacity of a well-hacked computer virus.

It can strike anytime but most cases develop in the spring. Although I’ve never seen statistics, I suspect it affects more males than females, usually lasting a day or two. But the affliction has been known to go on for weeks and in some low-grade cases, for years.

Symptoms include insomnia, difficulty concentrating, communication lapses, bouts of euphoria and periods of procrastination with respect to family and vocational responsibilities. Although deemed a fever, there is usually no elevation of body temperature associated with the condition that can stretch relationships to their elastic limit. 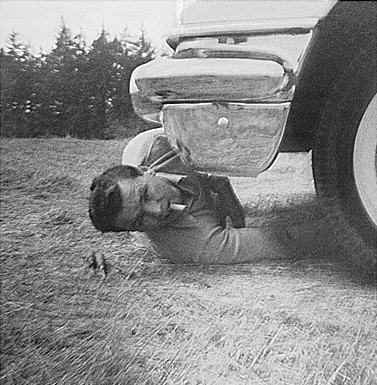 Car fever, that obsessive crave for a new set of wheels, infiltrates everyday life with the pervasiveness and tenacity of a well-hacked computer virus.

Early on, my father showed me many fine examples. In the late ’50s and ’60s, he went on annual buying rampages that put our family into a string of Buicks and Mercurys. Those Detroit beauties, along with the two trucks he used in his plate glass business, defined the landscape of our home. Lee Sowerby’s fleet was new, detailed and usually had the biggest engines available. His vehicular realm was a fertile breeding ground for car fever.

“Where’s Dad?” Larry or I would want to know when he was late for dinner.

“He’s down at Steeves Motors again.” Mum was resigned to being a single parent for the next few days while good old Dad was at the Pontiac-Buick-Cadillac dealership hammering out a deal.

In my nine-year-old mind’s eye, I could see him in a small room with two or three car salesmen slamming fists on the table over a hundred dollars. Big time stuff. Dad would, of course, stomp out and have to be coaxed back in. More slamming fists.

Symptoms include insomnia, difficulty concentrating, communication lapses, bouts of euphoria…
Finally, on the third night he would walk in with that familiar grin. Outside sat a cream 1958 Buick Special. We’d seen it many times in preceding weeks from the back seat of our 14-month-old ’57 Buick hardtop, cruising the Steeves Motors lot with Dad while our unsuspecting mother was home doing the dinner dishes.

Over the next 10 years, Dad went through a parade of Mercury Montereys and Park Lanes, even a suicide-door Thunderbird when I was a senior in high school. By then both Larry and I had begun a continuous cycle of vehicle purchases that has left both of us with stables of cars and trucks that are, by some standards, out of control.

My father’s haggling at the local car dealerships got us our first job, washing cars at the Lincoln Mercury shop. We would keep on top of the 75- to 100-unit lot for 25 cents a car, which we split. Not bad for a couple of 13-year-olds. Our after-school and weekend job was a good place to await delivery of a 1966 Mercury half-ton pick-up that Dad had ordered. The silver-grey beauty had a 220 horse, 352 cubic inch V8 engine, a three-in-the-tree column shifter and the optional full-length bodyside moulding.

My father’s immaculate fleet of Detroit beauties were the envy of the neighborhood.Dad came by his car fever naturally. I thought back to the early 1960s when his father, my grandfather, wanted to trade his pink 1959 Vauxhall Velox for a new car. A stroke had left him with a partially paralyzed right hand that rendered the Vauxhall’s column-mounted three-speed manual shifter problematic. Grampy was finally going to buy a car with an automatic transmission.

At the time, my father was driving a 1963 Mercury Custom Monterey. The peacock turquoise, 300-horsepower unit with a ‘breezeway’ rear window was road candy to my older brother Bruce, who had just gotten his driver’s license. Dad located an identically coloured ’63 Comet at the Mercury dealer and suggested Gramps buy that. My grandfather liked it, so Dad spent a week hammering out a deal for the Comet. 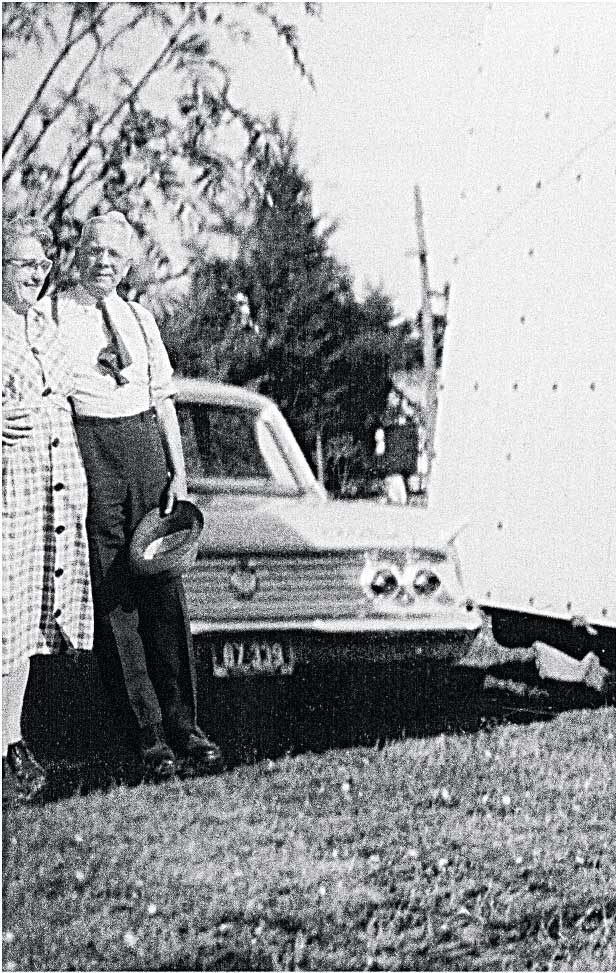 The Comet’s ‘Big 6’ powerplant had adequate performance but it never idled as smoothly as the Vauxhall’s engine. If Grampy placed a glass of water on the hood, there was too much surface turbulence for his liking. And so began a parade of visits to the Mercury dealership to rectify the rough idle.

“Poor car. Poorest car I ever had!” It drove Dad nuts.

Every time he saw my grandfather, those words found their way into the conversation. Grampy had gone deaf when he was 14 but even as a senior, he still remembered how to speak very clearly. His volume, however, was about twice what was required in most situations. When he was excited it got even louder, borderline yelling. Sometimes I’d be up in my bedroom drifting off to sleep and I’d hear it through the floorboards.

“Poor car. Poorest car I ever had!” I knew my Grandparents were visiting.

So there was at least one downside to car fever. Another would be when the ‘new wheels’ hoopla died down, I was haunted by a lingering emptiness without the old car Dad had traded in. After all, they were perfectly maintained cars that Larry and I had fussed over during their life in the Sowerby driveway. I learned to drive in them. I had my first dates in them. There was always the chance of seeing the new owner driving around with scraped whitewalls. I hated the idea of seeing it neglected, valve covers unwaxed.

I used to dream about what it would be like to keep all the cars you ever owned. The millstone of an ever-growing fleet would carry weight in the decision to purchase a new car. The added baggage of insurance, maintenance, licence and storage would have to be considered. I figured that after a few cars the concept would abate my fever for new wheels.

I started about 30 years ago and now have 12 cars and trucks. That’s 48 tires to replace, twelve dipsticks to check, a fleet insurance policy and a storage facility where I can hide and nerd out to my heart’s content. The change-up of driving a different one every few weeks keeps my car fever in check.

Brother Larry has not fared so well, however. With only five in his fleet and no ‘can’t sell the old one’ rule, he drives his wife, family and me batty at times. One day he drops by in a Porsche 911. He waxes on about how he could fall in love with it and keep it forever. A week later he’s back showing me a new Suburban, then an eight-year-old BMW 750. He ended up with a speedboat then bought a new Chevy Silverado to tow it around. In my opinion, he is in a constant state of car fever.

For me, when the fever hits, I ride it out for a few days. Dream the dreams, toss and turn, bore the family till I get down to the compound and check out my fleet.