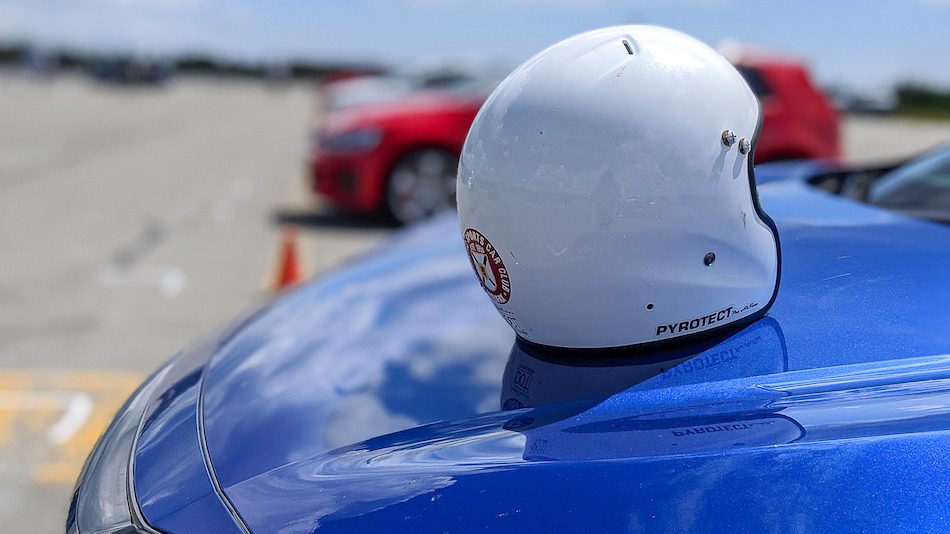 Back in the Saddle: The Restart of Local Motorsport

Had you asked me in the neverending doldrums that were April and May, I’d have said there was no chance of entering any local motorsports events this year.

But here I am, at the start of August, standing on a massive expanse of runway watching the heat distort the orange cones in the distance. While wearing a mask and trying to figure out which one of my friends is which behind their own coverings.

It’s not a track day, but for a lot of people, it’s the next best thing. 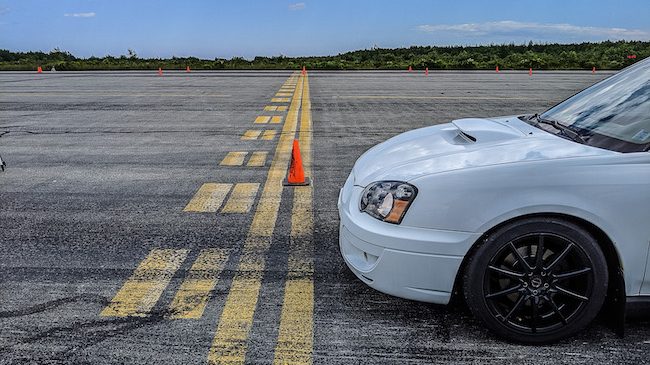 And a lot cheaper and easier on your car.

It’s an autocross, a timed event where your track is a twisty winding around cones on a runway or parking lot. Where skill and responsiveness are more important than guts and outright speed because a mistake means the scuff of a pylon on your paint or some grass in the bumper rather than a trip home on the back of a tow truck.

Baking in the hot sun on the closed Shearwater base runway while the tar sticks to my shoes is exactly my ideal way to spend a Saturday.

Autocross gives you opportunity to experience your car’s limits

The tight turns of an autocross course is a great way to find the limits of your car. Your car can stop and turn with far more force and authority than you likely ever thought possible, which brings to mind a number in an article I read years back about collision avoidance.

Most people, the article said, would drive straight into an obstacle rather than make a turn harder than 0.3g to avoid it. Since even a large SUV or pickup can corner with more than 0.7-times the force of gravity these days, knowing where the limits of a vehicle are can have real-world live-saving results.

Of course, that’s not why anyone is here. We’re all here to go as quickly as possible, in cars ranging from a Honda Fit to purpose-built racecars.

It’s also a great motorsports event if you’re trying to maintain physical distancing. Other than a few moments at the driver’s meeting, staying 60-feet away from anyone else is easy. Though it makes for a lot of yelling. Drivers are in their cars, workers are separated by expanses of pavement, and everyone knows not to huddle. 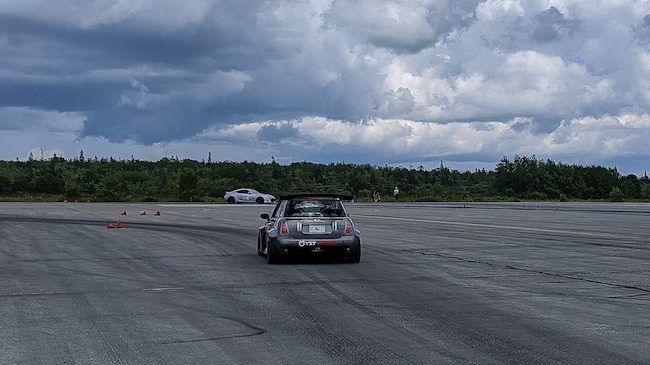 Sitting behind a steering wheel, helmet buckled, and waiting for a green flag to wave, this is the first time I’ve been here in nearly two years. So there’s a bit of rust to brush off.

I’m not behind the wheel of some wide-tired performance machine, no, I’m behind the wheel of a Honda Civic. And as I’ll be quickly reminded in the first corner, I’ve left my dog’s car harness attached to the back seats, and there seems to be a squeaky toy bouncing around somewhere under the passenger seat.

It doesn’t matter, because all I’m worried about is what’s 5-10 course-marking cones ahead.

If you’re looking at the next one, you’ve already hit it and missed the one after. Snaps left and right rather than the smoothness of a racetrack and quick and violent stabs of the brakes. As little as possible.

While Hondas have grown over the years, the Civic’s independent rear suspension still lets it flick almost as nimbly as its smaller predecessors. And the turbo gives it more torque than those of the 1990s would have ever dreamt possible.

49 seconds from dropping the clutch, my run is done. It’s not a long race, but that makes hitting each point so critical. More importantly, if you’ll pardon the cliché, for those 49 seconds or less, I’m free.

The only thing there’s room for in your mind is driving. As fast as you can. The rest of the world doesn’t matter, it’s just you, cones, and making sure that a course worker isn’t throwing a flag.

I get four tries around the course, and while I take two more seconds off of the time, it doesn’t really matter – though I’ll admit that being faster than some much more impressive but hard to drive hardware is a nice ego massage – what matters is getting out there.

Then making excuses for why you didn’t go faster. 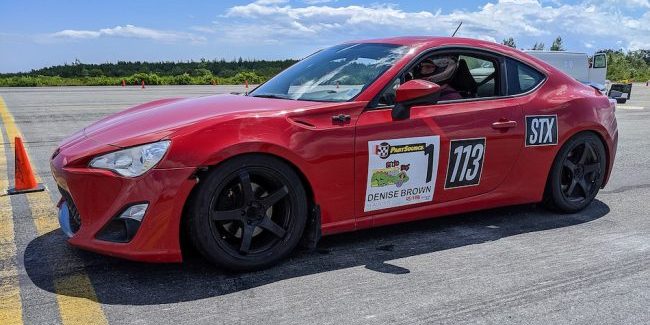