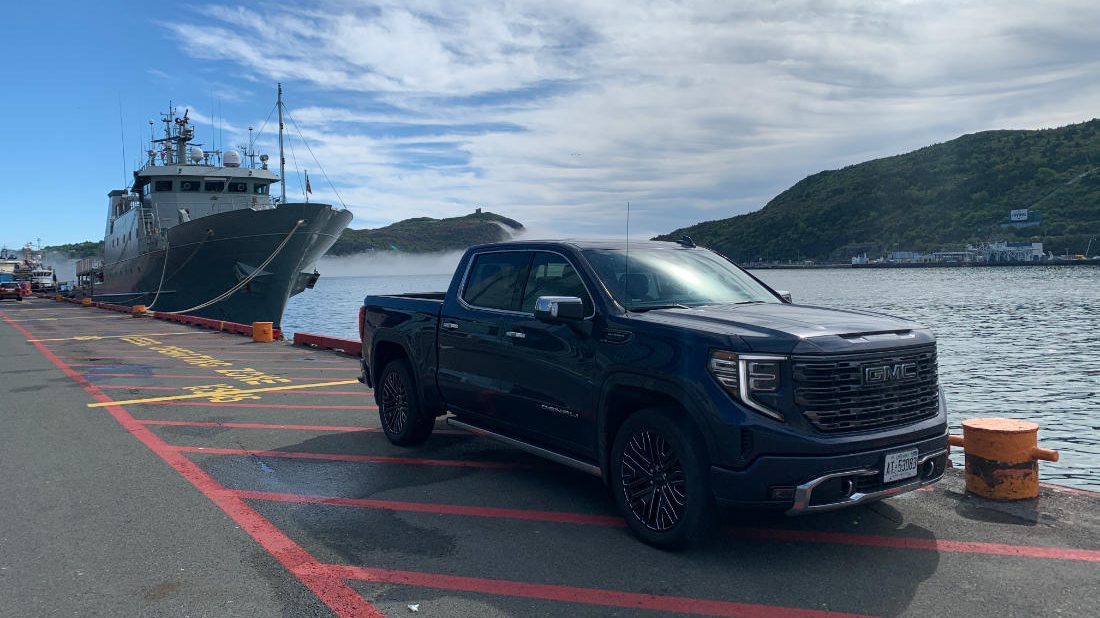 2022 GMC Sierra Denali Ultimate does Newfoundland on a single tank

Here’s a fun fact for your next pub quiz.

The island of Newfoundland – the fourth largest isle in Canada and sixteenth in the world – is so vast that the sun rises twenty minutes earlier on its eastern edge than it does on its western fringe. A total of 839 kilometres separates the rocky outcroppings of Cape St. George and Cape Spear, a route which includes more twists and turns than a Stephen King novel. 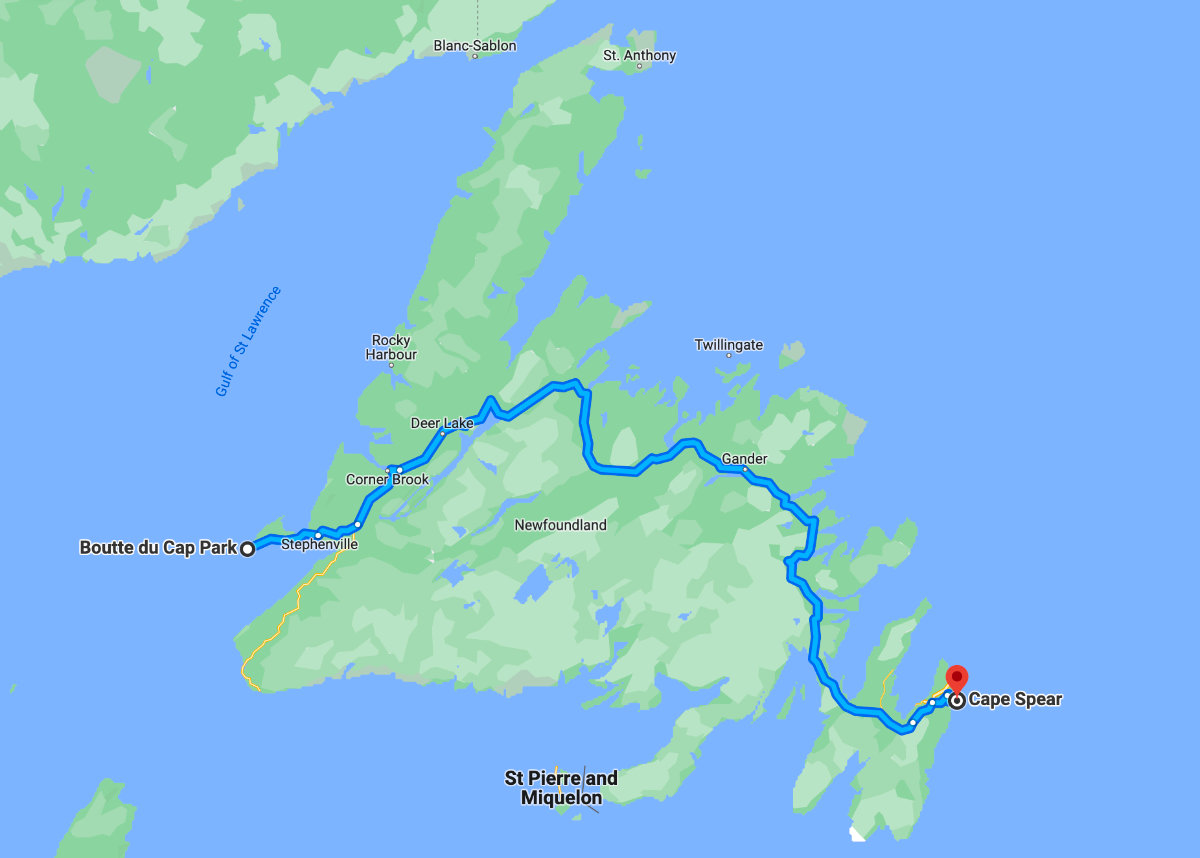 Locals joke the original surveyor for the Trans-Canada Highway was thirsty, so he followed a meandering cow all the way across the island to St. John’s, thus explaining the tangled ribbon of tarmac which serves as the sole road spanning the province.

That anecdote has more truth to it than you might expect, by the way.

But we weren’t there to drink milk or follow cows. Our task was to determine if the long-legged 3.0L Duramax diesel engine could power a 2022 GMC Sierra 1500 Denali Ultimate across the island of Newfoundland without making a pit stop – for humans or the vehicle. 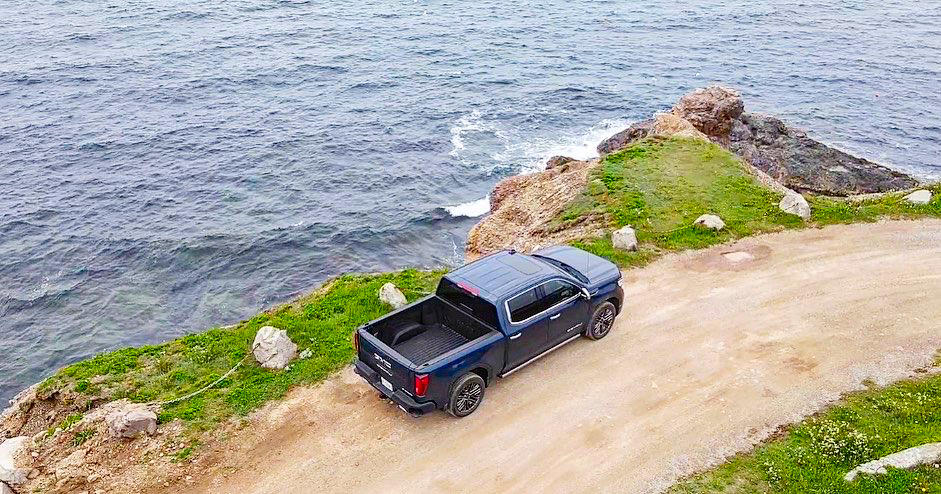 Good for 277 horsepower and 460 lb.-ft of torque, GM’s straight-six diesel is a smooth engine with deep wells of power when called upon to dispatch with a left-lane lounger or climb a long stretch of hill on two-lane highway. There’s plenty of the latter in Newfoundland, since the TCH turns into a four-lane freeway for just the last few dozen kilometres near its capital city.

Setting out from Boutte du Cap, a small park on the edge of Newfoundland’s Port-au-Port peninsula, revealed the unique mix of scenery found only in this part of the world.

Tall cliffs drop off to the Gulf of St. Lawrence, serving as a backdrop to colourful houses and some lush fields. It’s the latter which is a distinctive characteristic of the island’s west coast, one of the few places on this isle where farmers once outnumbered fishers. 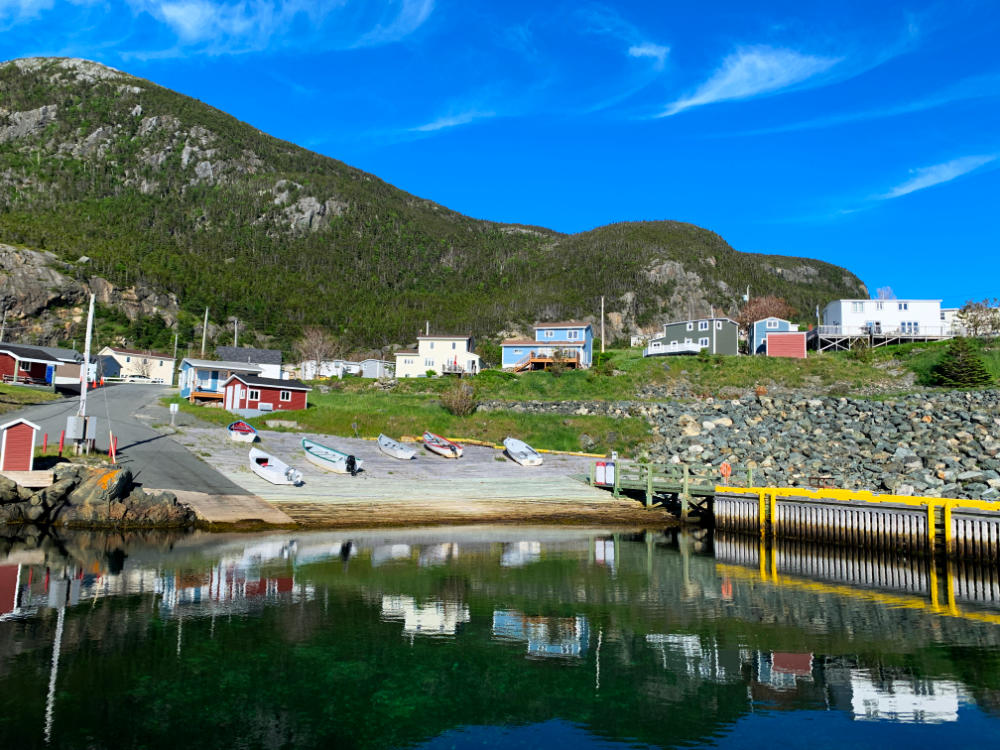 It’s a near hour jaunt over rural roads from our starting point to the Trans-Canada Highway, the route on which we’d be spending the bulk of this drive.

GMC has completely overhauled its interior for most of the Sierra line and the Denali Ultimate shows off these changes in fine style.

Denali Ultimate is a new trim for the 2022 model year and, as you’d expect, it takes everything fans of the brand like about the Denali sub-brand and launches it to the next level. 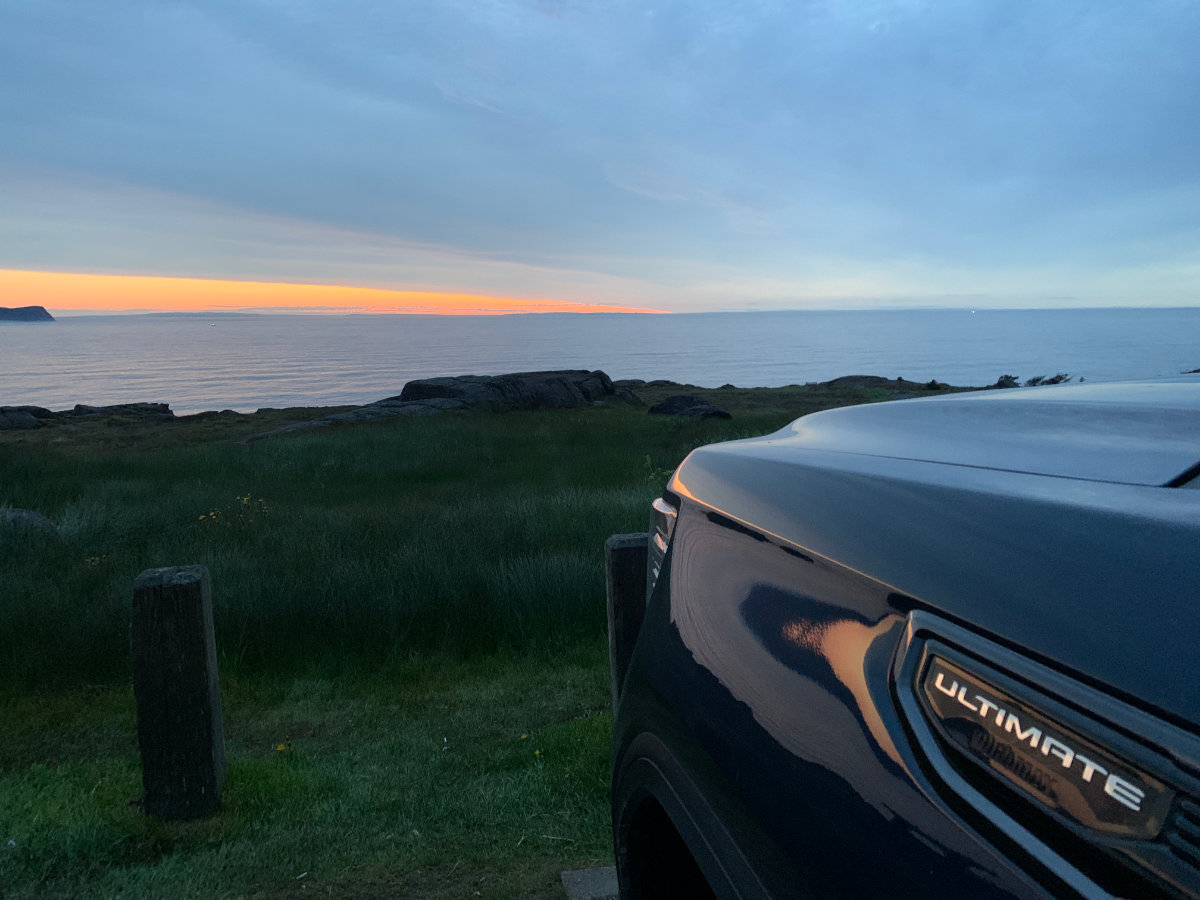 A unique Alpine Umber interior builds on the already luxurious Denali cabin with full-grain leather appointments and open-pore wood trim. There’s a distinctive colour blend and graining to the latter, adding an attention to detail not generally found in a pickup truck.

Embossments in the style of an explorer’s relief map appear around the cabin, along with co-ordinates for the actual Mount Denali and a smattering of bright trim pieces. That leather on the massaging front seats is as buttery as it looks and the stitchwork is outstanding.

An all-new 12-speaker Bose-branded audio system kept us entertained on this near 900-kilometre haul, offering up the likes of wireless Apple CarPlay and built-in wi-fi. Combined with wireless charging, the need to tether one’s smart device is a thing of the past.

A new 13.4-inch jumbotron serves as the central infotainment display and its graphic layout confirms that orienting the thing in a horizontal view is the right decision.

Super Cruise, a hands-free driver assistance technology which permits attentive drivers to take their hands off the steering wheel to let the truck handle acceleration and lane changes, is also on board the Denali Ultimate. We’ll detail usage of that gee-whiz tech in a separate post.

On the road, the towns of Deer Lake and Grand Falls-Windsor appeared and faded into the distance like an old AM radio station.

By the time Gander, a community brought to the world’s stage on Broadway, hove into view we had a solid read on the Sierra’s fuel economy. With roughly half a tank left in the saddle and nearly 500 kilometres knocked off our drive, we felt optimistic the truck would make it to Cape Spear without stopping – though the humans on board were beginning to stretch the boundaries of their own stamina.

Turns out that packing a cooler full of water staved off hydration but did nothing for bladder capacity. We pressed onwards.

Cape Spear is not only the eastern extremity of Newfoundland island but it is also the most easterly point in the whole of North America, making it the perfect terminus for our one-and-done drive across the island.

Thanks to distance from the nearest diesel fuel stations relative to our start and finish points on this drive, we rolled up a total of 935 kilometres between fill ups, at which point the Sierra hoovered up 79.5 litres of Irving’s finest.

Some back-of-napkin math reveals this to be just 8.5L/100 km (roughly 27 mpg in old-school measures), not to mention there was still 11 litres of fuel remaining after our drive.

This suggests an estimated total range of 1070 kilometres, a remarkable feat for a full-size truck which provides a finely-crafted climate controlled cabin and massaging seats.

In fact, that’s one of our biggest takeaways from the Sierra 1500 Denali Ultimate after nearly 1000 kilometres behind the wheel: General Motors offers a great combination of fatigue-reducing driver aids on a full-size pickup.

The triumvirate of Super Cruise, massaging leather thrones, and helpful camera angles permits drivers to arrive at their destination alert and refreshed while being safer on the road.

Even if that road was seemingly designed by a guy tailing a meandering cow. 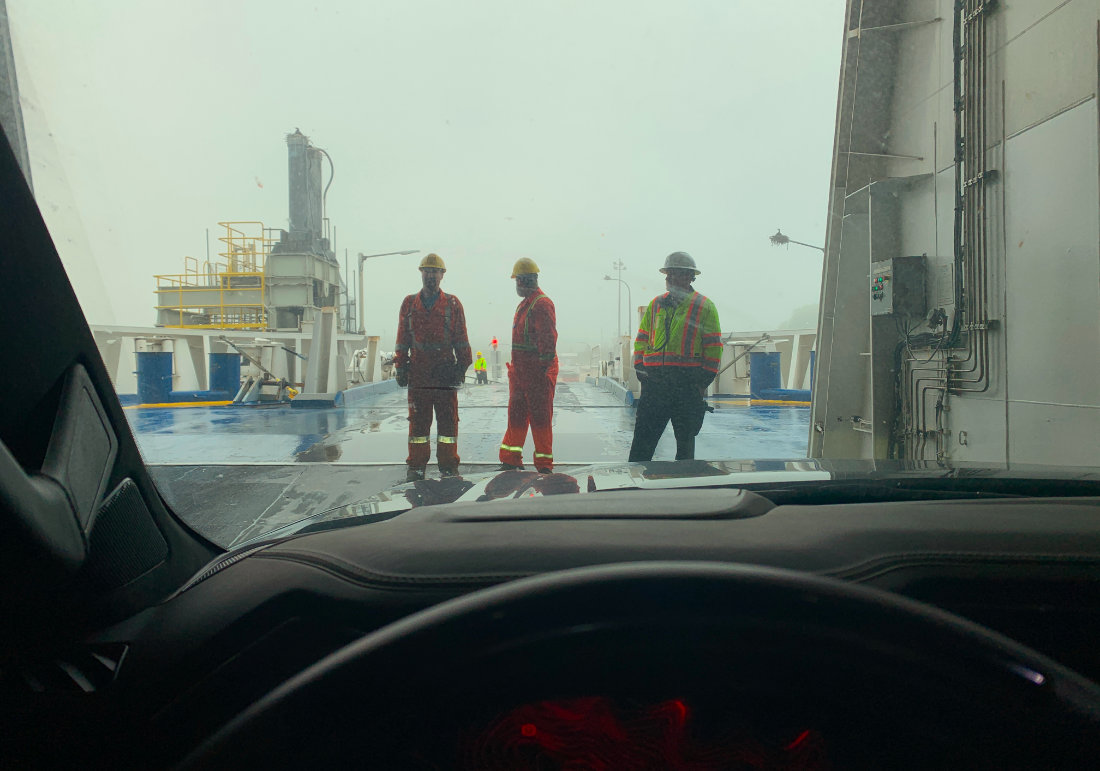