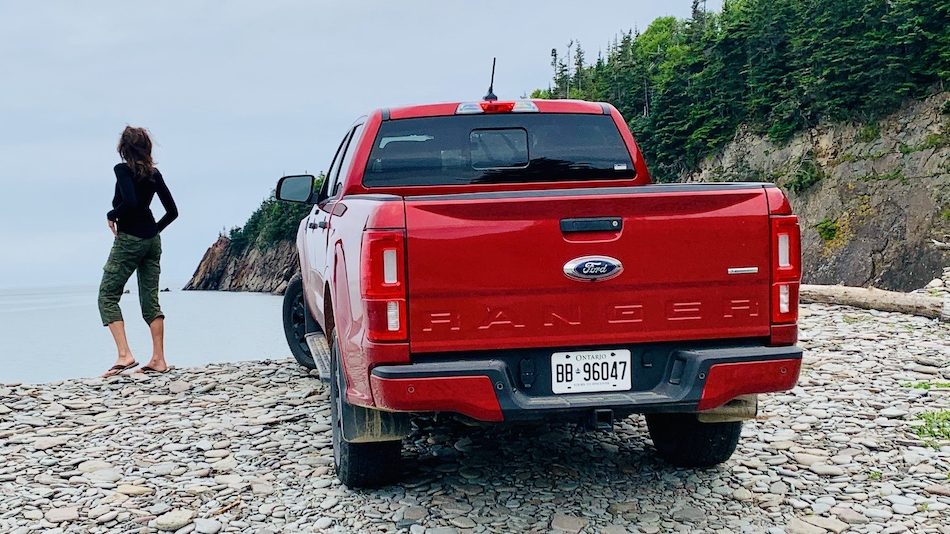 The ‘low fuel’ light had been on for 15 minutes in the 2020 Ford Ranger we were driving. Although the distance to fuel was 20 kilometres less than our fuel range, the fact that we were on a remote logging trail brought on the questions. 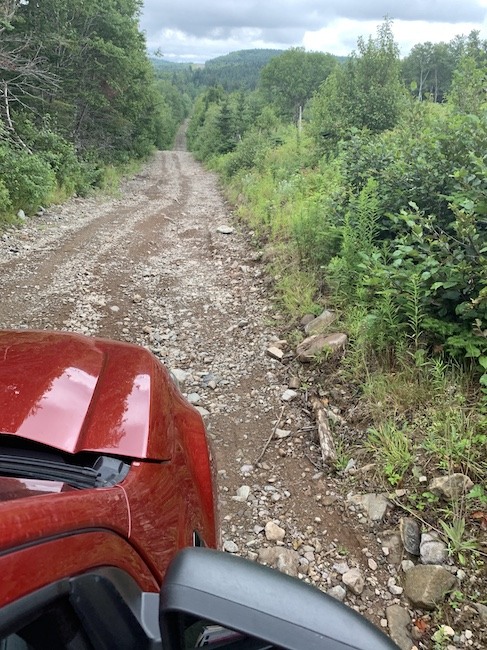 What if we blow a tire on a section of sharp rocks?

Was it our imagination or was the trail we were following getting narrower?

How could we have forgotten to get fuel in Sussex before taking to the back country between there and Fundy National Park?

Of course we blamed the fuel fiasco on the distraction caused by the mesmerizing murals that are everywhere in picture-perfect Sussex, the tidy town in the lush hillsides between Moncton and Saint John. That, and Lisa’s insistence on finding a covered bridge nearby she had heard about. 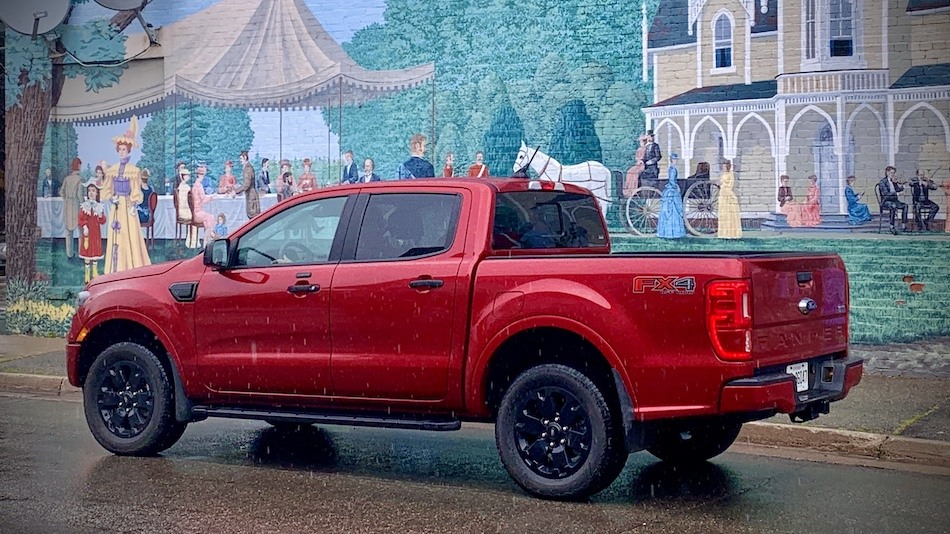 We were in the final throes of a 100-hour drive through the province of New Brunswick to check out diversions from the cruise-controlled Trans Canada Highway route.

There are plenty, contrary to comments we’ve always heard about New Brunswick being only a place to get through on the way to Nova Scotia, Prince Edward island and Newfoundland destinations.

New Brunswick’s 515-kilometre section of the Trans Canada Highway, from the Quebec border near Edmundston to the Nova Scotia border, is one of the finest stretches of four-lane highway in Canada. The controlled-access highway is smooth, picturesque and easy to make time on with a 110 km/h speed limit and relatively low traffic.

When transiting New Brunswick, take some diversions off the Trans Canada Highway

Our look at alternatives through New Brunswick began three days earlier with a diversion deep into the northern part of the province. There, we climbed Mount Carleton, the highest peak in the maritime provinces.

From Grand Falls/Grand Sault, continue south to Fredericton. There are plenty of excellent stops along the way, like the spectacular waterfall and gorge in Grand Falls, the longest covered bridge in the world in Hartland, the world’s largest axe in Nackawic (it’s 15 metres tall!) and Kings Landing, a working replica of a traditional pioneer village.

South of Kings Landing, drive across the Mactaquac Dam for a lesson in mega dam construction and awesome views of the spillway and the headpond the 60-year-old hydro project manages.

Stop in Fredericton, the beautiful full-service provincial capital city on the banks of the Saint John River, that offers cultural and educational opportunities galore.

Leaving Fredericton, there are a handful of options. Check out the network of small ferries and covered bridges (New Brunswick has 58 of them) that crisscross tributaries of the mighty Saint John River as it flows toward the Bay of Fundy.

We skipped that option, although we found one near Poley Mountain, but stay tuned for a story about that area soon. 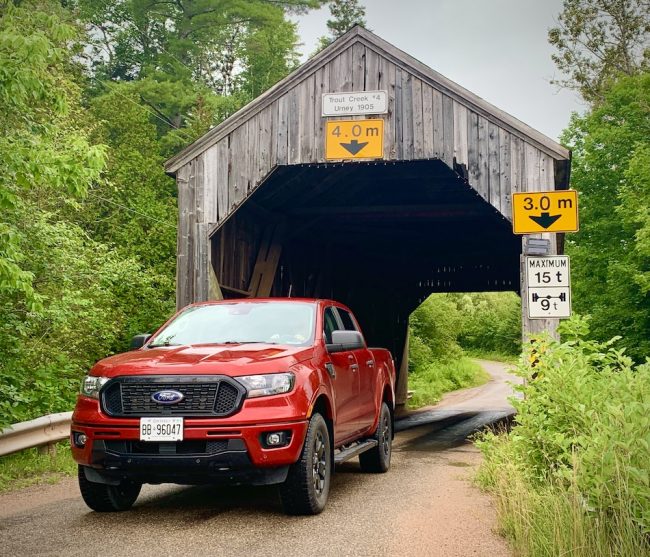 We chose to drive through Fundy National Park, on the Bay of Fundy coast where the highest tides in the world have carved out dramatic, unique landscapes.

Eventually we got through the maze of old logging roads and the all-new Ford Ranger hauled us safely to a gas station at Alma, at the entrance to Fundy Park.

We fueled the peppy 3.3-litre EcoBoost four-cylinder Ranger then feasted on fried clams and lobster rolls (of course!) before making our way to Cape Enrage, a promontory with spectacular views of the Bay of Fundy and a landscape that makes you think you’ve landed on another planet. 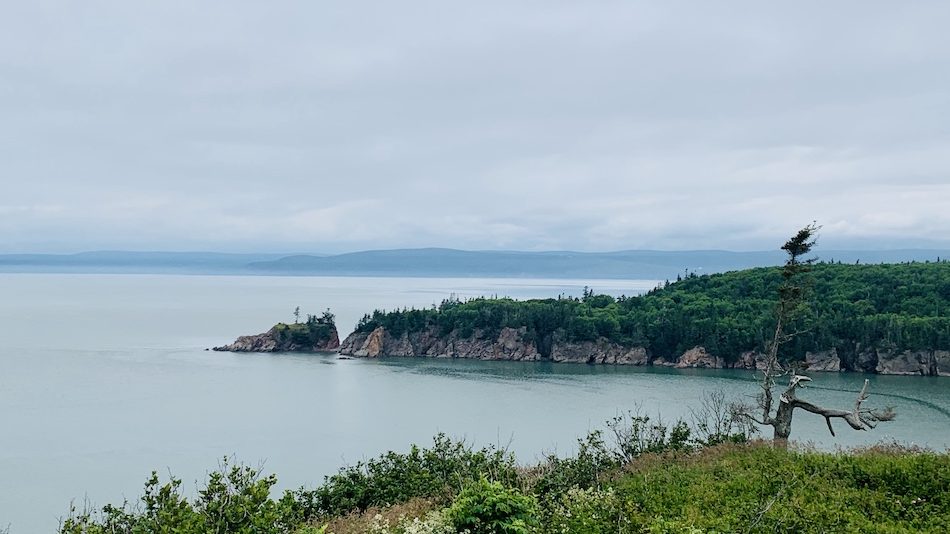 From there, the drive along Shepody Bay then the Petitcodiac River to Moncton is one of our favourite drives anywhere, with loads of roadside attractions ranging from a Railway Museum in Hillsborough to an accessible underground lake. 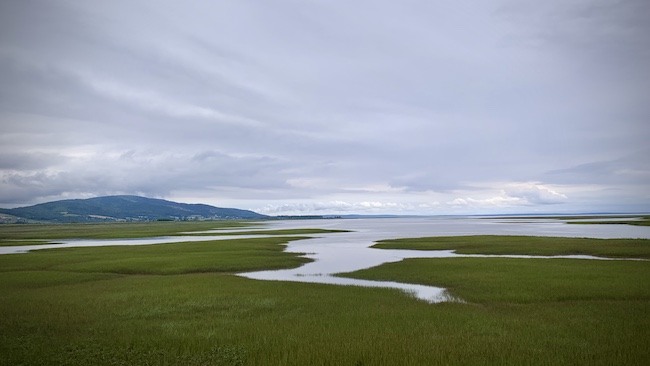 Moncton, Hub of the Maritimes, is a fine place to regroup with lively night life and excellent shopping. Plan your stop to take in the twice-daily Tidal Bore and try a spin up and down Magnetic Hill. Don’t forget the beaches of Shediac are a mere 20-minute drive away.

From Moncton to the Nova Scotia border, consider taking the old road through historic Dorchester to Sackville. There, you should try a coffee and yummy baked goods at Cranewood on Main then stroll through the campus of Mount Allison University, one of the finest undergrad facilities in Canada.

Of course, our trip was the tip of the iceberg in terms of New Brunswick diversions.

We’ll be re-visiting areas in more depth during the months ahead. Hope you come back to read more.