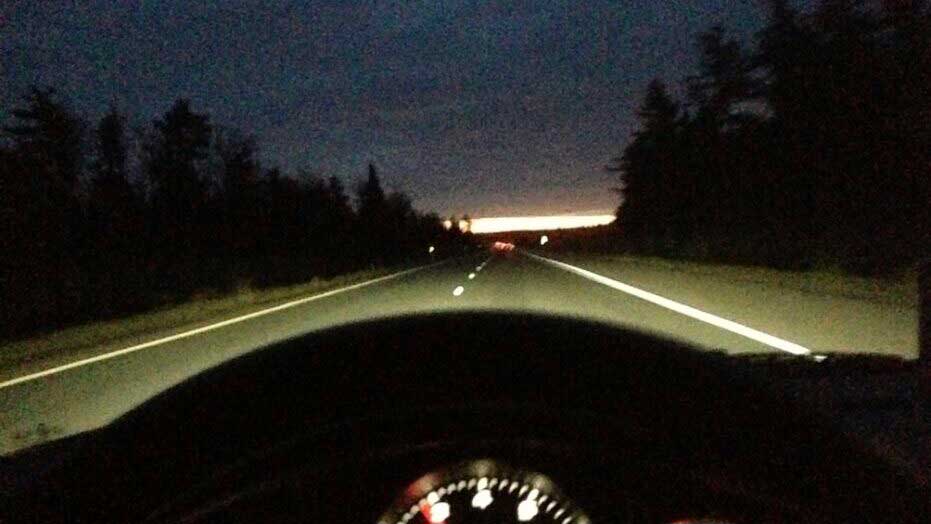 Why not fly from Halifax to Manchester, New Hampshire to buy a 1986 Corvette, sight unseen? What could go wrong?

In May of 2013, I was a 21 year old Industrial Engineering student looking for a summer project. A “quick flip,” if you will. I was young and looking for adventure.

My travel companion and I landed in Manchester and were picked up by the used car salesman at the airport. I could sense things were off from the start. You know when your gut tells you shouldn’t trust someone? That feeling grew and grew over the 30 minute drive from Manchester to Pelham, on the MA border.

Finally, we pulled onto the used car lot. There she was in all of her 230 HP glory: my new 1986 C4 Corvette 4+3 manual project. She looked good from afar. Once I got closer, I could see that none of the paint matched. The front and rear facials had been taken from a 1995 model of a similar but still noticeably different shade of light blue. 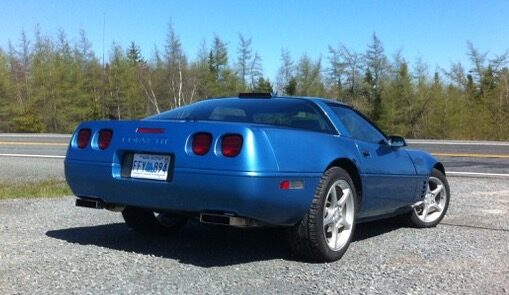 I sat inside, and took stock of what we wouldn’t have for our drive home: heat, AC, or any ventilation beyond opening the windows.  The fan motor was not working. No radio, because the power antenna didn’t work. The wiring was a nightmare.

The 4+3 used a traditional Muncie 4 speed manual transmission, mated to a Borg Warner overdrive unit. The system was intended to increase fuel economy, and was supposed to engage automatically in 2nd, 3rd and 4th when the driver pressed the overdrive button. It’s a known failure point on these cars and mine had, predictably, failed. The salesman proudly showed me how a previous “electrician” who’d worked on my car had simplified this system down to a toggle switch on the side of the center console. Overdrive in 1st gear was interesting, albeit not particularly useful.

I set out on a test drive. The steering was a mess. The entire steering column shook violently over any kind of bump, and the turn signal stalk was broken internally. This meant you had to flap it wildly and sometimes, it worked. The cruise control didn’t work, the wheel bearings and transmission were also making bad noises.

I had been completely lied to by the seller. I renegotiated the price, paid, and left still fuming.

My mood was as dark as the sky as we moved north along I-95. We’d just made it to Maine when the clouds opened up. I turned on the wipers, and watched in horror as the wind blew the driver’s side wiper off into traffic.

Trying to replace the wiper arm at an auto parts store was a lost cause and the passenger side arm did not work on the driver’s side. With no other options, we returned to I-95 with only the passenger side wiper. Thankfully, someone had recently applied a hydrophobic coating to the windshield. I drove as fast as possible to help the water bead, while desperately trying not to hydroplane.

As night fell we discovered our headlights were dire, and only the driver’s side was aimed correctly. I drove with my head out the window, trying to find the lane lines which were mostly under water. My passenger divided his time between wiping off the fog inside the windshield and calling out my distance from the shoulder, which I couldn’t see. Every time I hit a patch of standing water the car hydroplaned and, due to worn bushings in the steering column, the steering wheel shook violently in my hands.

Around 2:30 AM, we came to a bridge outside of Saint John NB. My passenger shouted out, “Guardrail!” and yanked the wheel violently left. On our left was a semi-truck. If I hadn’t had a firm grip on the wheel, we would have wound up underneath the trailer like one of the Civics in The Fast and the Furious.

I couldn’t take any more. I pulled off at the next exit and called my father in Saint John, waking him, to come get us.

In the morning my irate father helped us limp the car back to Halifax. His parting words: “You’re not to drive this car. Fix it and sell it.” 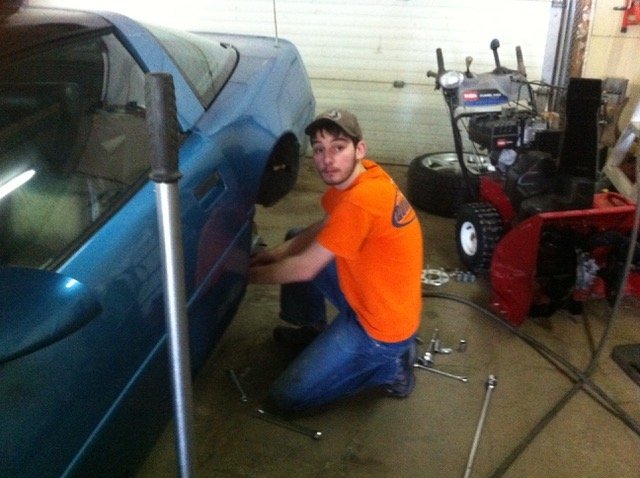 The next day, I drove the car. I went for a quick cruise around our house and decided to see what 230 HP could do. I was rolling in 1st when I floored it, shifted 2nd at redline and went for 3rd when I heard a loud BANG…

So there I was, the day after having driven 1000 km home, stuck on the side of the road 10 km from my house. I called for a tow. 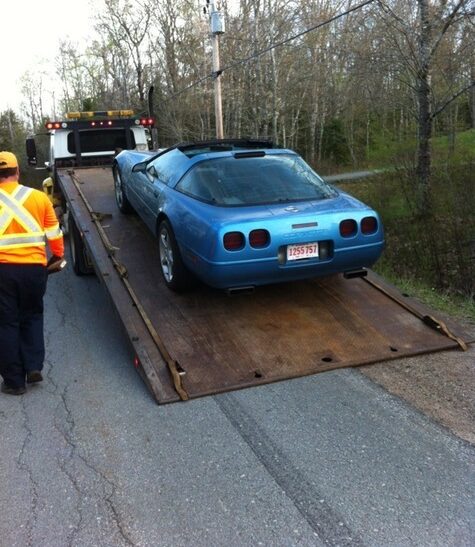 Andrew Wilson lives in Fall River, Nova Scotia and enjoys cars in all aspects; be it driving them, working on them or learning about them. If it’s about a car, Andrew is interested!
Top