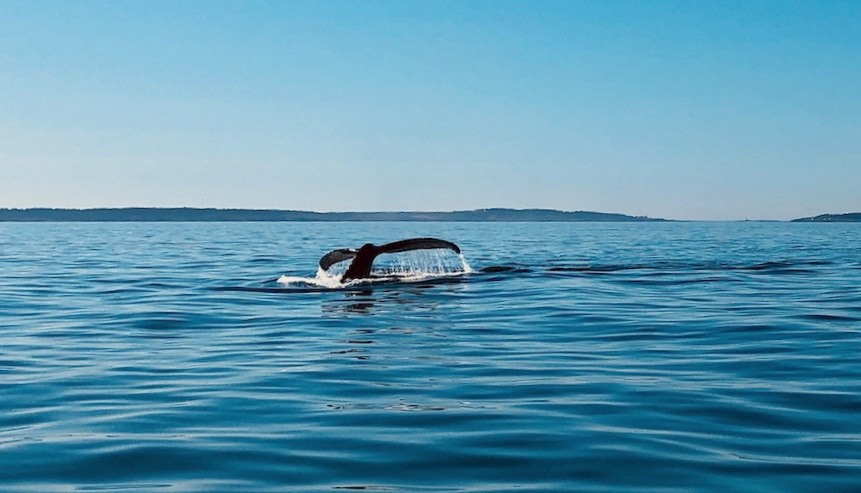 Happy Anniversary! ♥️ How about whale watching and a Porsche?

My wife and I recently celebrated our one-year marriage anniversary. On the actual date, I managed to get fairly cliché and bought wife Liz a bouquet of flowers along with a nice bottle of champagne and took her out for dinner.

I didn’t mind being cliché because it’s the thought that counts after all, and besides, our main celebration was a road trip to Nova Scotia’s Annapolis Valley and Digby area on the Bay of Fundy the weekend after.

Not that I needed anything in return, but Liz asked what I wanted for our anniversary a few days prior. 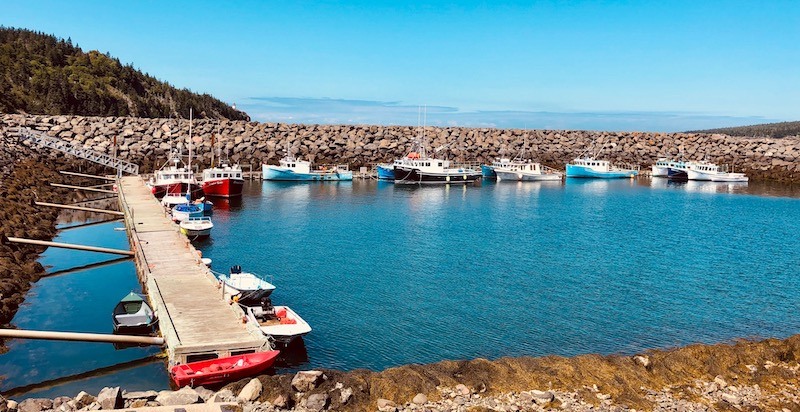 “A Porsche,” I said, with a cheeky grin on my face.

Liz is used to me sneaking in ‘a Porsche’ as a line item on many grocery lists. It’s a running joke because the likelihood of me ever owning my own Porsche is realistically slim to none.

Liz will sometimes humour me by saying maybe one day I could at least afford a decent used version of one of Germany’s finest. I usually scoff. There’s still the relatively high initial cost of buying used, along with the inevitable high price of maintenance and general upkeep. German cars are fantastic, but you gotta pay to play.

However, Brad Sellars, Sales Manager at Porsche of Halifax, was all too happy to bust that myth. 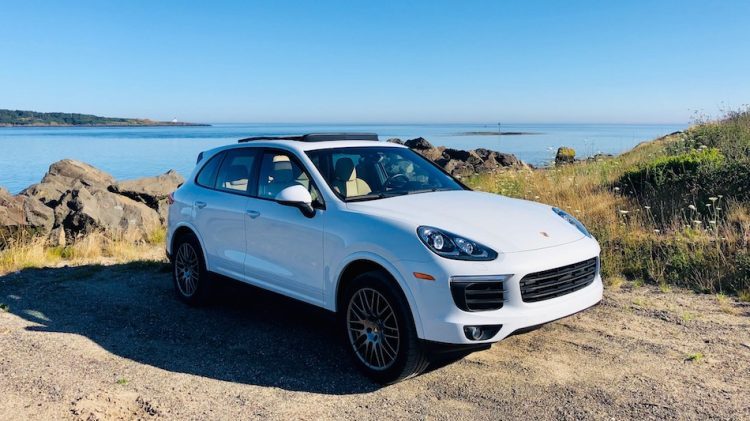 The Porsche Approved Certified Pre-Owned Car Program’s slogan is “Because every Porsche should come with peace of mind”. It offers an additional two years unlimited warranty for vehicles up to eight years old along with a 111-point checklist, the use of only genuine Porsche parts, and the work performed only by certified technicians.

“We can’t foresee the future. But we can guarantee its quality,” the Program promises.

Brad is so confident that a used Porsche feels as good as new that he was kind enough to loan one to us for our road trip. So, in a way, I got my Porsche as my anniversary gift after all.

The 2018 Cayenne Brad loaned us was the base version. You’d be hard pressed to tell, though, with the abundance of standard features along with a healthy 300 horsepower. As impressive as Porsche SUVs promise to be, their sports cars are more my style. Then I got behind the wheel.

A previously-owned Porsche is still worthy of Porsche badge

Liz and I enjoy taking the older highways during road trips. It may take a bit longer, but it allows us to check out quaint little towns, neat architecture and, of course, more interesting roads. 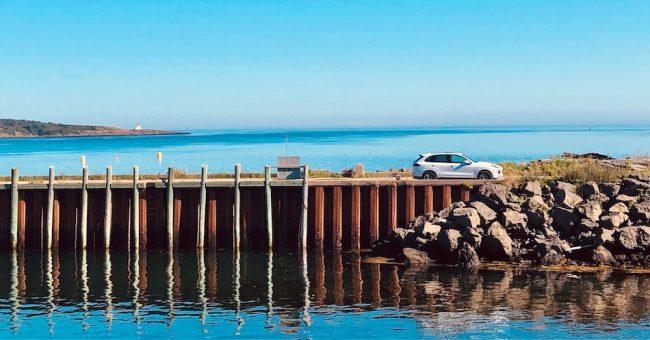 I don’t think I’ve ever driven a vehicle that is able to balance handling, general performance, comfort and versatility all at once on those back roads. Some of the curviest roads can be found while going through Bear River, where mountain-like hills along the water promise an amazing experience. There were a few times I wished I was in a 911, but for the most part the Cayenne ensured there was still a big grin on my face.

While there’s no doubt the Cayenne is worthy of the Porsche badge on the hood when it comes to performance, Liz appreciated its smoothness on the highway along with its overall comfort.

It didn’t take long for us to forget this wasn’t a brand-new car we were driving.

Bear River is one of the more interesting parts of the province. In town, there’s an eerie, almost haunted feel. But that is offset by two local wineries, lots of local little restaurants and cafés, and friendly locals.

You can find lots of unexpected treasures. I never expected to have the best burrito I’ve ever had in Bear River, for example.

Our trek took us to Digby Neck where we decided to take in a bit of whale watching in Freeport.

That turned out to be one of the best decisions of the trip. We encountered several humpback whales, including a mother and baby calf, along with the ‘escort’ whale, which is usually a teenager who provides protection while mom and baby feed. We were able to get about 20-feet away from them, which meant lots of spray from the blowholes getting in your hair. 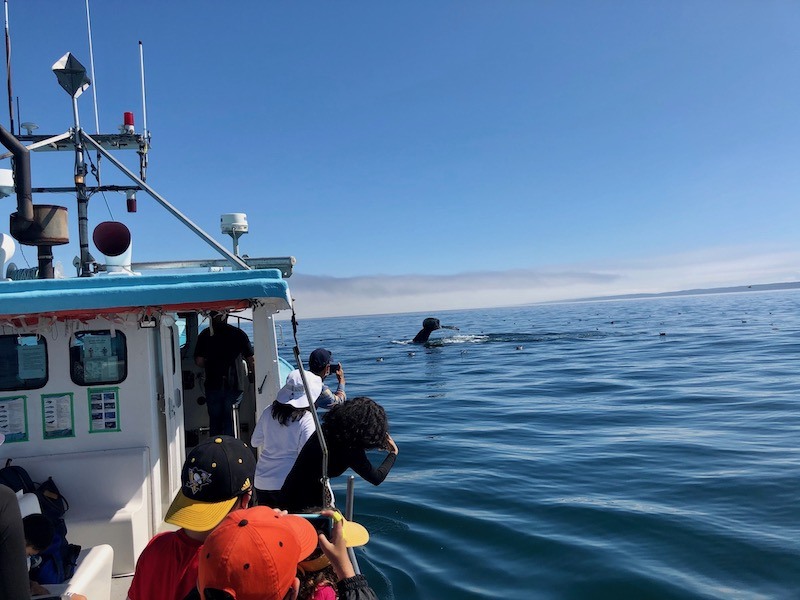 A short ferry ride over to Brier Island allowed us to test the SUV-capabilities of the Cayenne on some dirt roads, along with visiting the Northern Light & Alarm Lighthouse. There are plenty of inukshuks on the shore next to it, making it a truly charming and historical little spot. 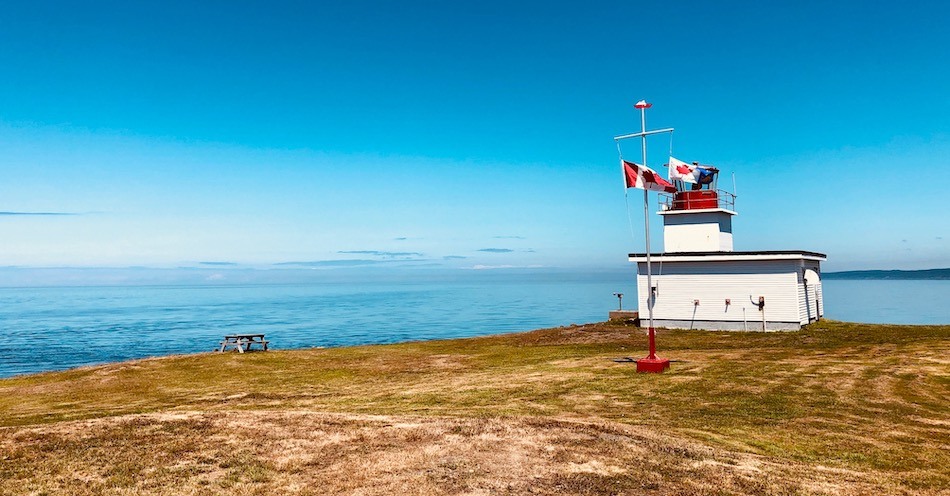 Our journey back included a stay in Wolfville where our room overlooked the famous mudflats, caused by the tidal activity of the Bay of Fundy, home of the world’s highest tides.

Wolfville and Port Williams are home to many local breweries, wineries, distilleries and culinary adventures. There’s also the famous Blomidon Look Off which provides an incredible view of the valley. 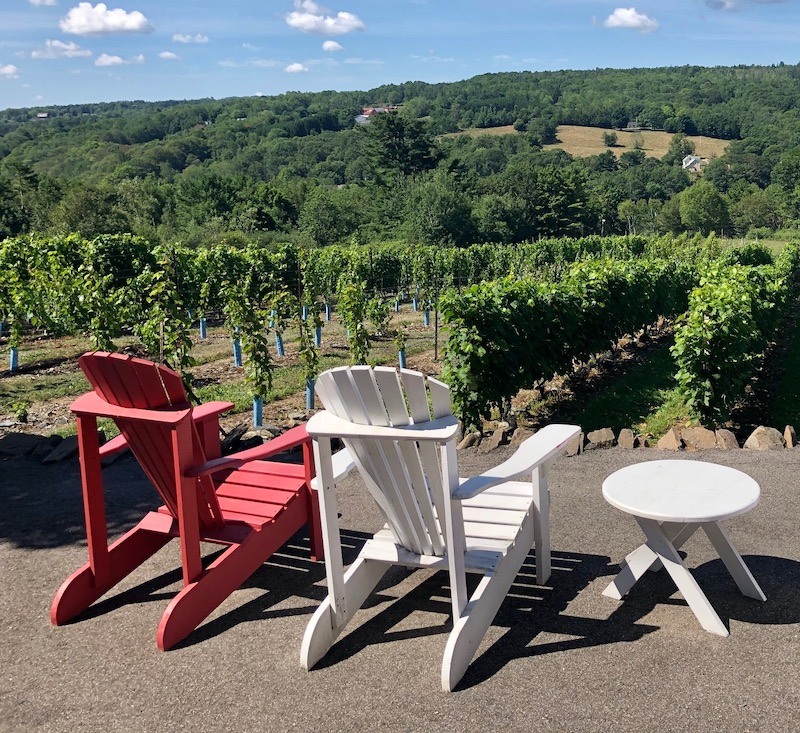 We thoroughly enjoyed our much-needed vacation and having the Cayenne chauffeur us around made it even more special. I’m happy to report zero issues with it during the trip.

And now that Liz has had some firsthand experience, convincing her that I should get a certified used Porsche shouldn’t be too difficult anymore.

Oh wait. But then there’s the Mazda MX-5. Hmmm. 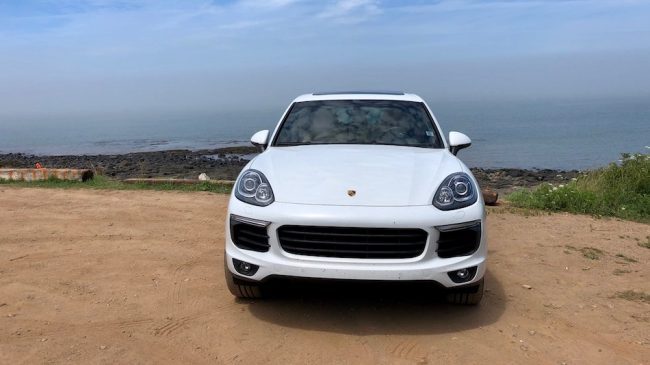 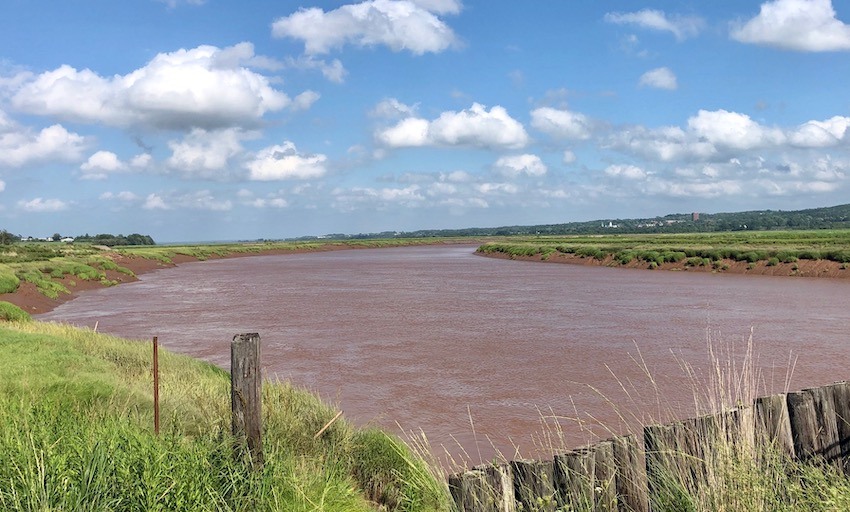