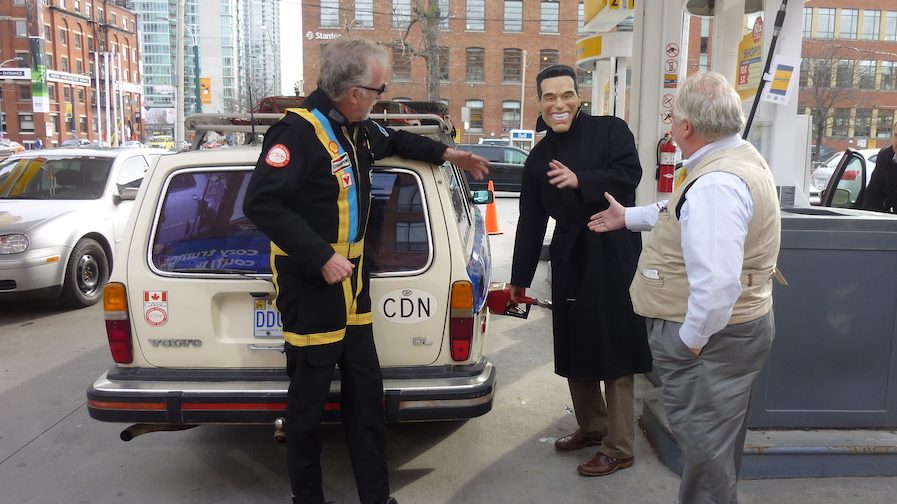 Of course, we can’t complete the 40-year anniversary celebration of the historic Guinness World Record drive around the world by me and Ken Langley without saluting Red Cloud, our 1980 Volvo 245 DL.

We casually began to call the car Red Cloud as we were preparing it for our adventure and the name stuck over the 74-day planetary drive and through the 40 years that have passed since.

So what has Red Cloud been up to these past 40 years?

Since its return from the circumnavigation of the globe in 1980, Red Cloud has travelled the equivalent of seven more times around the world.

With 364,000 kilometres on the odometer, the car has had no major mechanical issues other than exhaust, brakes, shocks, tires and routine maintenance.

To the best of my recollection, here are the highlights of Red Cloud’s career to date.

Red Cloud broke the around-the-world driving record by circumnavigating the planet in 74 days, 1 hour and 11 minutes.

Red Cloud was the featured vehicle in many parades, including the 1980 Grey Cup Parade in Toronto and Halifax’s Santa Claus Parade, Christmas 1980.

Featured vehicle at auto shows in Montreal, Toronto, Calgary and Vancouver. I also used it as a daily driver and it lived at a parking meter on Queen Street East in Toronto whenever it wasn’t on display at exhibitions, Volvo dealerships and parades across Canada. 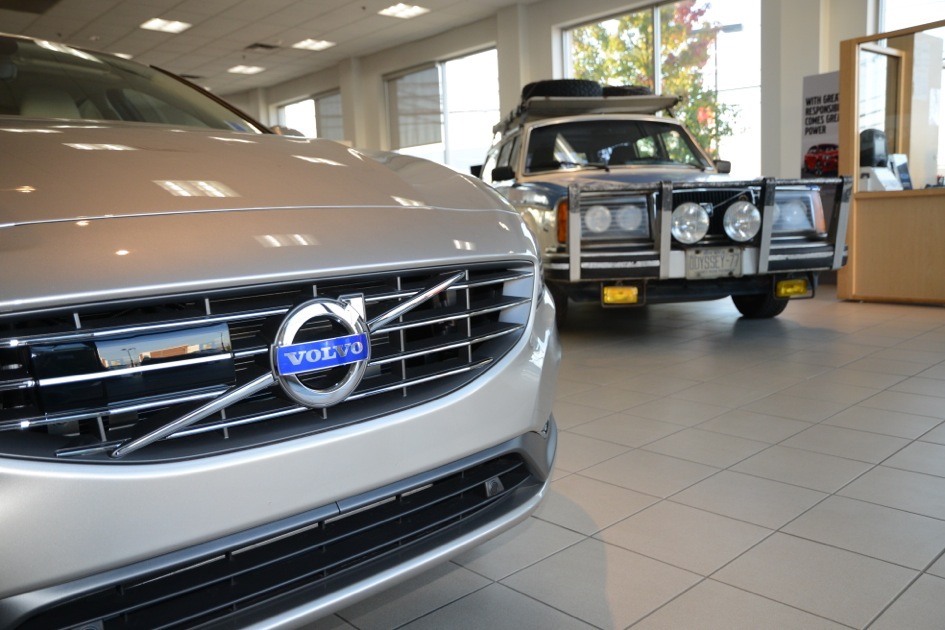 Motorola used used Red Cloud as a promotional asset in the launch of its new Scandinvanian operation with Nordic Telephone System.

Attended the Guinness Book of Records Convention of World Record Holders at Faaker See, Austria. (That was a fun one!)

On exhibit at various auto museums in Europe.

Country Fairs and special events tour throughout the United Kingdom in collaboration with Volvo UK.

Red Cloud sat in an old barn in the middle of a farmer’s field in England. Was Red Cloud destined to become another pile of rusted metal, like one sees on so many drives through the countryside, after such a glorious childhood and adolescence?

Red Cloud mostly lived in storage in Moncton, New Brunswick through these years.

Red Cloud rides again!  Proving its mettle, placed 2nd in its class in the highly competitive Alcan 5000 Rally. From Seattle, I drove it to Los Angeles, California for the opening of Petersen Automotive Museum where Red Cloud and its ‘siblings’ had an exhibit room of their own for five years.

Red Cloud returns to its birthplace in Halifax, Nova Scotia

On display at the Museum of Industry in Stellarton, Nova Scotia

Around the World in 24 Hours. Ken Langley and I got together with Red Cloud at Toronto’s CN Tower and did a 24-hour drive around Toronto stopping at 23 venues representing the 23 countries we travelled through on the drive around the world. 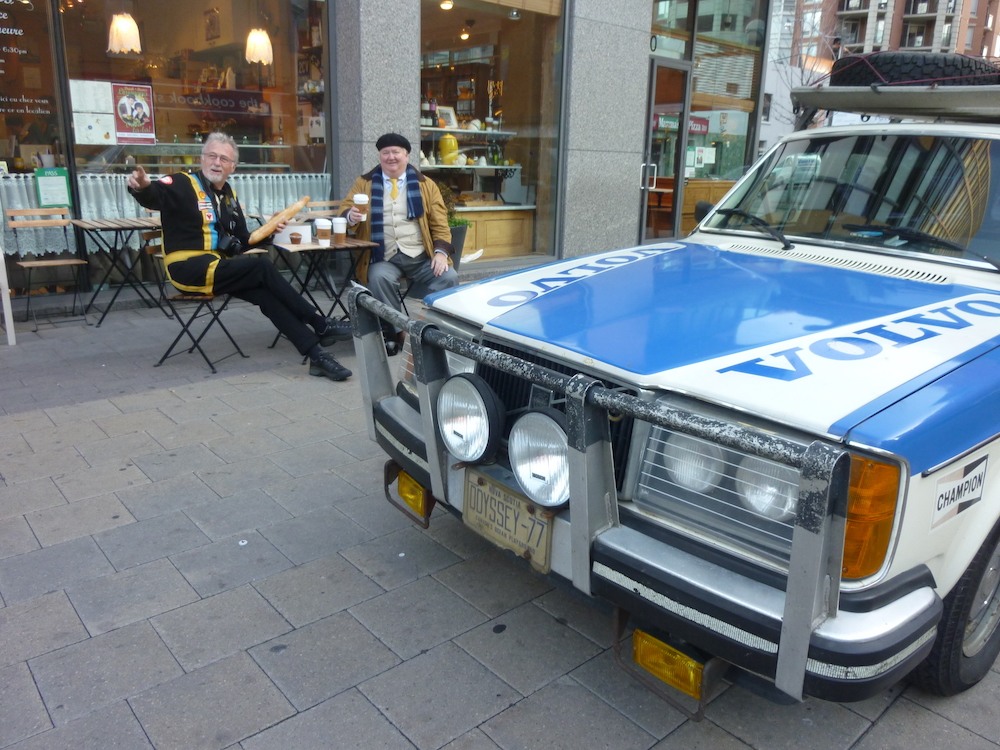 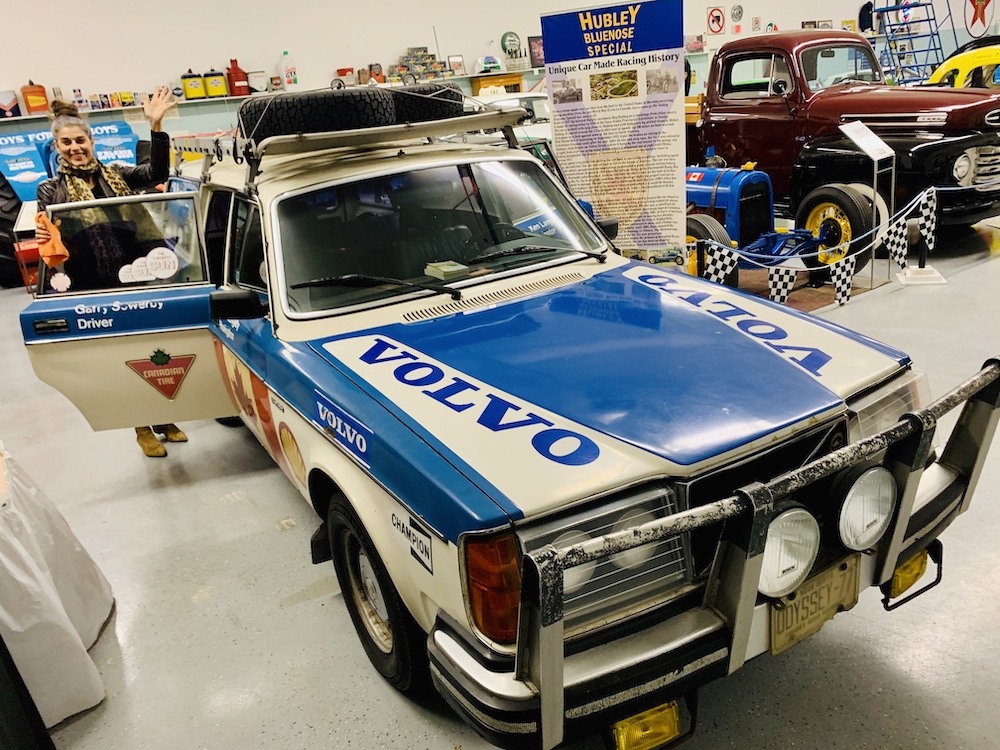 Stretched its legs for a day of filming with CBC for a mini-documentary you can see here to celebrate the 40-year anniversary of our trip around the planet. 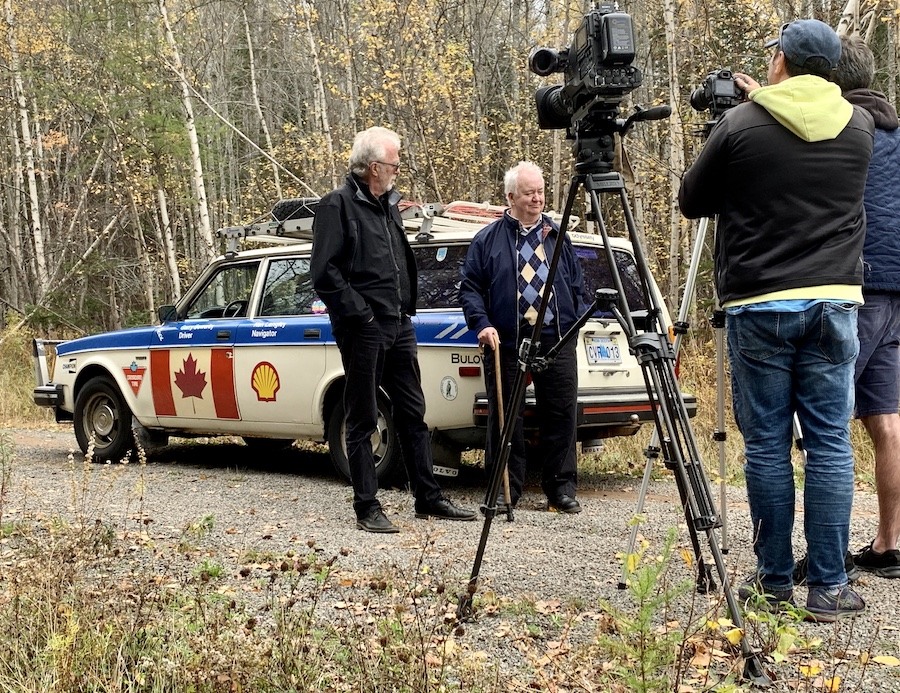 Red Cloud is back at the MMHF now awaiting its next mission. That could be next summer or in 10 years for its 50th anniversary.

In the meantime, anyone who wants to meet Red Cloud, drop by the Maritime Motorsports Hall of Fame Museum in Petitcodiac, NB and check it out, along with some other pretty special vehicles and artifacts at this cool auto museum. 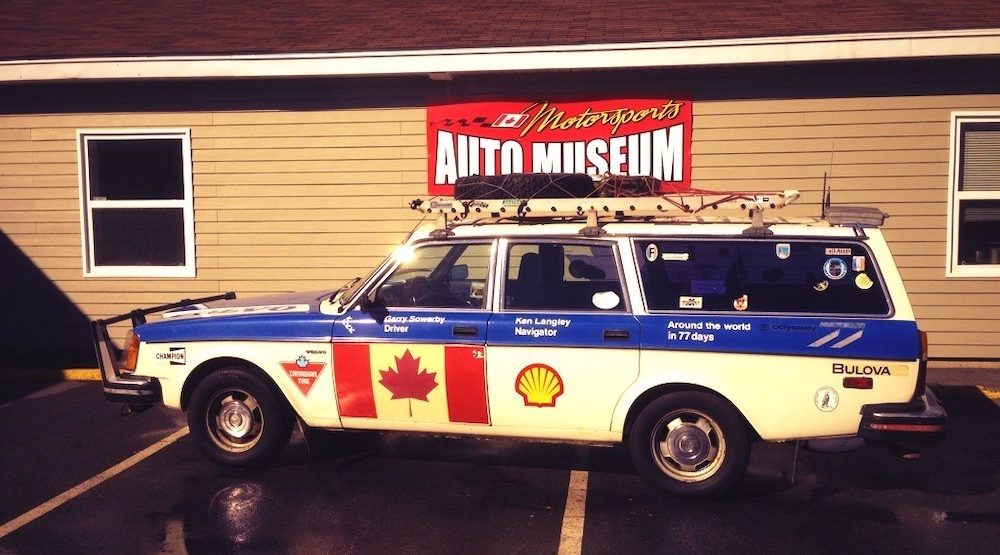 I have owned this Halifax-built car for 40 years. It has been, as any car one keeps for decades, a source of worry, a millstone, an expense and needs to be maintained and nurtured.

But hey, it’s Red Cloud. And after everything we have been through together, it’s worth all of that.

*This friendly, familiar car was featured as East Coaster of the Day last month, but without its then-hi tech paint and decal livery. More on Red Cloud here. 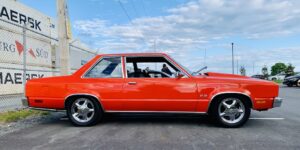